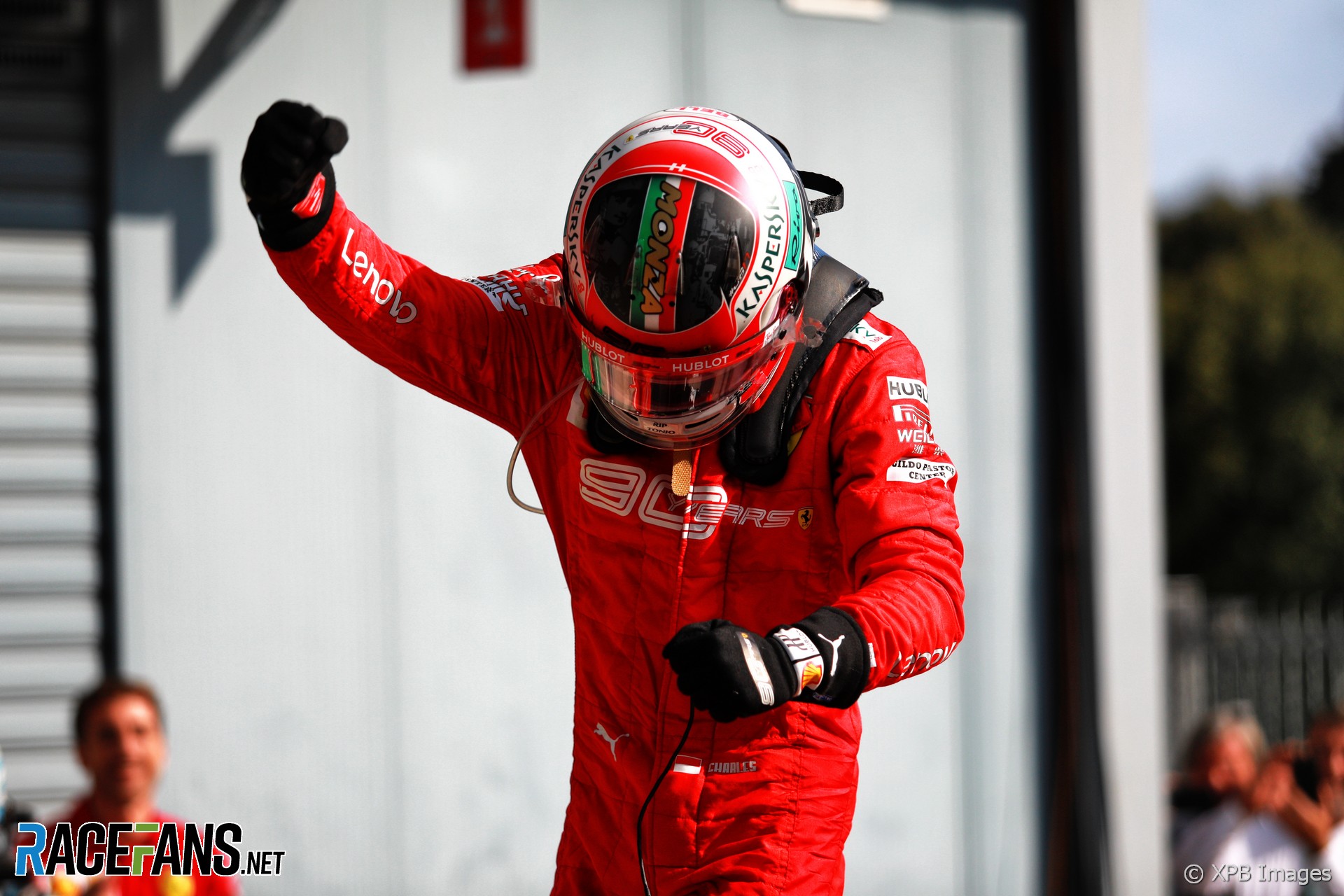 While Leclerc began celebrating his victory in front of the Monza crowd, Binotto told him “oggi sei perdonato”, which means ‘today you are forgiven’.

Binotto was asked what he meant by the remark after the race during the team’s press conference involving him, Leclerc and Sebastian Vettel.

“‘Oggi sei perdonato’ – it means that whatever happens in the last days that we discussed – that’s something that will remain between our three – at least today he did a good job,” said Binotto.

“That’s for me as a way of telling him that today at least we’re happy for the job he did,” he added.

While Binotto was unwilling to elaborate on what Leclerc needed to be ‘forgiven’ for, Vettel had expressed dissatisfaction with Leclerc’s driving in qualifying 24 hours earlier.

Vettel had given his team mate the benefit of the tow in their first run in Q3 and Leclerc was supposed to return the favour on their subsequent run. However Vettel overtook Leclerc shortly after they left the pits and Leclerc did not re-pass his team mate until the end of the lap, by which time it was too late for either of them to complete their final runs.

Vettel qualified fourth while Leclerc took pole position. After the race Leclerc said Vettel had been “extremely unlucky” in qualifying.