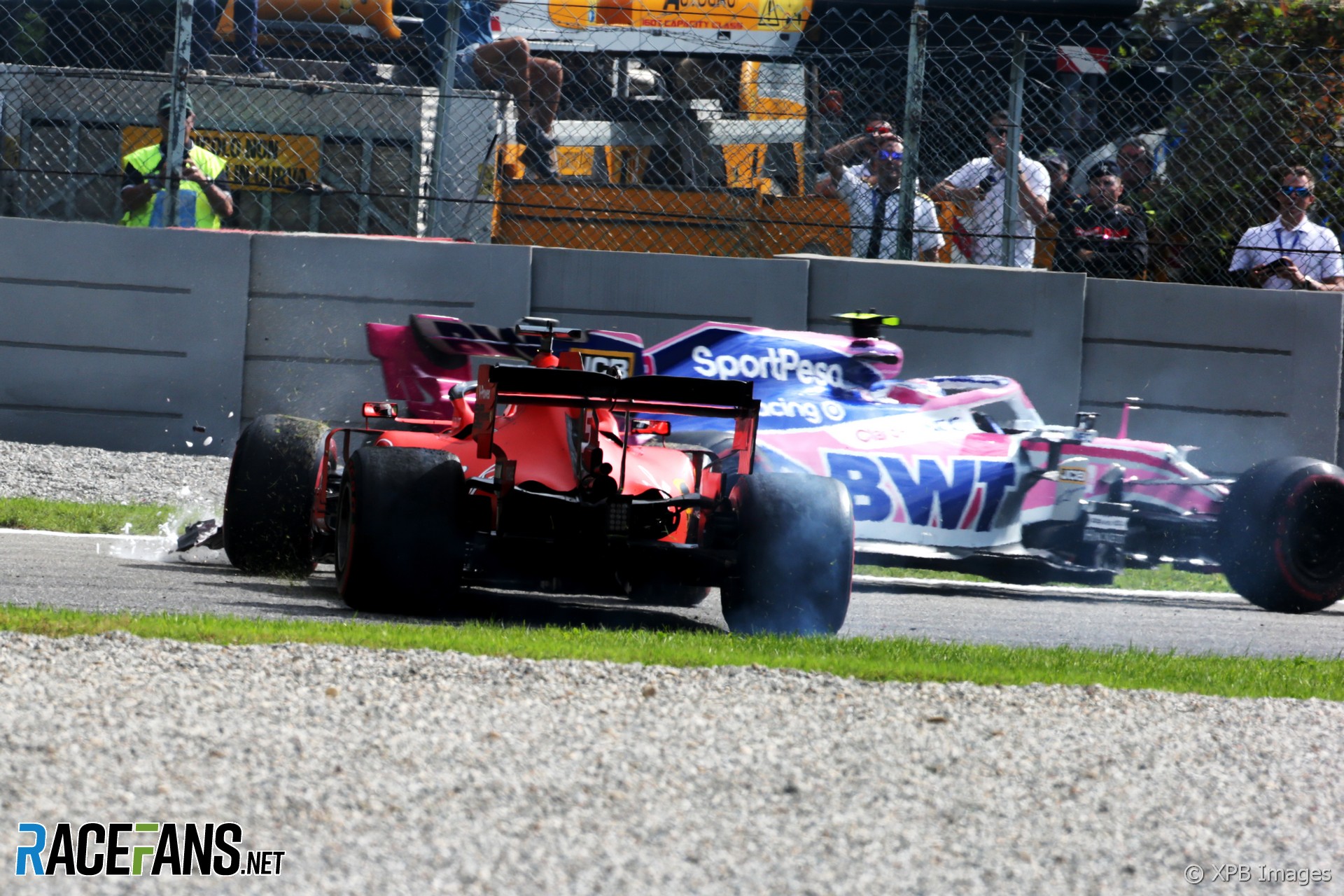 The stewards did not consider disqualifying Sebastian Vettel from the Italian Grand Prix for his “dangerous” manoeuvre with Lance Stroll, according to FIA race director Michael Masi.

Vettel spun off the circuit in the high-speed Ascari complex, then drove across the racing line in front of Stroll, who collided with the Ferrari driver. The stewards gave Vettel a 10-second stop-and-go penalty for the collision, which is the most severe time penalty available. He was also given three penalty points on his licence for the collision, which the stewards described as a “dangerous incident”.

Masi, who is not one of the race stewards, said the possibility of excluding Vettel from the race results was not considered. “Not to my knowledge and it wasn’t something the stewards brought up,” he said.

The International Sporting Code permits the stewards to show drivers a black flag instructing them to enter the pits and stop. However Masi told media at Monza this would not be used to disqualify a driver from a race.

“The black flag, there’s people in this room that would probably remember it because I certainly can’t,” he said. “You’ve got to do something seriously severe to be disqualified from a race.

“Further, you can’t actually disqualify under the International Sporting Code without giving someone the opportunity to be heard. So even in that case a black flag would not be displayed during the race, it would be a hearing afterwards.”