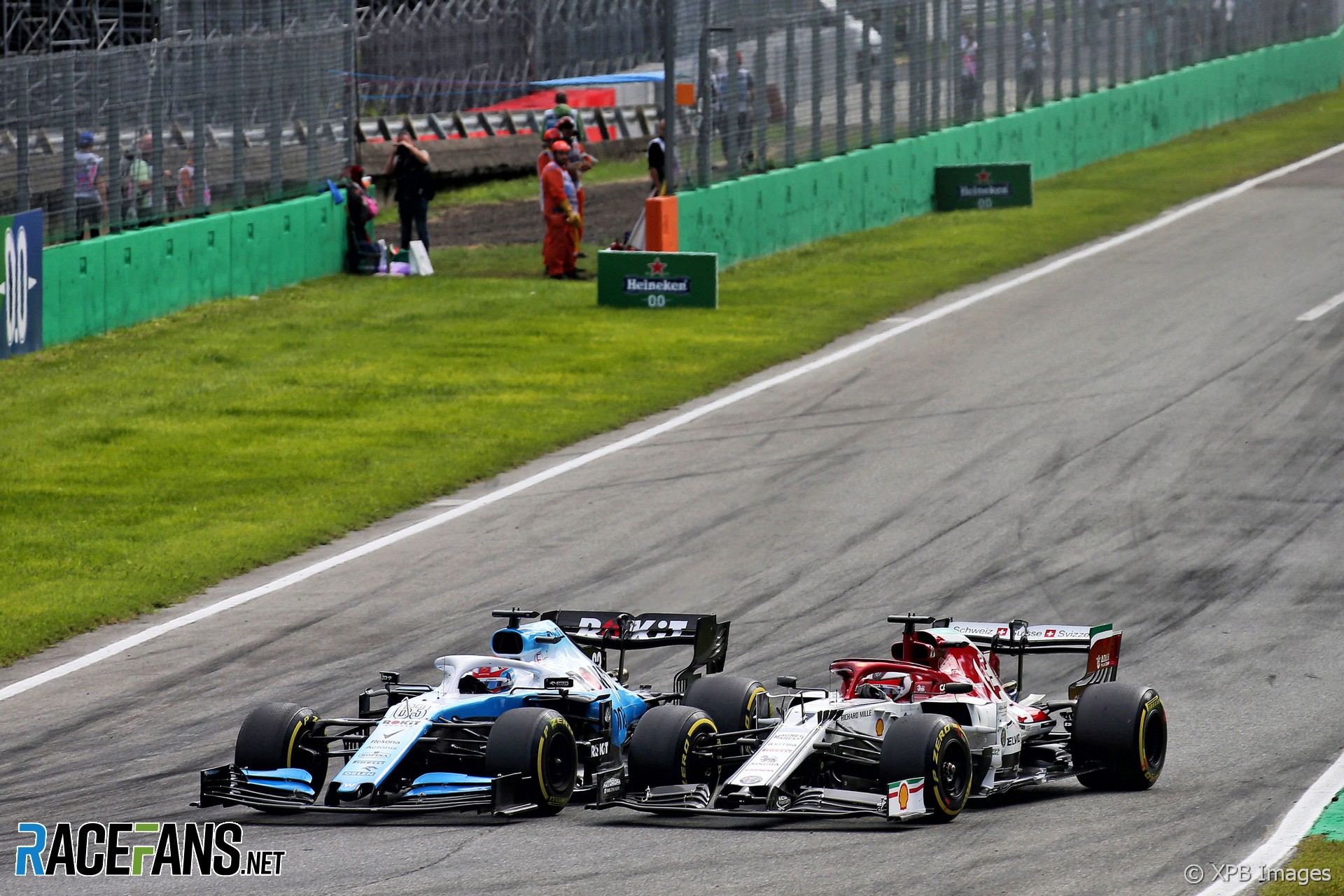 Kimi Raikkonen says the next round of the championship can only be better after a string of mistakes ruined his Italian Grand Prix weekend.

The Alfa Romeo driver crashed in practice and again during qualifying. The second crash forced the team to change his power unit and gearbox, which meant he had to start from the pit lane.

However the team mistakenly believed that exempted Raikkonen from starting the race on the set of tyre he had used to get through Q2. They put him on a different set of tyres, and as a result received a mandatory 10-second stop-and-go time penalty. He finished the race 15th, one lap down.

“Well that was a sh** weekend,” said Raikkonen in the team’s post-race press release.

“First my mistake in qualifying which unfortunately meant that we had to change gearbox. Then we decided to also change engine and start from the pit lane, but we had the wrong tyres on and with the penalty my race was more or less over.

“[I’m] looking forward to Singapore, as it can’t get worse,” he added.

His team mate Antonio Giovinazzi enjoyed a much better day, taking a career best ninth place at his home race.

“It was a positive day for Italy today,” said Giovinazzi following Charles Leclerc’s victory for Ferrari. “I want to dedicate the two points to all the Tifosi here.

“I am so happy with the result, and I am also happy to see Ferrari do something very special for our country with their win. It’s a great feeling to score points as the only Italian driver in my home race.”

8 comments on “Raikkonen: Singapore can’t be any worse after “s*** weekend” in Monza”