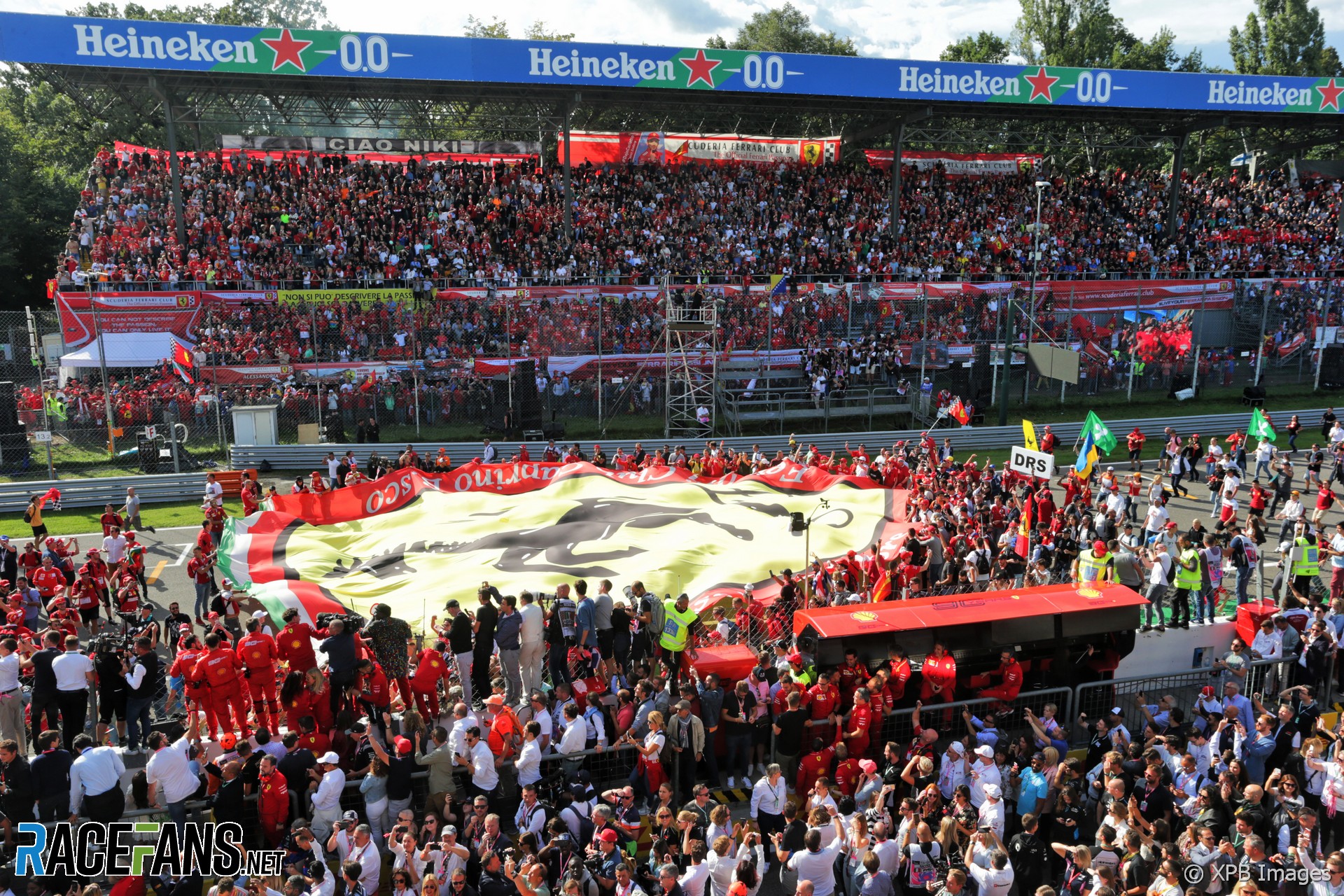 An ecstatic Monza crowd welcomed the first home victory for Ferrari in nine years. @DieterRencken brings his final update from the F1 paddock at the Italian Grand Prix.

Leave B&B after check-out and head for circuit. The traffic seems heavy for a non-commercial day, and from the direction of travel of most cars – and red gear worn by many of their inhabitants – I gather they’re headed for Monza. It’s bitter-sweet: I’m delighted for the circuit, but big crowds in Italy usually equate to even bigger post-race traffic chaos, particularly given the narrow streets around the circuit.

I miss a turn-off down a side street to the dedicated F1 lane. It seems last night’s vicious storm blew down some F1 signage – I later learn a few colleagues made the same mistake. I eventually I work my way back to the lane, but only after inching down muddy lanes leading through sodden camp sites filled with raucous tifosi. They sure love Ferrari to have spent the night under these conditions.

The net effect is that a 30-minute journey takes closer to an hour, and I’m told others lost even more time due to inefficient traffic marshalling. It’s a downside of Monza, but I’d rather suffer such traffic than breeze through Abu Dhabi. 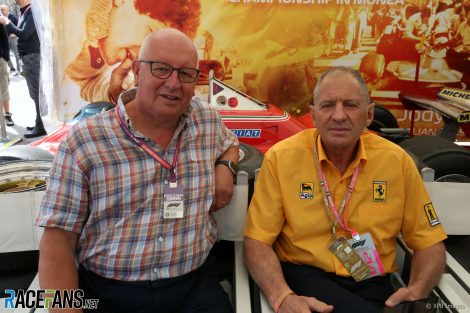 After catching up with TV colleagues I prepare for an interview with my compatriot, 1979 world champion Jody Scheckter, who kindly agreed to provide an extended interview about his F1 career, his time at Ferrari and post-F1 career as a firearms simulation entrepreneur and organic farmer. He provides some wonderful insights about current F1 during our chat.

Have an invite to the opening of Casa Brembo, a historic house in the centre circuit that the brake company has turned into a hospitality unit. Impressively FIA President Jean Todt, F1 CEO Chase Carey and Piero Ferrari all turn up, which is a measure of the company’s standing in F1. Indeed, I hear work is progressing apace on the 2021 sole supply agreement, although it is still at the technical specification stage. 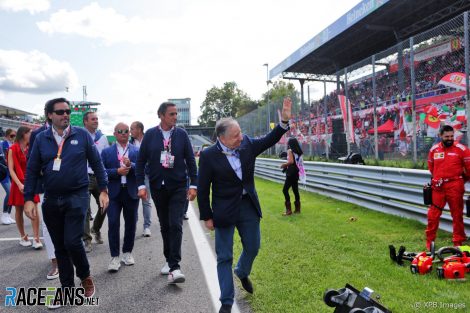 After a lunch meeting at McLaren I catch up with Johannes Klien, father of former F1 driver Christian. I catch up on his son’s Blancpain GT career before heading back to the media centre via the paddock gelataria (two scoops of stracciatella).

Time for the grid walk. When the chequered flag falls we will have seven of 21 rounds remaining, so this event effectively marks the two-thirds point of the 2019 season.

There is no doubt, though, that is now that the very heavy lifting starts, for all remaining rounds are in far-flung territories. Flitting from France to Austria to Britain is a cakewalk in comparison to the furthest points east, south and west the calendar ventures – all in the space of four weeks.

The Monza grid is is teeming with people. They’re wedged shoulder-to-shoulder around Charles Leclerc’s pole-sitting Ferrari. In the packed stands overlooking the grid, eyes are riveted on car number 16. The atmosphere is intense, expectant.

A few fans also spy FIA president Jean Todt on the grid. The former Ferrari team principal, who oversaw many of the team’s successes here during the Michael Schumacher, gets a warm reception.

Leclerc wins and Monza erupts. They’ve been waiting nine years for a Ferrari win and you can tell: The scenes beneath the podium are joyous.

I have to head off to the interview zone, however. It’s clear Daniel Ricciardo is massively pumped up after his fourth place, with team-mate Nico Hulkenberg backing him up in fifth to prove that it’s no fluke result for Renault. 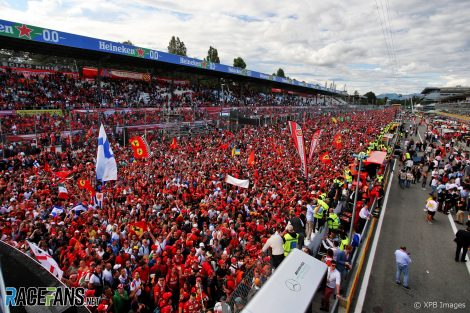 Toto raises a laugh when he states that docking a race-leading Ferrari driver with a five-second penalty in Monza is “unthinkable”, adding that “We would all need a police escort out of here…” Jokes aside, it’s clear Mercedes believes the race was theirs but for the black-and-white flag waved at Charles Leclerc for his robust defence on Lewis Hamilton, rather than copping him with the expected five-second penalty.

Adding salt to the wounds is surely the fact that the last driver to score a brace of back-to-back debut wins separated by a week was Lewis Hamilton on 2007 – and we all know how his career panned out….

Interview schedule done, I head for the muddy car park airport to retrieve my rental Ford for the trip to the airport. At the car park exit Monza’s traffic control system reminds of just how chaotic the place can be: at the exit one of the wardens waves me left, the other right and the third me orders to me to stop.

My progress home doesn’t get any better when I reach the airport. My Brussels Airlines flight is delayed by almost two hours due to alleged airport congestion that doesn’t seem to have affected other flights out of Malpensa. I eventually reach home well after 1am – not ideal, as I have to be up early to collect my visa for Russia. Seven fly-away races lie ahead.