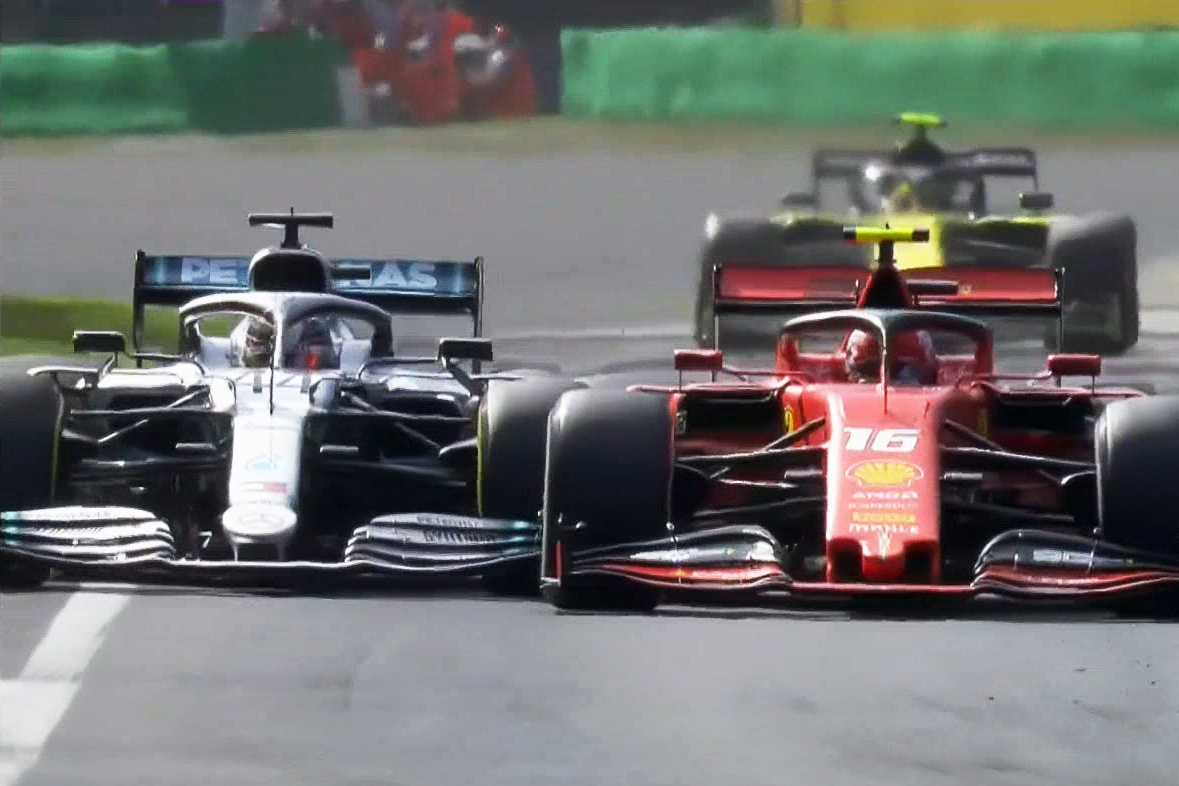 Charles Leclerc says he thought he left Lewis Hamilton sufficient space during their fight for the lead in the Italian Grand Prix.

The Ferrari driver was shown the black-and-white ‘unsportmanslike driving’ flag after squeezing Hamilton on the approach to the Roggia chicane on lap 23. Hamilton accused his rival of failing to leave him a car’s width, which he pointed out other drivers have been penalised for in previous races.

But Leclerc said he thought at the time he had left Hamilton enough space.

“To be completely honest, obviously I knew he was on the right, he braked a little bit early which I think was probably on purpose because he didn’t want to try around the outside,” Leclerc explained. “I thought I had left a car width.

“I haven’t seen the images to be honest. But I was pretty sure there was a car width.”

The Ferrari driver was subsequently told he had been given the black-and-white flag, but his team said the warning was for “moving under braking [at] turn four”.

Leclerc said he didn’t dwell on the warning signal during the rest of the race. “I knew it was on the limit but at the end I wanted to give absolutely everything to have this win.

“It was not in the back of my mind. I just gave it all, tried to be at the limit of what’s acceptable and that’s what I’ve done so I’m very happy to take the win.”

95 comments on “Leclerc: “I thought I left a car width” for Hamilton”