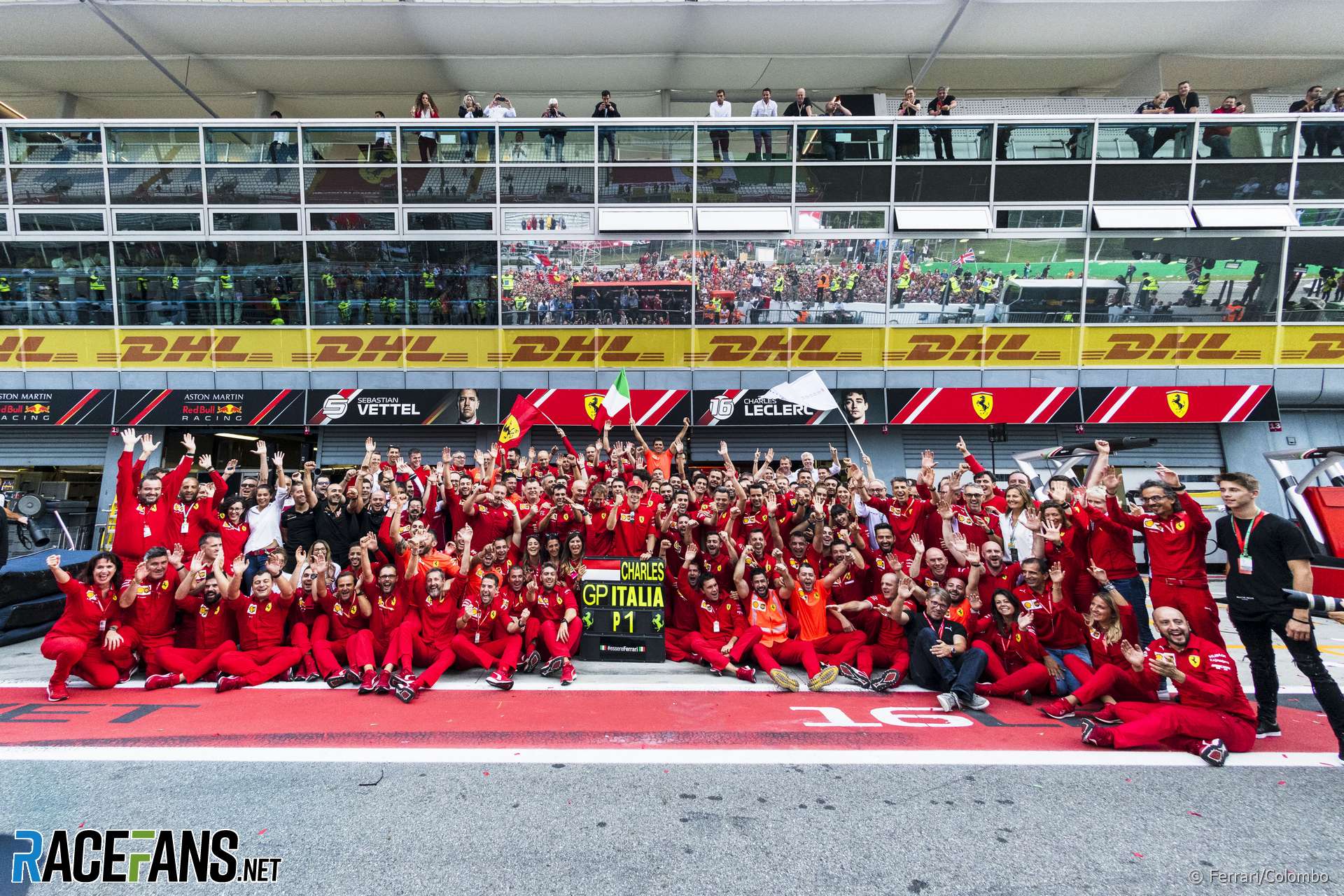 Charles Leclerc has become the fifth driver to win the Italian Grand Prix in his first start as a Ferrari driver.

The latter was the most recent Ferrari driver to win the team’s home race, in 2010. The team had gone eight years without a victory at Monza, equalling its win drought of 1980-1987. However Ferrari did not go without a home win during that time. It won the San Marino Grand Prix at the Imola circuit in Italy in 1982 and 1983. Leclerc therefore ended Ferrari’s longest win drought in Italy.

He has also joined exclusive company by scoring his first two victories consecutively. Only eight other drivers have done this. Six drivers won their first two races back-to-back: Alberto Ascari, Peter Collins, Bruce McLaren, Rene Arnoux, Nigel Mansell and Lewis Hamilton. The latter, like Leclerc, took his first two wins within eight days of each other.

If Leclerc wins in Singapore he will equal the record for starting a career with the most consecutive wins. Damon Hill and Mika Hakkinen both scored their first three wins consecutively.

Despite starting second and running within two seconds of Leclerc for much of the race, Hamilton failed to lead a single lap for the first time since the season-opening Australian Grand Prix.

Daniel Ricciardo and Nico Hulkenberg took fourth and fifth for Renault. This is the team’s best result since the 2008 Japanese Grand Prix, where Alonso won for them and Nelson Piquet Jnr finished fourth. On Saturday the Renault drivers claimed the third row of the grid, which was the best qualifying result for the team since Fisichella and Heikki Kovalainen did the same at Magny-Cours in 2007.

Antonio Giovinazzi also brought a little extra home cheer by being the first Italian driver on the grid for eight years. He did rather better than Jarno Trulli, who finished a twice-lapped 14th in 2011, and vastly better than Vitantonio Liuzzi, who in the same race took out Nico Rosberg and Vitaly Petrov at the first corner. Giovinazzi bagged ninth place, his best career result to date, unless Alfa Romeo are successful in having their German Grand Prix penalties overturned.