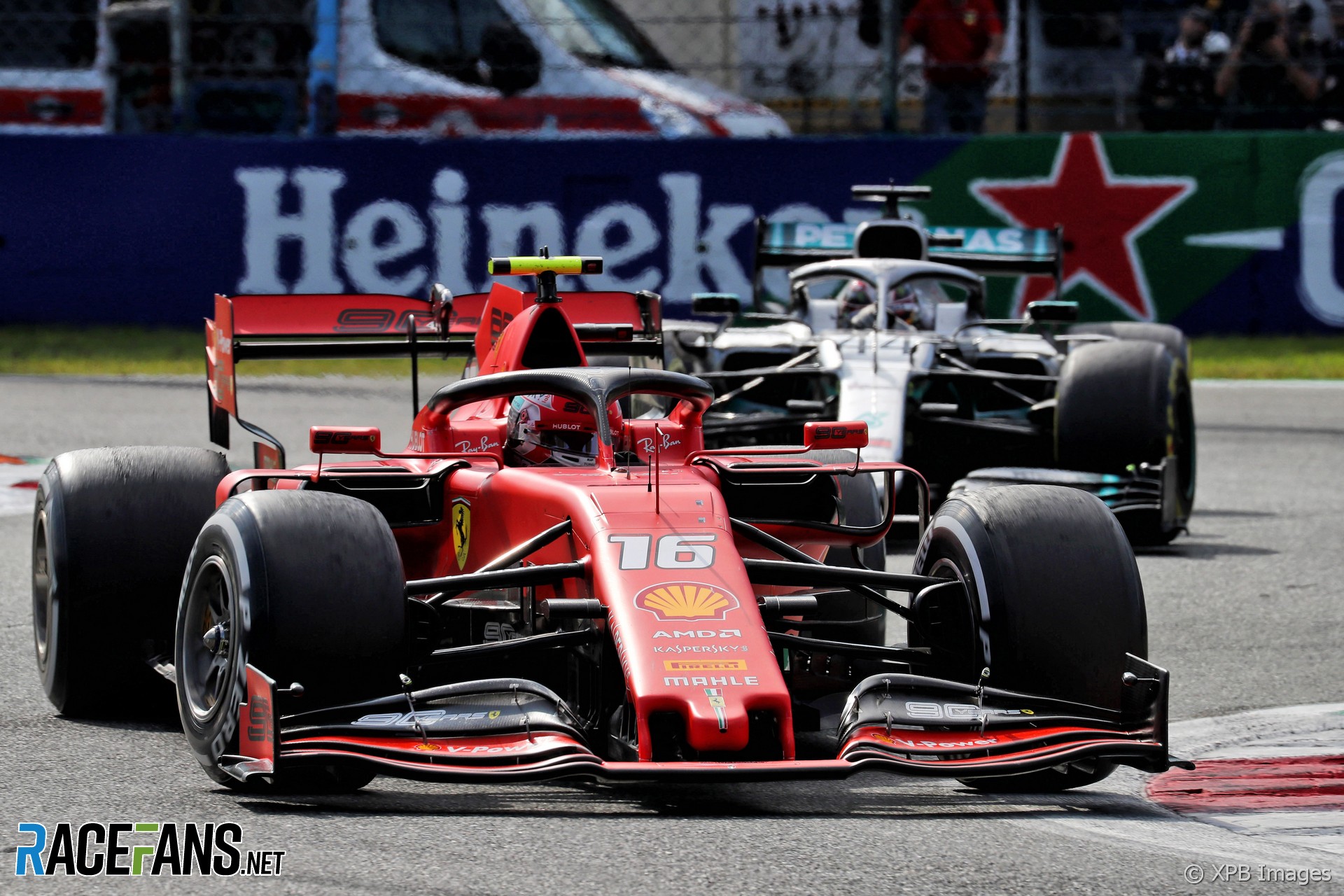 Lewis Hamilton says he wouldn’t have backed out of a collision with Charles Leclerc during the Italian Grand Prix if the championship wasn’t on the line.

The pair almost tangled when Leclerc squeezed Hamilton to the edge of the track approaching the Roggia chicane. Hamilton drove onto the kerb and grass to avoid contact, and had to cut across the run-off area.

Afterwards Hamilton said if he’d already won the championship before the race, “I wouldn’t have moved”, when Leclerc squeezed him. “And we would have collided.”

The Mercedes driver arrived in Italy with a 65-point lead in the title contest and is the clear favourite to clinch the championship this year.

Hamilton told his team Leclerc “pushed me off” following the incident. But speaking afterwards he insisted there was “no lack of respect” between them.

“We don’t have a problem,” said Hamilton. “I congratulated him when I got straight out of the car.

I think Charles is one of the most respectful drivers. This is today the first time I’ve really come wheel-to-wheel with him. When you arrive at a new driver you learn how they approach different scenarios and maybe position your car differently, maybe I’ll do a better job next time.

“You’ve seen in the last years that the young ones that came into Formula 1 they’re maybe a little bit more aggressive and these moves can end up in the wall if not one gives up. Today the driver that goes for the drivers’ world championship bailed out of it and saved Charles and saved himself.

“Lewis perfectly knew what he was doing, he saved it, he didn’t lose any parts in that incident. He could have equally decided ‘no, I’m not going to let this happen’ and put the two cars out.”

Leclerc was shown the black-and-white warning flag for the incident, but Wolff believes the situation may have been different had the pair collided.

“The interesting thing is what would have been the penalty if it would have ended in Lewis losing a front wing or both cars being in the wall.”