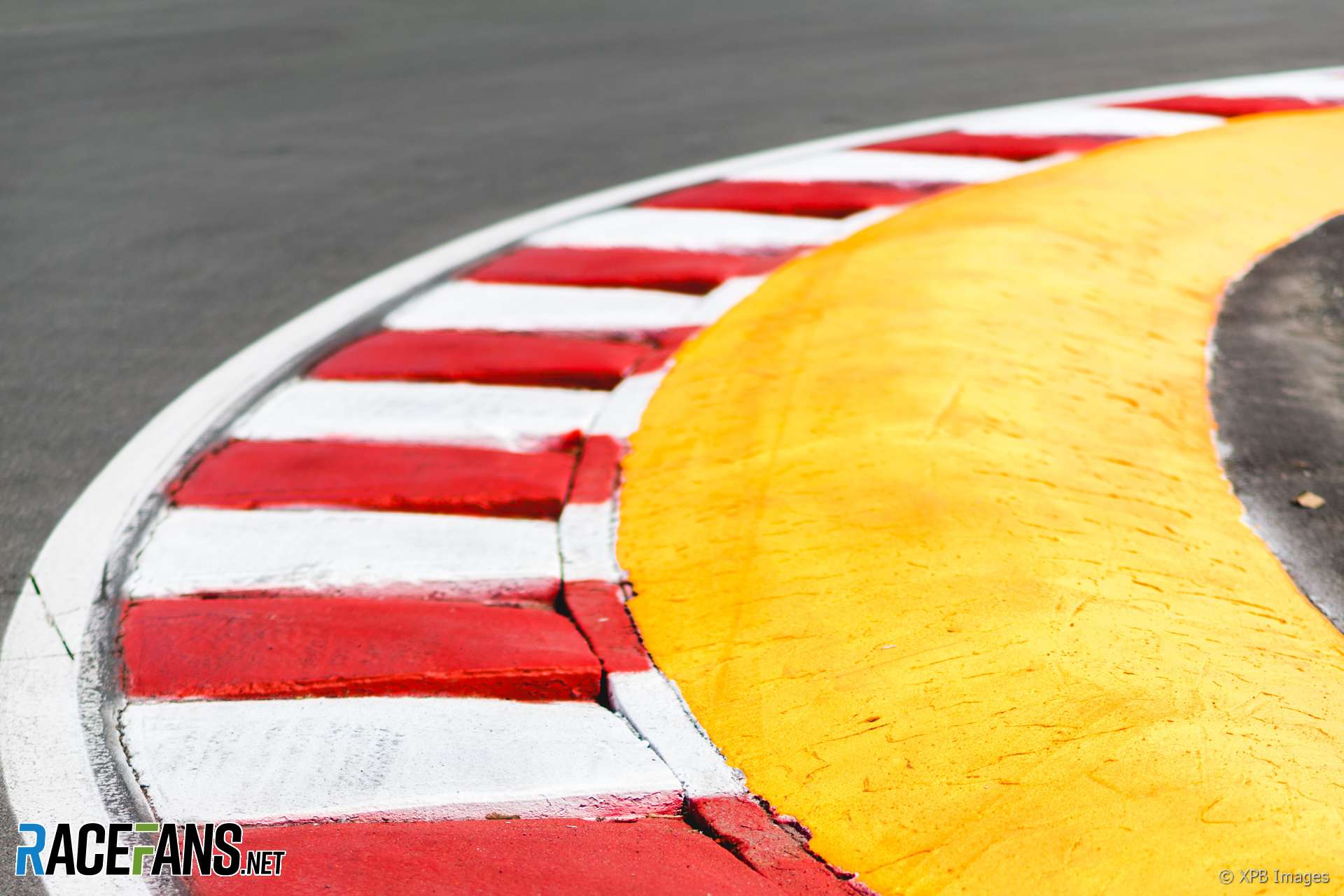 The FIA is not planning to remove sausage kerbs from other Formula 1 circuits after the huge crash suffered by Formula 3 drive Alex Peroni when he hit one at Monza.

Several drivers have criticised the kerbs following the crash, which launched Peroni’s car high into the air and on top of a barrier. The kerb was immediately removed and not replaced.

However FIA race director Michael Masi said the crash does not provide an immediate reason for removing sausage kerbs from all the circuits they are used at.

“I don’t think you can generalise in that regard at all to be quite honest,” said Masi. “It was a freak incident, I think is the best way to put it. If you look at it, it was exactly that.

“From our end we’ll continue looking at everything, various solutions, what they are and evolve when we find better things in other, different areas and different circumstances, different corners. Obviously there’s different profiles of corners, different speeds and everything.

“From my understanding I think that’s been there [at Monza for] at least two or three years. It’s one of those freak ones. We’ll look at them generally and go from there.”

Peroni’s crash was “something that we’ve never seen”, said Masi. “The safety department is investigating that side of it. That commenced straight away.

“We’ll see what the results out of that are. As a whole I saw some comments from drivers in various forms and I don’t think any of us ever expected that.”

Masi said initial inspection of the kerb did not support a theory it had worked loose before Peroni hit it. “Not to my knowledge and from everything I’ve seen but we’ll look at everything in forensic detail,” he said.

The next F1 race will be held in Singapore in two weeks’ time. Masi checked the progress of the temporary street circuit’s construction ahead of the Belgian Grand Prix. He said they are not considering removing sausage kerbs from that track following the Monza crash.

“I wouldn’t pre-empt anything like that,” he said. “Let’s remember that all of these circuits have an FIA Grade 1 licence but are all homologated in the manner in which they are, as they are, with all the inherent safety installations, kerbs, installations behind kerbs, whatever it may be. And they’re all inspected in accordance with our rigorous regime.

“So, no, it would be naive to say there would be a knee-jerk to anything like that.”