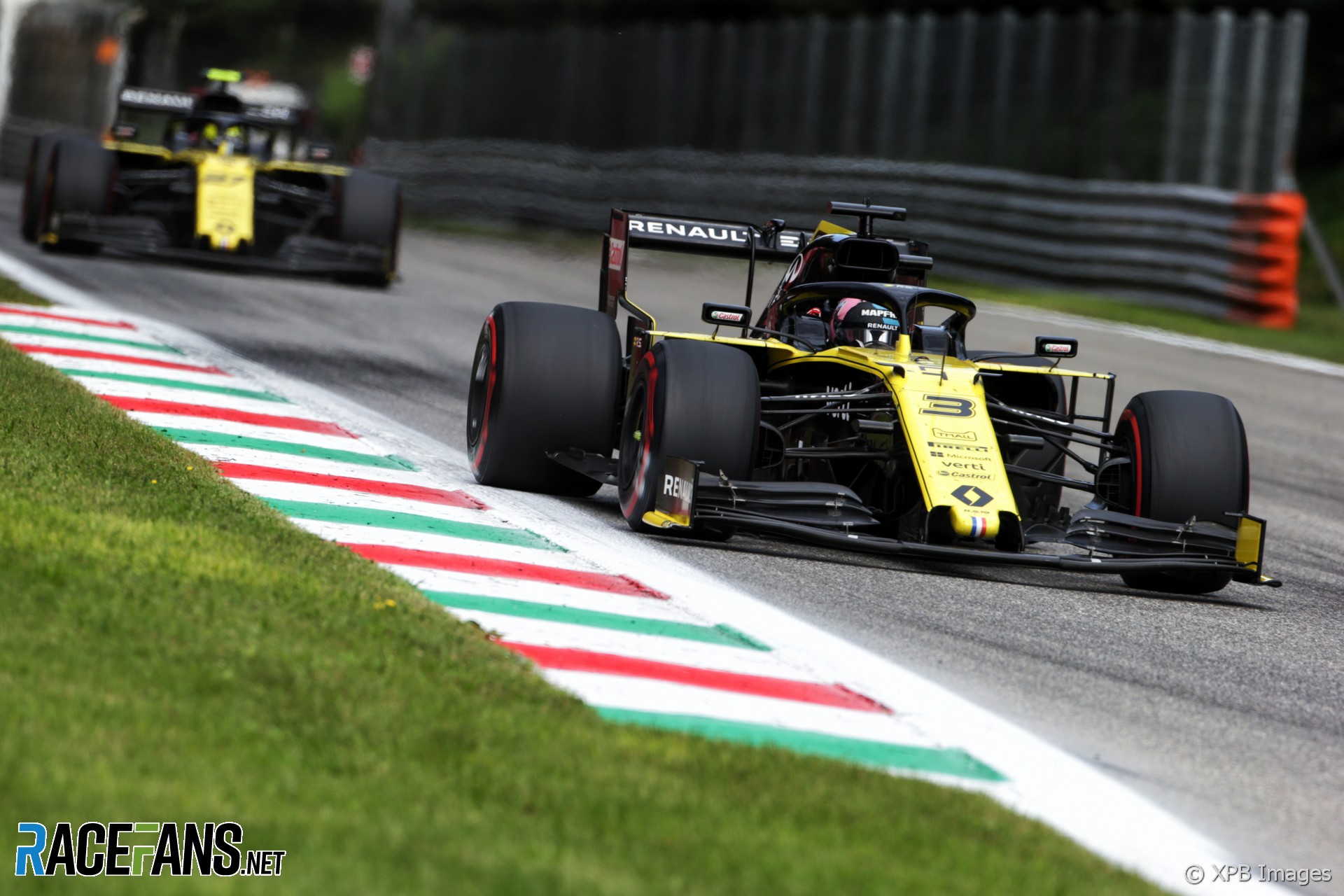 Daniel Ricciardo says Renault’s best result of the season so far at Monza shows the progress the team has made with its power unit.

Ricciardo praised the work the team has put into its engine development. “I want to give an extra special shout-out to Viry [Chatillon, home of the team’s engine base], to the engine boys, because I think to get this sort of result here as a Renault team and power unit is quite a statement,” he said.

“Every year we come here it feels like there’s a lack of optimism. Obviously the last few years it was never a strength of ours coming here.

“For them to turn it around this year and make the gains and put on this result here is special. I think this one is for them, they definitely deserve a glass of champagne tonight.”

He admitted the result was “overdue” for the team, “I’m very happy with the weekend,” he said. “A bit like Canada, we executed the qualifying result into a strong race result.

“I felt this one was a bit overdue. It was really [not] since Canada we had a strong team result. But we finally got maximum points, if you know what I mean, and that’s really pleasing.”

This result helped Renault significantly close the gap to McLaren in the fight for fourth in the constructors’ championship. Ricciardo says the team now needs to deliver the same results at different styles of circuits.

“Hopefully we can learn something from these low downforce circuits and take it into a high downforce one like Singapore.”

23 comments on “Ricciardo: Double top-five finish for Renault is “a statement””