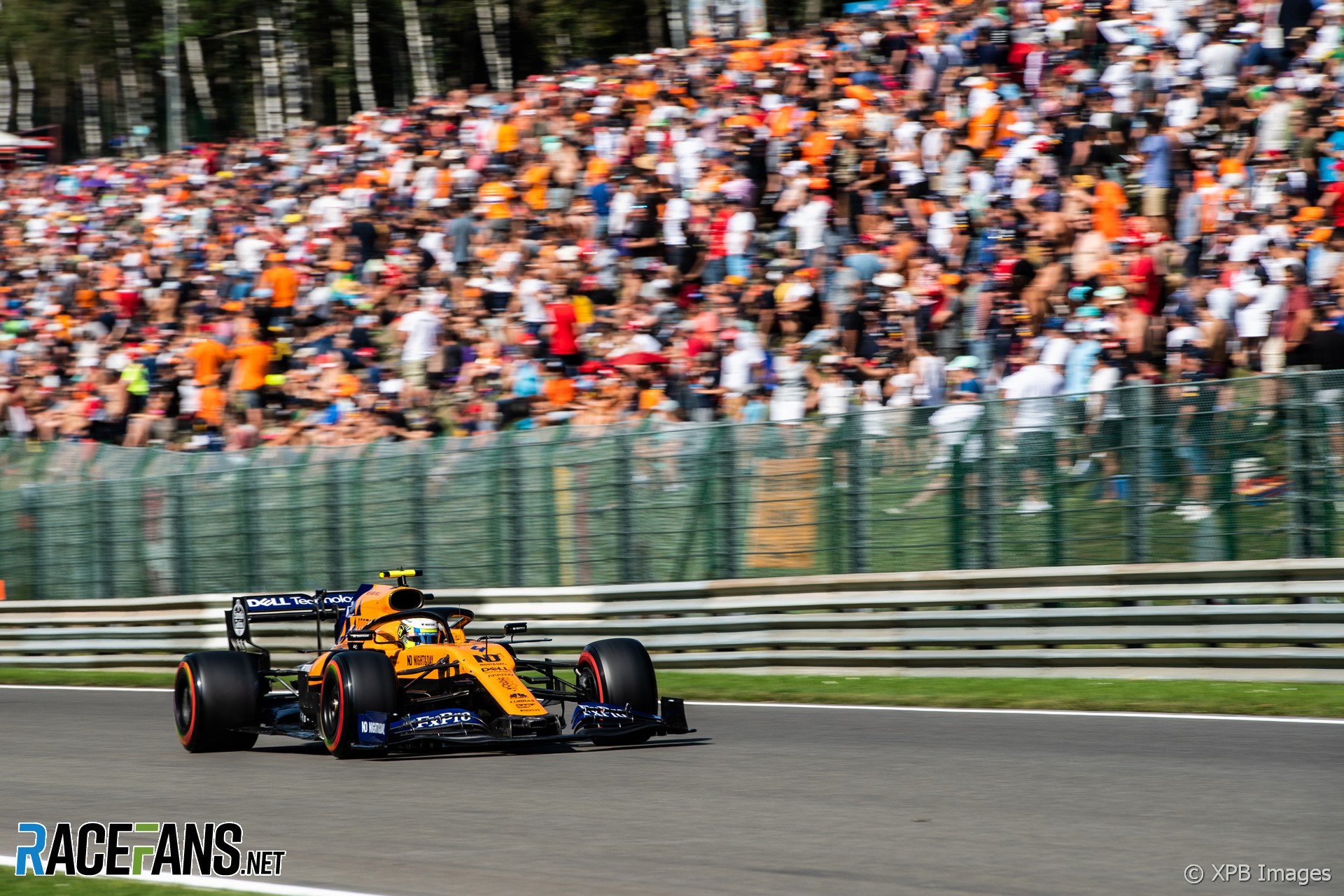 Lando Norris admitted he crash which killed F2 racer Anthoine Hubert was on his mind during last week’s race at Spa-Francorchamps.

But the decision to go ahead with the Belgian Grand Prix in the wake of Hubert’s death was correct, Norris added.

“The whole evening [and] morning was quite depressing for myself and I think a lot of people,” he said. “But I love racing, for sure Anthoine loved racing, and I think not racing, or people deciding to not race, would not have been the right decision.

“It was always in my head, throughout the whole day, even when driving sometimes. Especially in the middle part of the race when I was lonely and not racing anyone, I was just sitting there. Then you have more time to think and that’s when it came [into] my head again.

“I was disappointed the whole day and not as happy and cheery as I always am, or sometimes am. So it was still different. I didn’t do everything the same. I did probably [fewer] things, less warm-up and less preparation in terms of getting ready. I just wanted to get in and drive.”

Norris says he’s ready to race again this weekend. “Now it’s back to how everything should be.”

The McLaren driver, who is a regular simracer, rubbished comments made by Jacques Villeneuve who suggested that virtual motorsport had distanced young racers from its real dangers. “That couldn’t be farther from anything to do with it,” said Norris.

“I don’t think it’s got anything to do with simracing. I think that’s just something he wants to maybe use as an excuse for it.

“Safety is getting much better, especially compared to when he would have been racing. And it’s not like we completely forget it. We don’t just go flat out at each other and not care about anything, we still realise what danger is.

“But everything is getting safer so sometimes you take more risks than in other times. I don’t know what happened on the weekend, I don’t really want to talk about it, but I’m sure it wasn’t because of anyone doing something stupid or risking anything, I’m pretty sure it wasn’t. I think it was something small turned into something pretty big.”