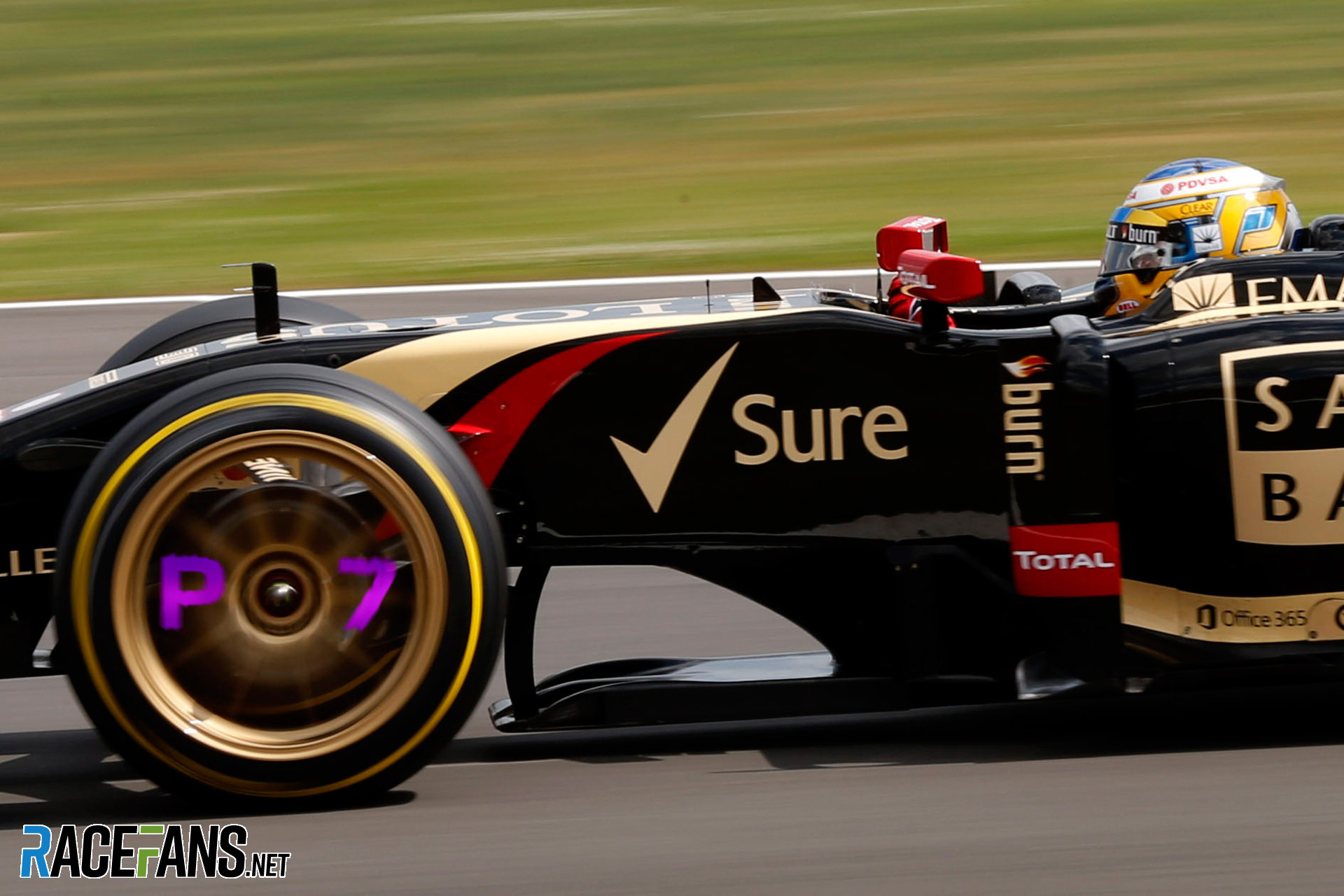 Formula 1 cars could display information to fans on their bodywork and even wheel rims in 2021.

Draft regulations for the 2021 F1 season seen by RaceFans specify six display panels which cars must be fitted with. Two of these will be on the bodywork either side of the car. The other four will be rotating LED display panels fitted to wheel rims.

The rendering above shows how the wheel rim lights could look on an F1 car running the 18-inch wheels which are due for introduction at the same time.

The purpose of the display panels will be to give information to spectators. This could include what position they are in or how may pit stops they have made.

In 2014 Force India, now Racing Point, tested a visual display called the ‘Info Wing’ mounted to its onboard camera. It was designed to show a driver’s position to fans, but was never introduced.

IndyCar tested wheel rim display lights in 2015. However they were never raced and the company which produced the test versions later closed. The championship has also used display panels on its cars but removed them three races ago following problems with the devices.

Simpler display lights are also used in other series, such as the World Endurance Championship, to indicate which position or class a car is running in.

Discover the latest developments in the planned rules changes for 2021 in @DieterRencken’s RacingLines column later today on RaceFans.