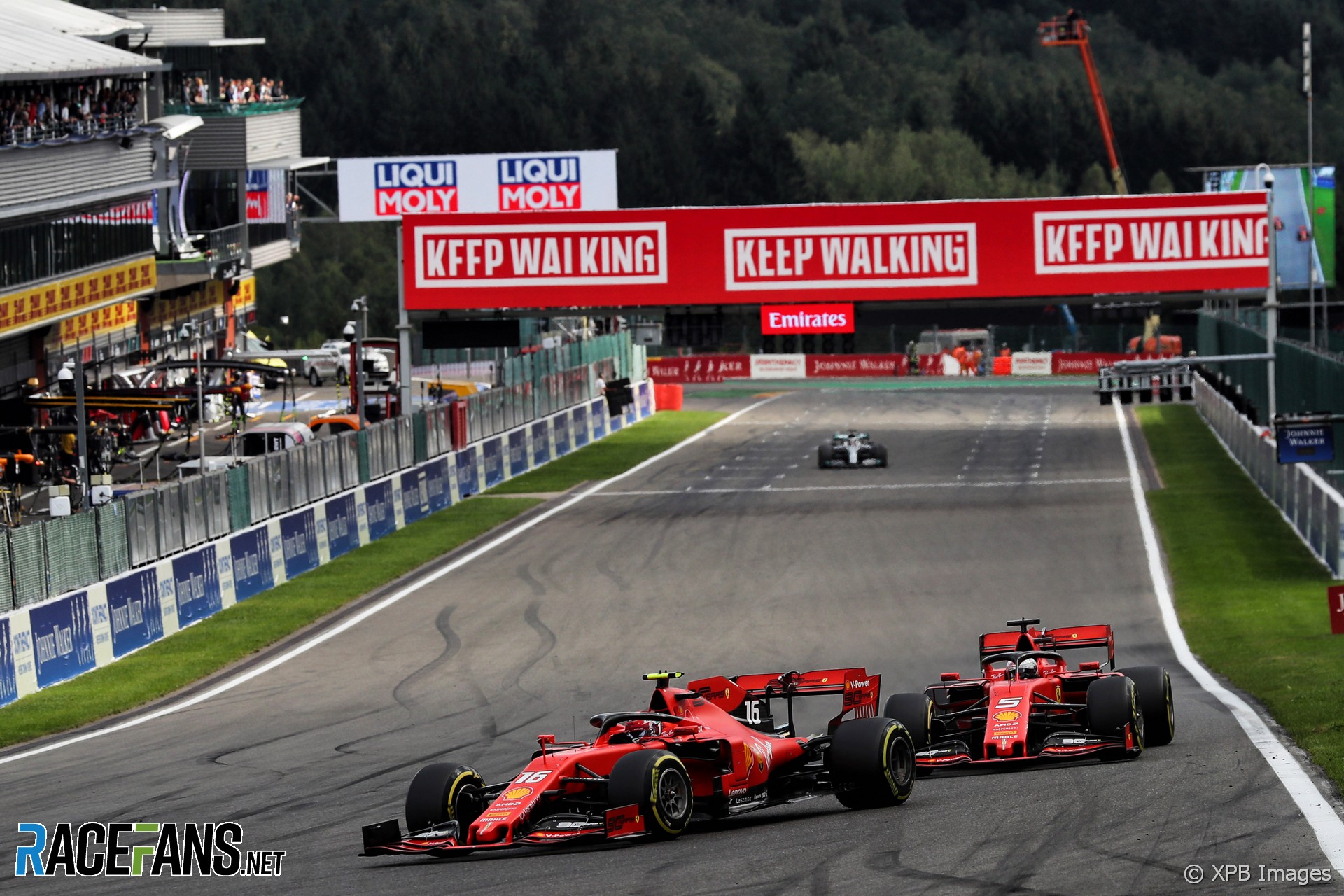 Sebastian Vettel and his Ferrari team principal say they do not yet understand why he was unable to match his team mate’s pace in the Belgian Grand Prix.

Charles Leclerc led the two Mercedes drivers home at Spa, with Vettel a distant fourth. Vettel said he was pleased for the team but disappointed with his result.

“For sure it’s a good day for the team after a long drought,” said Vettel. “I’m happy for the team, happy for Charles. But on my side I can’t be pleased with how the day went. We started second and finished fourth.”

“Obviously the car had more so I can’t be too happy with that,” he added. “I was struggling to feel the grip, to stay on top of the tyres. I was sliding too much so it was quite a tough race for me. And obviously from the point that we came in [to the pits] quite early it was clear that we won’t be there until the end.”

Asked whether he understood the reason for his problems Vettel said: “No. I guess I am sliding more but I don’t know why.”

Ferrari team principal Mattia Binotto said Vettel’s tyre management is normally a strength of his, which made his Spa struggles unusual.

“Certainly Sebastian suffered more from degradation this weekend, both on Friday and then in the race,” he said. “It’s certainly down to the set-up as well.

“Normally Seb is very good in managing tyres, especially in the first laps, to use the tyres later in the stint. So it’s something on which we will take care, try to understand and analyse, and certainly something that if we may learn it, will improve ourselves in the future.