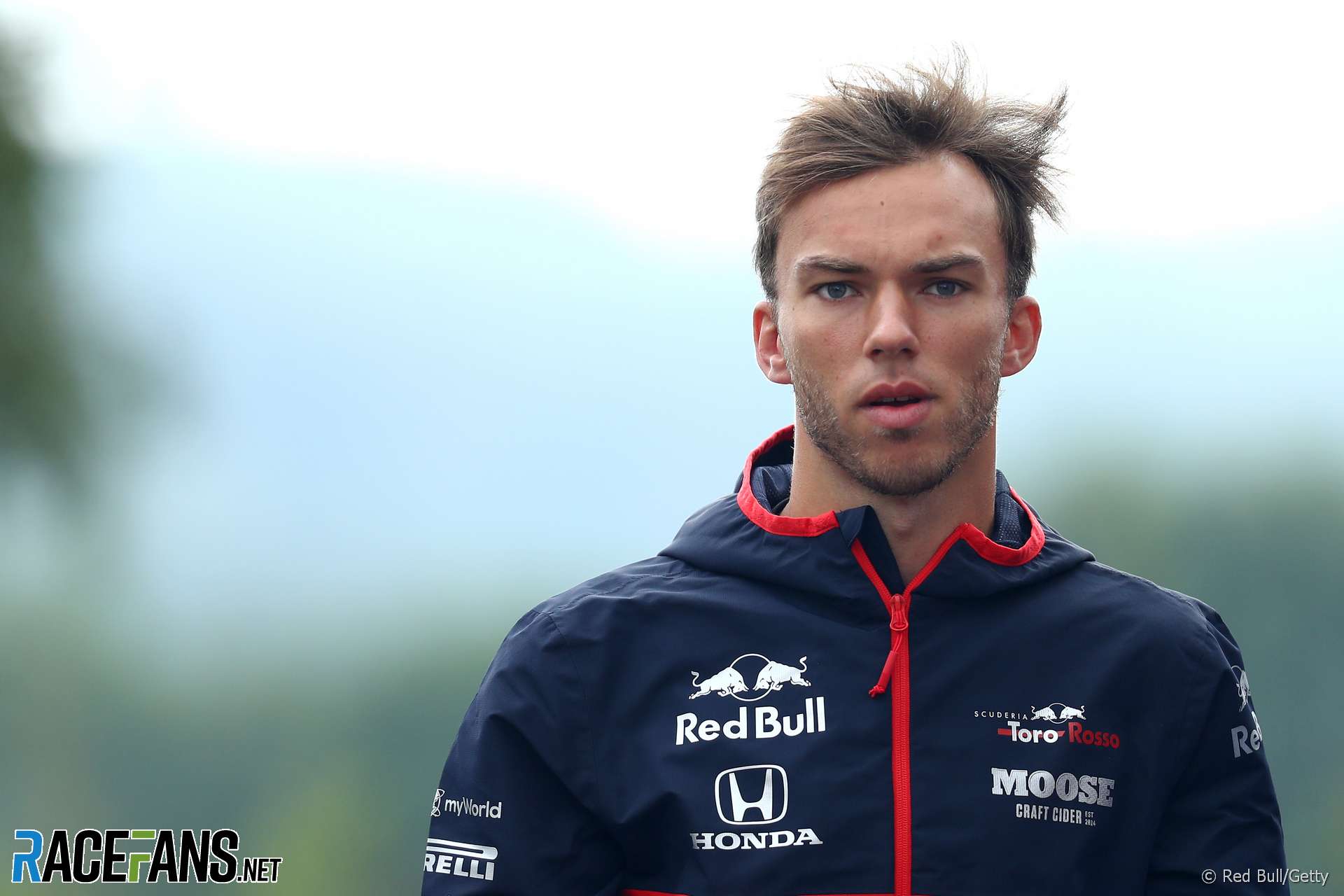 Daniel Ricciardo says he understands why Red Bull decided to drop Pierre Gasly just 12 races into his first season with them.

Having driven for Red Bull between 2014 and 2018, during which time his team mate Daniil Kvyat was dropped mid-season, Ricciardo said he could see why the team lost patience with Gasly.

“To be honest I don’t think it’s unfair,” said Ricciardo. “I think they had to do something.

“Nothing against Pierre: I have no issue, I like Pierre as a person. I’m not happy to see him go back to Toro Rosso but I think the reality is Red Bull did give him six months.”

Alexander Albon has been promoted in place of Gasly alongside Max Verstappen. Ricciardo said the decision was not unexpected for someone with his experience of the Red Bull system.

“I don’t think there was that much sign of progression or momentum and obviously with Max winning and showing that the car is capable of at least being on the podium I think Red Bull did expect to see that, for now.

“It’s also what, as a Red Bull driver, I’ve experienced in the programme. This is how they are. It’s no surprise that they are expecting this from you and if it doesn’t happen then they’ll move on.

“I don’t want to say it was unexpected as well. I’m sure Pierre probably had some suspicions that maybe something could change. It’s just the reality of their programme. It’s obviously a shame for him but I think Red Bull had to do something so now it’s Albon with an opportunity. We’ll see how that goes.”

However Ricciardo doubts Red Bull expected Gasly, in his second full season of F1, to have the measure of Verstappen, who is in his fifth. “I don’t think they expected Pierre to beat him but sometimes the gap was too big,” he said. “I think if he was a tenth, two-tenths or maybe even three sometimes it would be a bit better.

“I don’t know, I’m just speculating, I don’t know what Red Bull was expecting of him but they probably weren’t expecting him to beat Verstappen but probably be closer and to get more points on the board, I guess that was expected.”

“[Verstappen’s] had two wins, he’s had a few podiums, I guess at least they would have expected maybe one podium from Pierre,” Ricciardo added. “[It’s] not my place but all I will say is it’s not the first time they’ve done this so it’s not really a shock.”

22 comments on “Ricciardo: Red Bull’s Gasly decision ‘wasn’t unfair – they had to do something’”