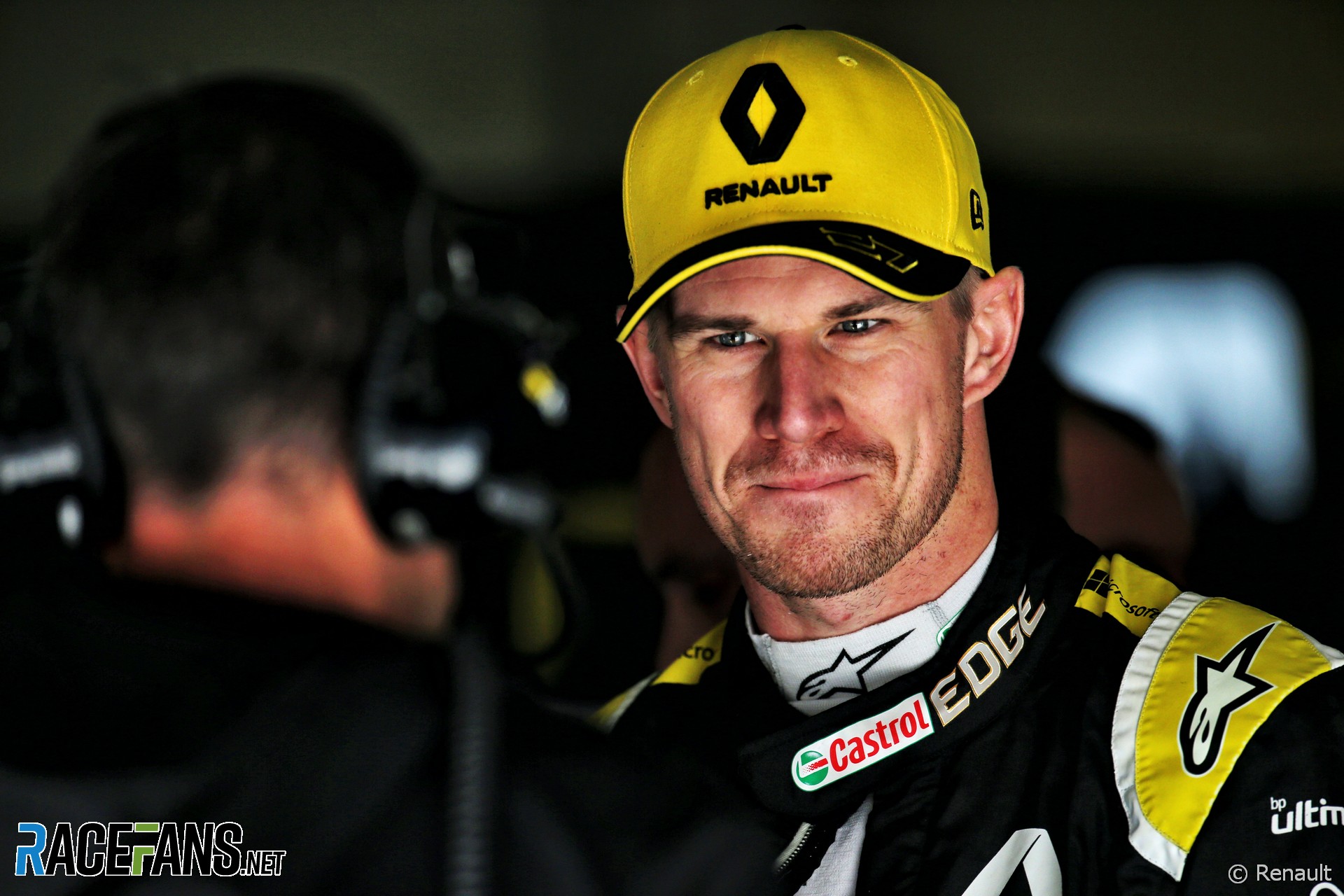 Nico Hulkenberg believes he lost his seat at Renault to Esteban Ocon partly because the team wanted to appoint a French driver.

Hulkenberg, who will be replaced by Ocon at the end of the year, said nationality was one of the factors which motivated Renault’s decision. “There’s several or many factors probably when a team considers drivers,” he said. “I got the impression it was one piece of the puzzle.”

He denied his salary demands had been higher than what Renault was willing to pay. “That was in line,” he said. “I think we were more or less in agreement.

“But different drivers at different stages in their career, there are different commercial things and there’s also obviously a nationality factor here and some other factors.”

He also believes the team’s disappointing performance so far this season, slipping from fourth at the end of last year to sixth, contributed. “The difficult season that we’re facing probably tipped it over the edge a little bit,” he said.

“Things are connected, aren’t they?” he explained. “I’ve been here three years now: ’17 was good progress, ’18 was still good, this year we have a very tough year and of course with the difficult year we are having there is probably some wish to change, something has to give.

“Obviously it contributes a little bit to that and probably leads to this decision. It’s a pity that we can’t continue, especially this year we wanted to make a step forward but we couldn’t really get it yet so that’s that.”

However Hulkenberg stressed he had no complaints with how the team had handled their negotiations.

“To be honest I think that was all good. The team, the management was always transparent, fair and open. We have a good relationship.

“I don’t think it’s necessary for us to have games and there were no games. There was always straightforward communication. There were no hard feelings on that side.”