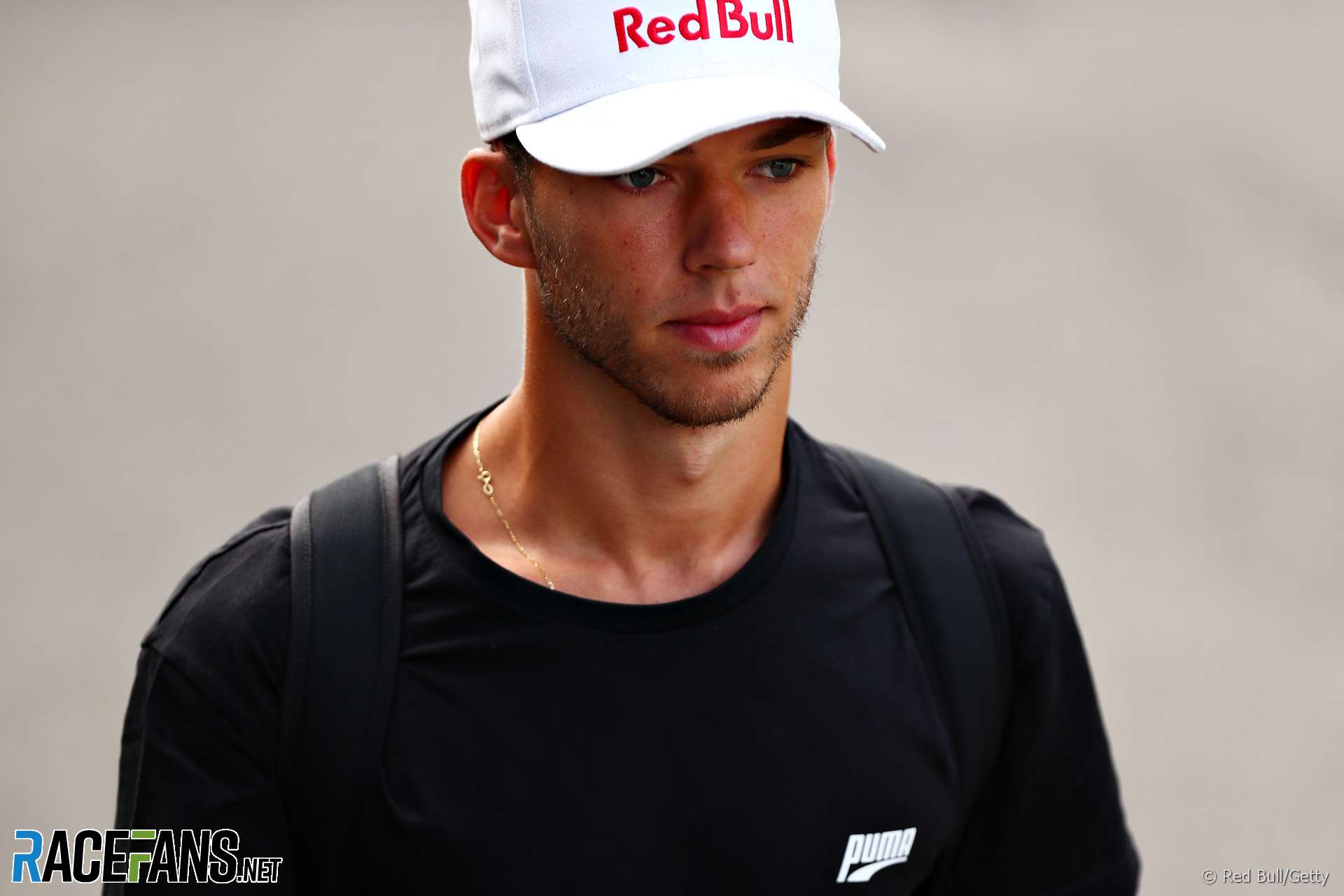 Pierre Gasly says Red Bull have told him he could return to the team in the 2020 F1 season depending on his performance following his demotion to Toro Rosso.

Red Bull has promoted Alexander Albon in place of Gasly. The pair were told on the day the decision was announced. Gasly said he received the news in a phone call from Red Bull motorsport consultant Dr Helmut Marko at 8:42am.

“I found out in the morning it’s been decided,” he said. “Of course [it was] kind of a shock and [I’m] disappointed because it’s not what I had been told before.”

Gasly initially believed he was not at risk of losing his seat and he did not know what had prompted the change.

“Whether I understand it or not is not going to change it,” said Gasly. “I didn’t spend too much time thinking about it. The only thing I need to focus on is performing in these nine coming races with Toro Rosso at my best and this is what I am going to focus on.”

Asked whether he might be able to return to the team next year Gasly said: “I am not thinking about it now, but that’s what they say, and for sure there will be other opportunities.”