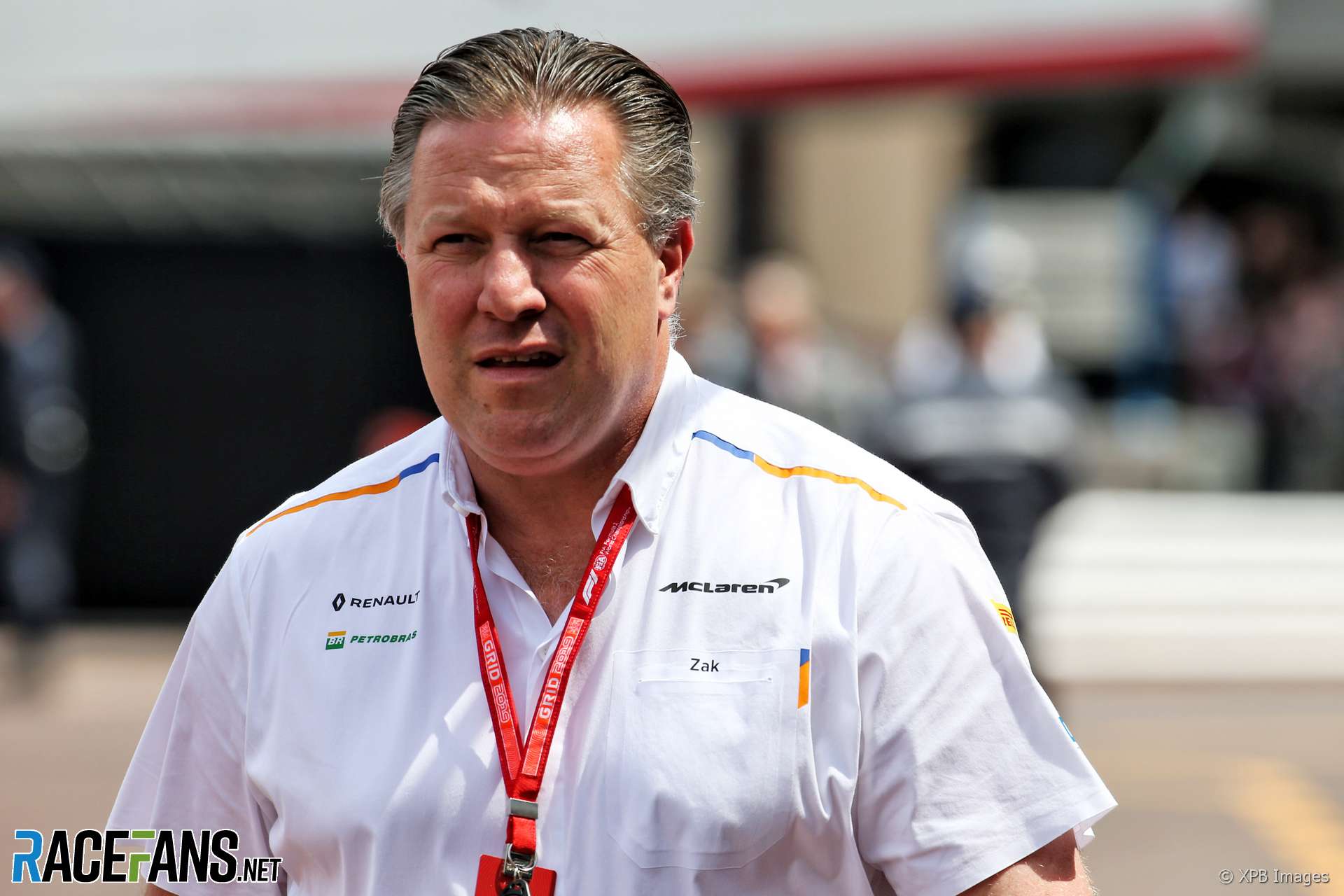 Formula 1 needs to “get on with” agreeing its rules package for 2021 and stop waiting for the teams to agree on every detail, says McLaren Racing CEO Zak Brown.

Two months ago the sign-off deadline for the new rules was postponed until the end of October. However Brown sees little chance of any teams changing their positions on the remaining points of difference between now and then.

“We’re talking about the same issue time and time again,” he said. “Very little progress is made because all the teams have stated their position, and that’s not going to change.

“So it seems like we revisit the same issues that the various teams have and so I think at this point Formula 1 and the FIA just need to make the decision and get on with it because I don’t think they’re going to hear anything new from the teams at the next Strategy Group meeting or the following Strategy Group meeting that they haven’t heard for the last 12 months.

“The idea, and you guys [the media] all know this as well as anyone, that the 10 teams are somehow going to converge for the first time in the history of Formula 1 in the next three months is just not going to happen. I think it’s just time to get the show on the road.”

In June the teams agreed to accept the new financial regulations, including a budget cap, while elements of the sporting and technical regulations remain under debate. Brown says McLaren was prepared to go further.

“Ultimately we went with the flow the best of the sport,” he explained. “I would have been happy to lock down the regulations in June because I’m of the opinion [that] we’ll make some progress between June and October but I don’t think we’ll make substantial change.”

“You’re never going to end up with perfect rules,” he added. “You’re going to have to modify along the way anyway. And so I don’t think this extra five months that we have is going to make that much different.

“I think we’ll be arm-wrestling on October 30th just like we were on June 20th or whatever the date is.”