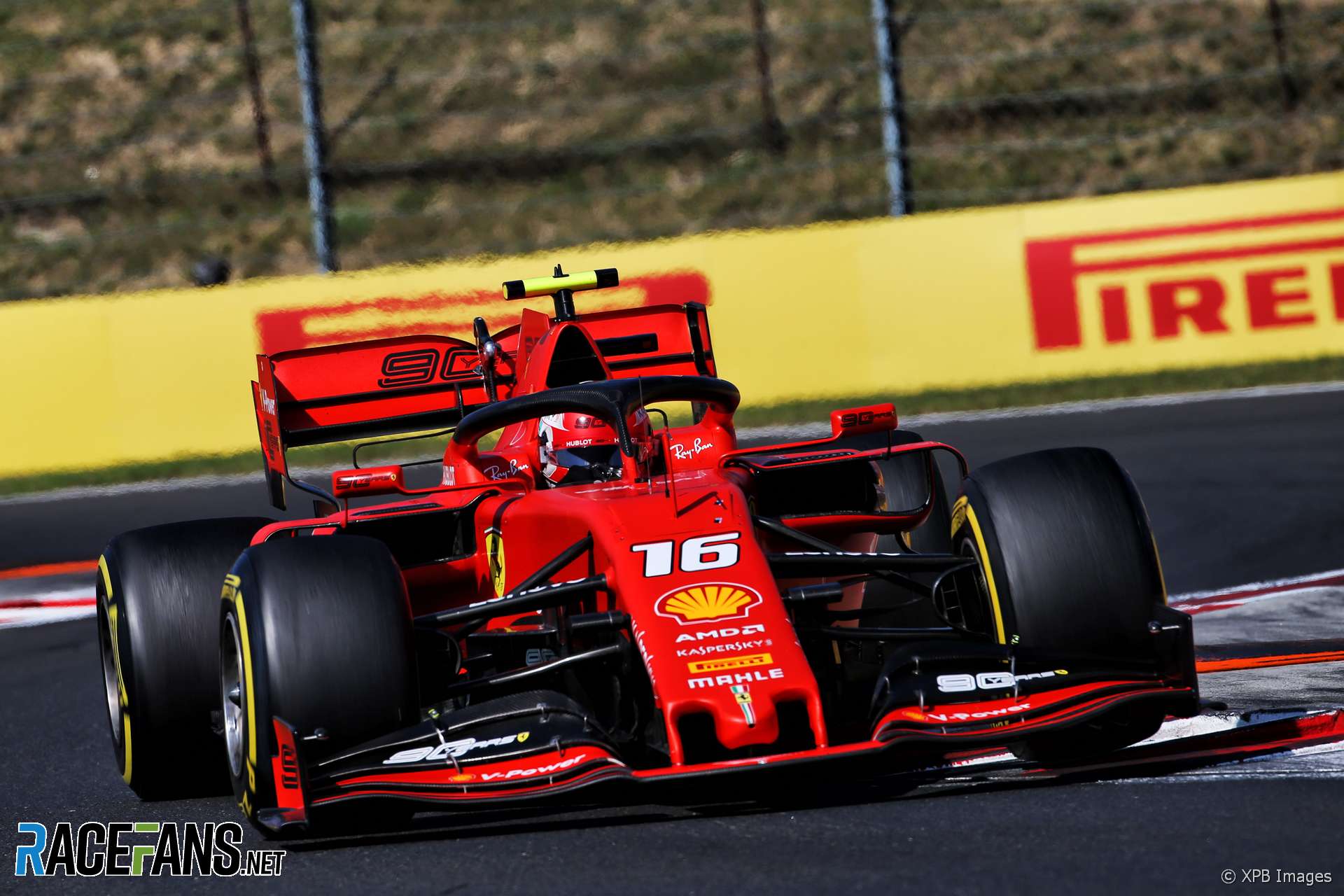 Charles Leclerc suspects he is suffering with tyre degradation in races because his driving style is too aggressive.

The Ferrari driver was passed by team mate Sebastian Vettel on the penultimate lap of last weekend’s race in Hungary. Vettel had run a longer first stint on his tyres, allowing him to fit soft rubber for his final stint and catch Leclerc.

Speaking after the race Leclerc said he needs to understand how Vettel was able to preserve his tyres for longer.

“I’ve been struggling more and have more tyre degradation compared to Seb,” he said. “So I believe probably it’s coming also from driving, maybe I’m driving a bit too aggressively now in races.

“We need to understand and analyse and try to improve for the next races.”

Leclerc has out-qualified Vettel for the last five races in a row, but he believes the key weakness he needs to work on is in races.