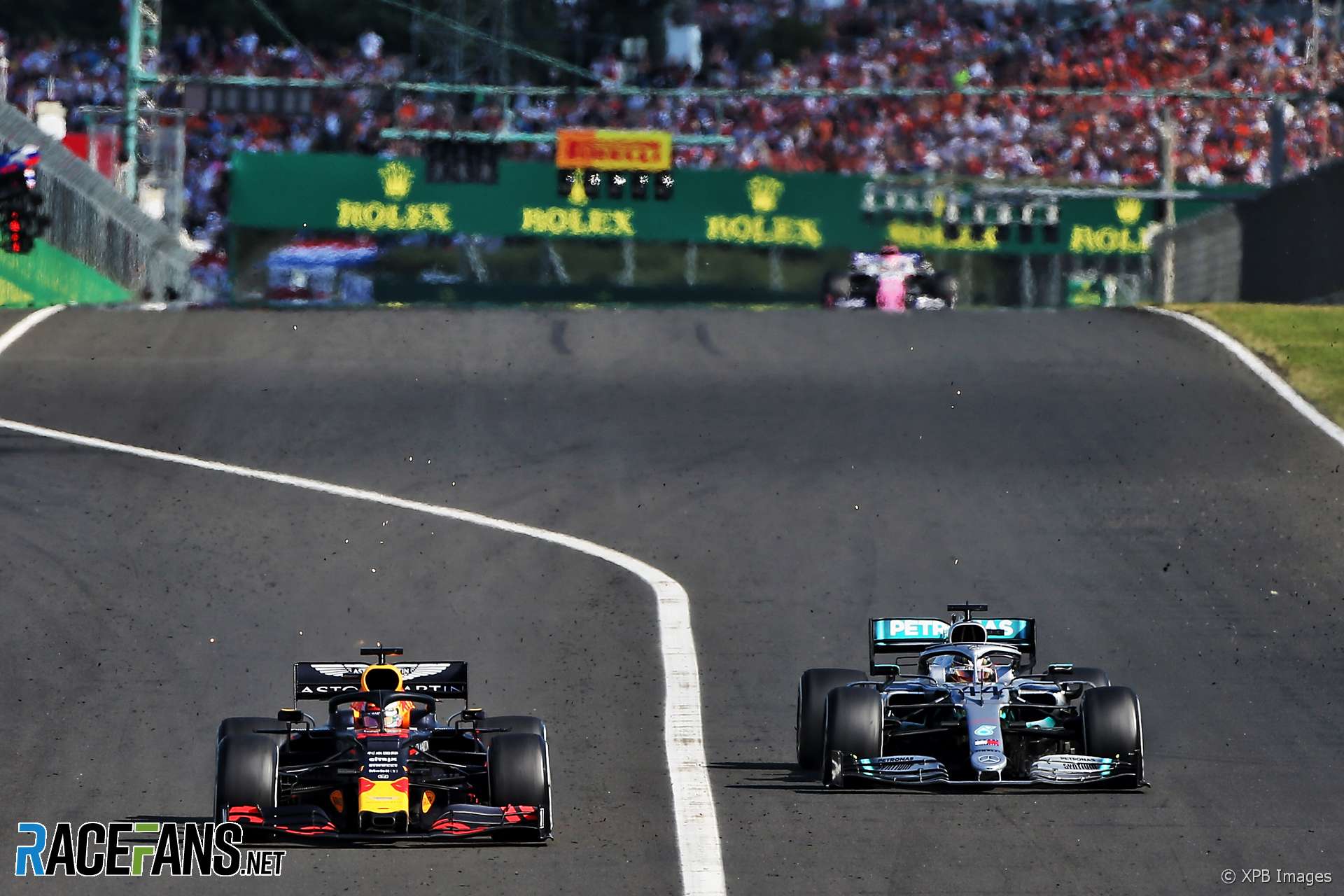 Lewis Hamilton says he and Max Verstappen would have fought each other a lot harder in the Hungarian Grand Prix if both of them had been in contention for the championship.

The Mercedes driver said he was anticipating the scrap between the pair of them after he overtook team mate Valtteri Bottas on lap one.

“As soon as I got into second I was like ‘OK, this whole battle we’ve been talking about me and Max having, we’re going to have that today’. And it was really awesome.”

“He put the car in some good places,” said Hamilton, “I gave him space and more today, but that’s just from the mindset that we’re fighting slightly different. If we were fighting over the same points it may have been a lot more aggressive but there was no need for that today.

“It was really just making sure that when we do finally pull off that overtaking manoeuvre it’s a clean, full sweep by.”

Hamilton praised Verstappen for the “respect” he showed during their battle.

“There is really no better feeling from a racing driver’s point of view when you have a race like today where you face a really strong competitor and a great driver like Max obviously at their best. Max at his best and continuing to perform great.

“It’s really comforting and awesome to see firstly the respect level between us I think out there was really respectful driving. I hope to continue that.”

“I’m so happy that, particularly after a period of time where everyone was so negative talking about the sport, all of a sudden we’ve had this big step up from the Red Bulls.

“Now we’ve got a really good battle on his hands and it looks like it’s here to stay. And I think Ferrari will come back into play in some of these other long, long [tracks] like Spa and Monza.”