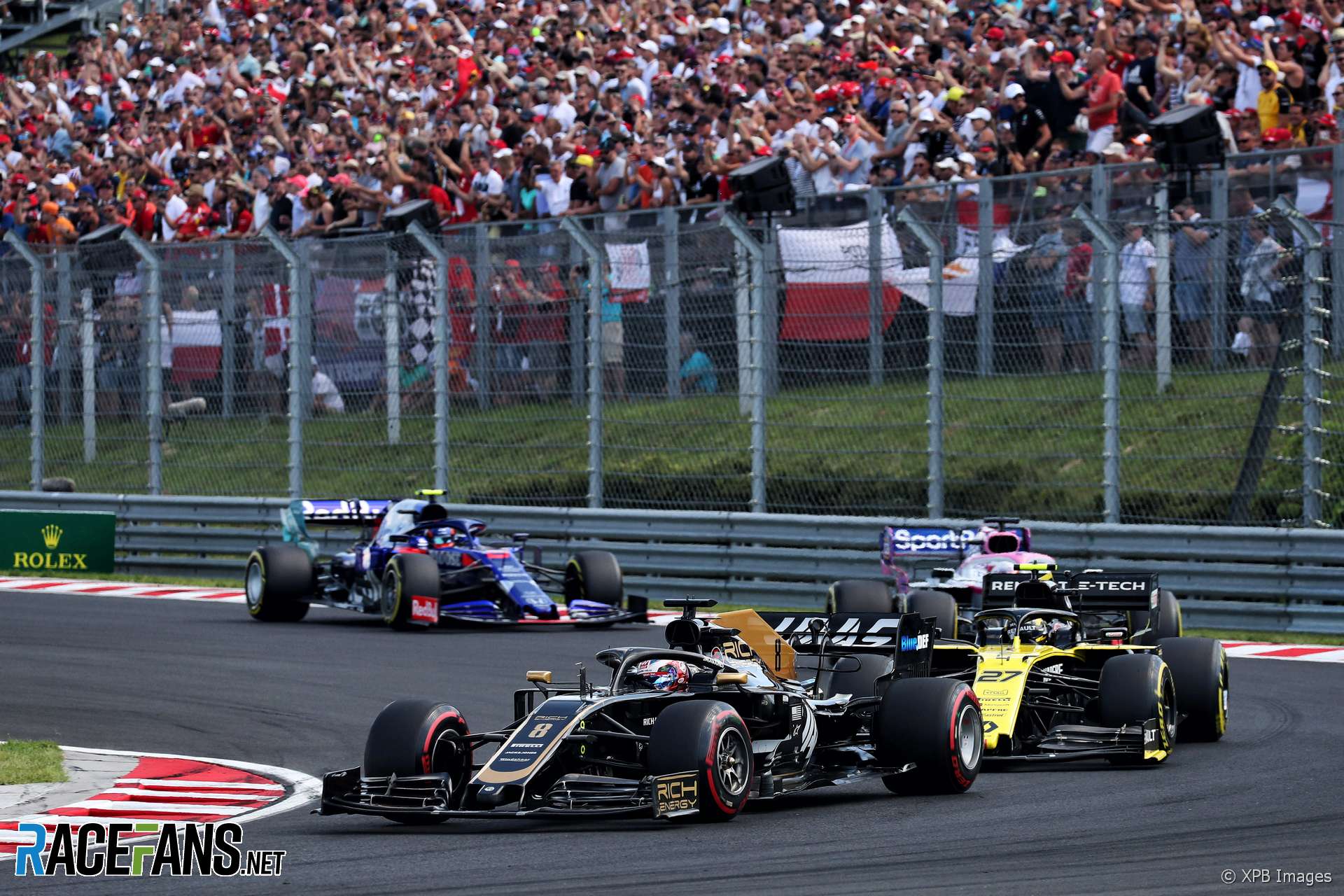 Haas overestimated how quick they could go on the hard tyres in the Hungarian Grand Prix, says Romain Grosjean.

Rain at the Hungaroring on Friday shortened the amount of practice time available for all the drivers and left teams with limited data on how the different tyre compounds would perform. Grosjean said that left Haas in the dark about his potential pace when they pitted him early in the race after Sergio Perez, who was running behind him, pitted.

“On [the] soft we were OK,” said Grosjean. “In the first stint I was keeping everyone behind and looking after my tyres.

“Then we made an early pit stop for the hard. That was not a good tyre to be on. We’ve seen it with Max [Verstappen] at the end, compared to the medium, there’s just no grip.

“Soft, medium was the right strategy but because we didn’t try much on Friday we didn’t have much idea. We fitted the hards and straight away I had blue flags and so on. I could feel that there was no grip and it was going to be long.”

“They asked me to follow the pace at the beginning, I said guys that’s too fast for what I can do,” Grosjean explained. “I was just keeping everyone behind and that was fine and then they asked me for the pace on hards and I said that’s just not possible.”

6 comments on “Haas pace target was “just not possible” – Grosjean”