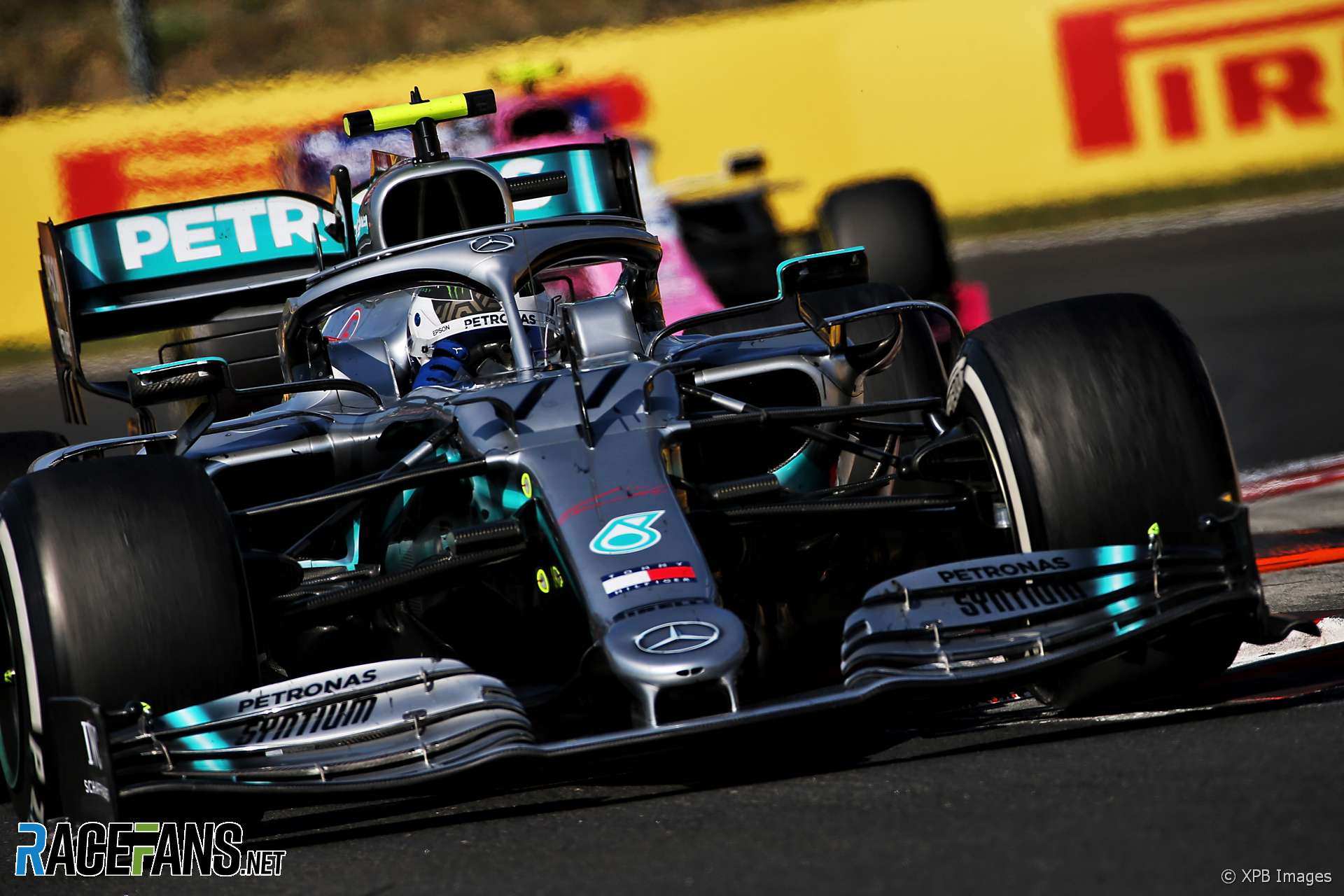 Valtteri Bottas doesn’t believe his poor result in the Hungarian Grand Prix will swing Mercedes’ decision on whether to keep him for the 2020 F1 season.

His race never recovered from a poor first lap where he damaged his front wing, forcing him to make an early pit stop, which left him eighth at the chequered flag. But Bottas said the result does not make him “nervous” about his future, despite team principal Toto Wolff admitting Esteban Ocon is under consideration for Bottas’s seat next year.

“For sure would be nice to hear some news when the team decides what they want to do,” said Bottas.

“What can I do? I was trying, took a bit of a risk to try and get the lead braking outside of turn one and then just a bit messy in turn two and three. A bit unlucky with the front wing damage, it could have been a different race.

“I don’t think it’s going to change anything, one race, like I said before the weekend. So I’m not really nervous. I’m sure we will know more news very soon.”

Having led the championship earlier in the season, Bottas has fallen 62 points behind Hamilton with 234 available over the remaining races.

“For sure it is a big gap,” he admitted. “Much bigger than I would have liked to have.

“But that’s the gap now, not a lot else I can do. I don’t really want to think about it too much at the moment, for sure. We’ll still go through everything about this race with the team and then move on.

“There’s still many races to go, obviously a bit [of a] tricky situation but that’s how it is.”