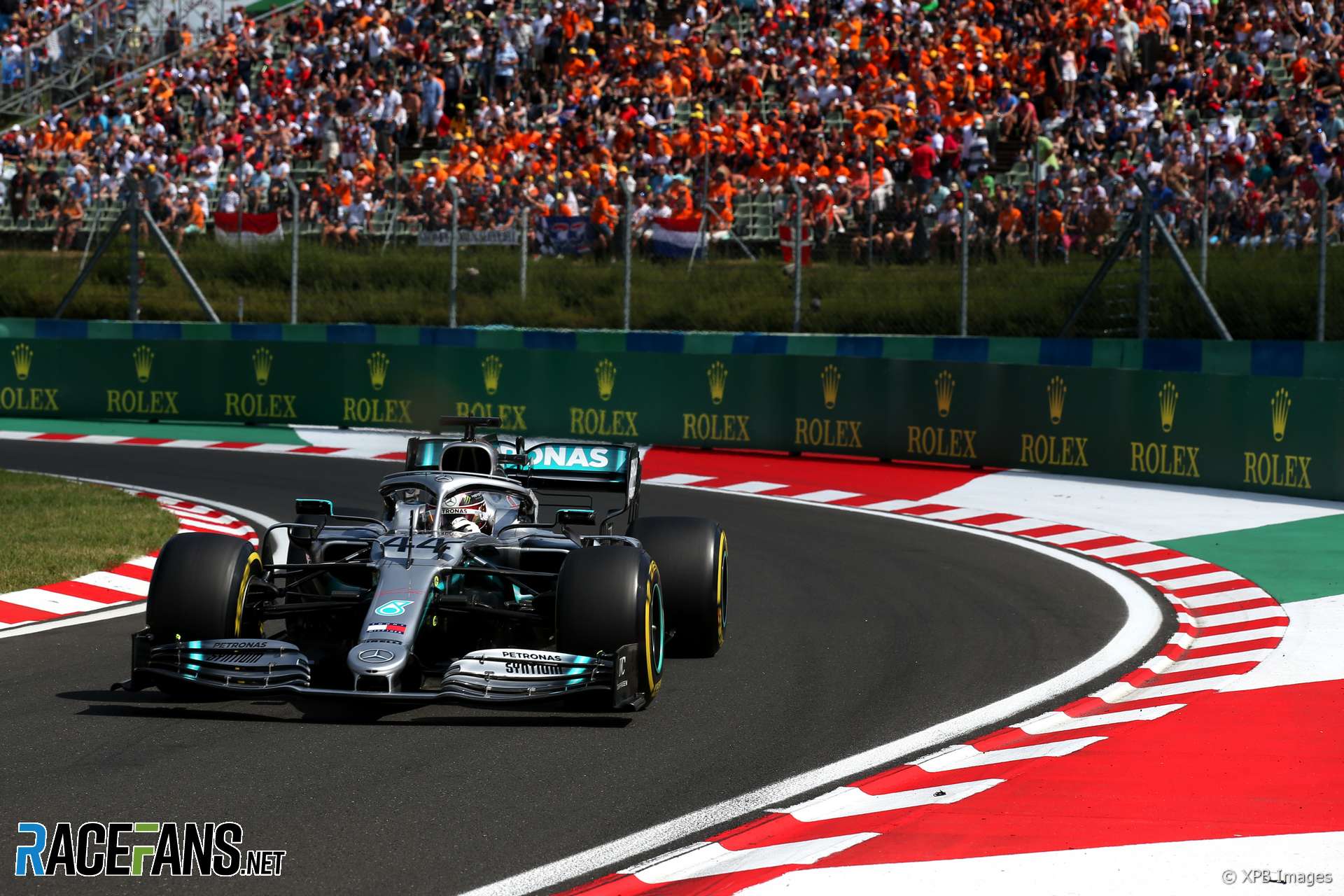 Lewis Hamilton thought making a second pit stop was a “big gamble” when Mercedes told him of their planned strategy change during the Hungarian Grand Prix.

The Mercedes driver was chasing race leader Max Verstappen when the team decided to pit him for a fresh set of medium tyres. This meant falling around 20 seconds behind Verstappen, and Hamilton said their pre-race discussion had ruled out the possibility of making two stops.

“This morning we talked about the strategy and they said two stop was not going to happen. When we called to do a two stop, I was like ‘Jeez, I don’t know how this is going to work’.”

Hamilton felt he had the pace to attack Verstappen without making an extra pit stop. “A gamble’s always a good thing, it felt like a big gamble for us but at the time I felt like I had the pace on Max,” he said.

“I don’t know if he was backing off or he was just controlling the pace but I felt like OK, I’m going to have a few attempts at trying to pass him but at some stage the tyres are going to go off, so I don’t know how many attempts that will be.”

After his second pit stop the team quickly revised its prediction of how quickly Hamilton would catch Verstappen. “They said I was going to catch him with nine laps to go and then that changed super-quickly and went to last lap.

“So after that I had to put all doubt and all question marks out of my mind and go for the best laps I could do every single lap and consistency and not drop any time whatsoever. I had one of the most consistent period of laps that I’d had.”

Verstappen’s pace dropped suddenly on lap 63 as his tyres began to go off, which helped Hamilton catch and pass him.

“I don’t know if he had traffic or mistakes or whatever but the gap started to chop down quite quickly,” said Hamilton. “I think with four or five laps to go I had him four seconds ahead and I could see him in my sights, so maybe he’s struggling with his tyres.

“After that I was like ‘OK, we’ve got a serious race on here’. It felt like the steepest wall to climb when you come out that far behind but the team had relaxed faith that we would do it and I’m grateful for their hard work and the decision.”