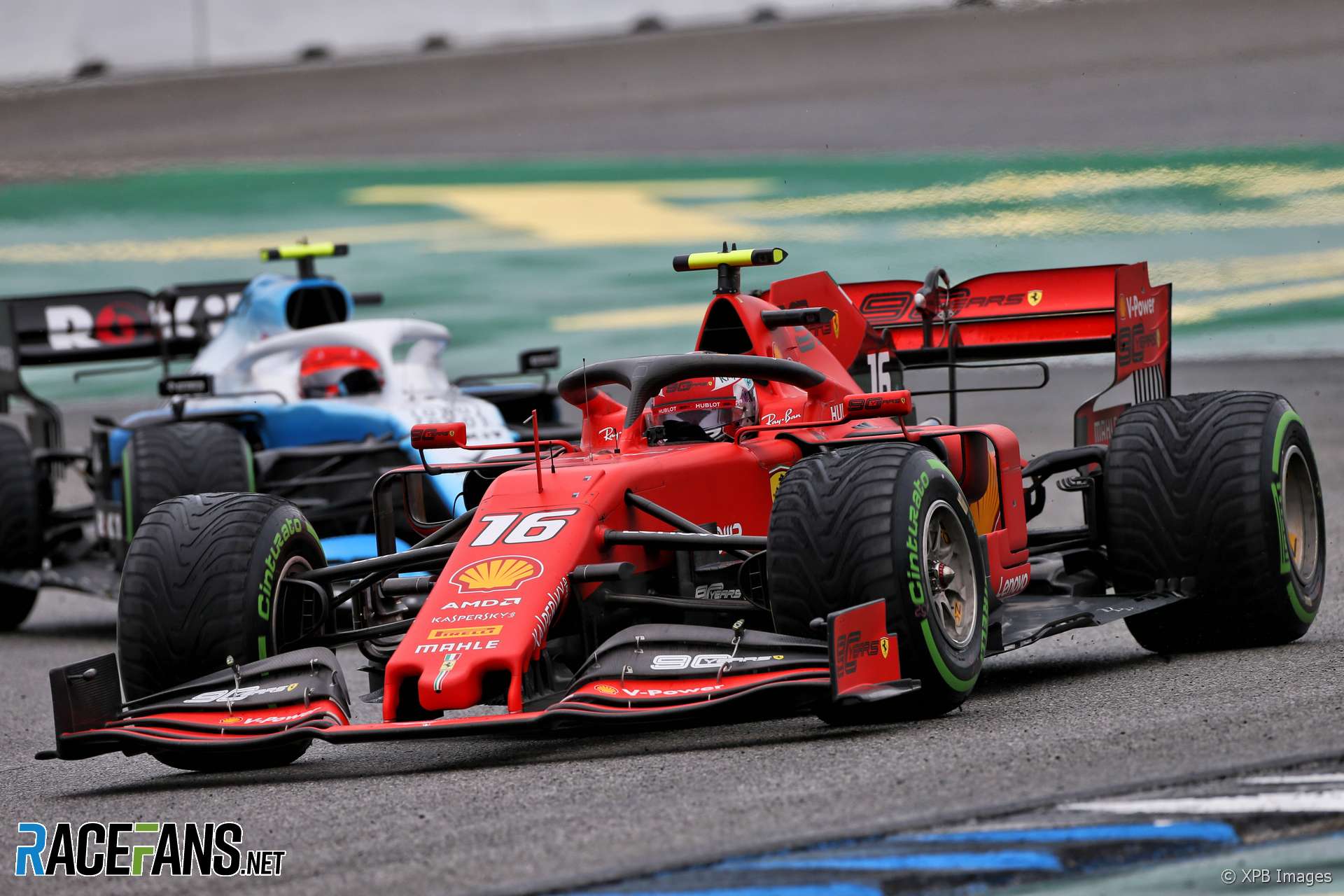 Team principals raised concerns Ferrari were not given a time penalty for releasing Charles Leclerc unsafely from his pit box during the German Grand Prix.

The team was given a €5,000 fine after Romain Grosjean had to take evasive action.

“He lost five positions there,” said Grosjean’s team principal Guenther Steiner. “He was in neutral, rolling, and then he had to put the gear in again .”

Asked whether the decision could encourage teams to take greater risks, knowing they won’t get a sporting penalty, Steiner said: “I didn’t think about that one, but we need to think about this one because it encourages people to pay.

“Take the risk and the FIA gets the money and we lose the positions. Everybody else wins apart from the guys who loses out.”

“I was surprised [by] the release of Ferrari, [which] looked very similar to a Monaco one to me, that the team only got fined. Otherwise Max would have had another podium in Monaco.”

Horner admitted the two penalties were slightly different in that Verstappen and Bottas had been fighting each other for position, but Leclerc and Grosjean weren’t.

“You want to see racing in the pit lane,” said Horner. “That was a situation where one was coming in and one was going out, so slightly different.”