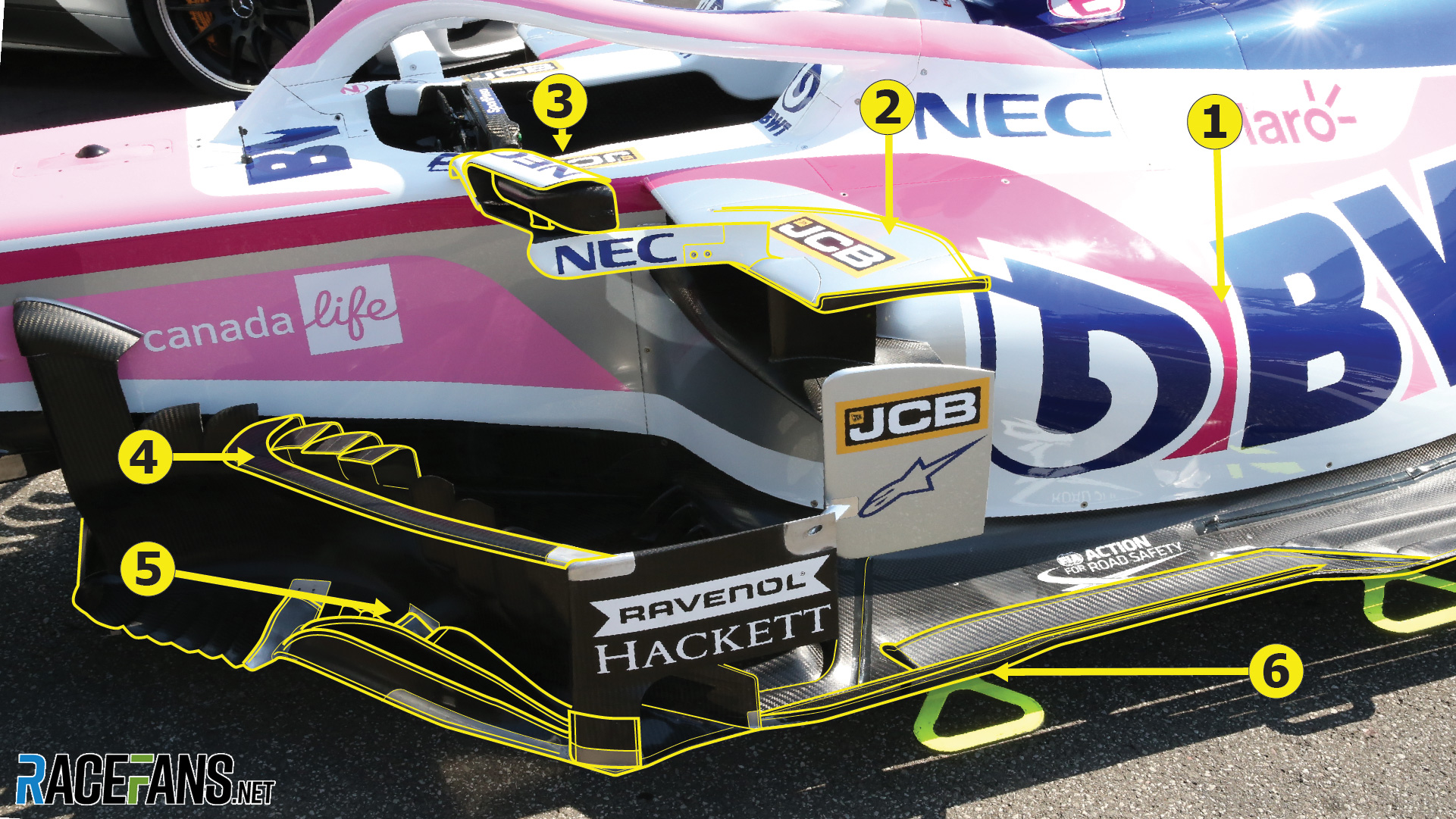 This time 12 months ago Racing Point – Force India as it was known at the time – was plunging into administration. A year on from those tough weeks, the team is in a much stronger position.

Now with secure investment the RP19’s development is continuing at pace. In Germany the team began introducing an upgrade package which will be spread over a series of events. The first step focuses on aerodynamic changes to the sidepods, mirrors and bargeboards, with more to come at subsequent races.

The team has introduced a new concept with its sidepods. These are not simply shrunken versions of the early-season spec.

The sidepod’s inlet area, which is bounded by the internal crash structures, is not changed, but the fin attached to the chassis side that aided airflow into the sidepod’s undercut has been removed. Additionally, the geometry of the horizontal fin (2) above the sidepod inlet is reshaped to suit the revised sidepod shape. Attached to this fin are new mirrors (3), these are following the current trend of a mirror pod bounded by fins, with the aim that the fins help direct airflow over the sidepod top, while disguised as part of the mirror housing.

As well as the sidepods the bargeboards and floor edge are also changed. The bargeboard tops formed of the three fins (4) rising up behind the boomerang are now folder over to provide a little downwash. Plus, the footplate area is revised, the scrolled sections are reshaped with a larger opening behind them (5). Further aiding outwash effect from the bargeboards is the floor edge where the longitudinal slot (6) starts earlier towards the floor leading edge.

This will be a useful collection of changes, mainly in anticipation of the larger changes due at the next races. With the midfield so close and the summer break looming, it is essential for the team that updates like this keep coming and are able to work out of the box.