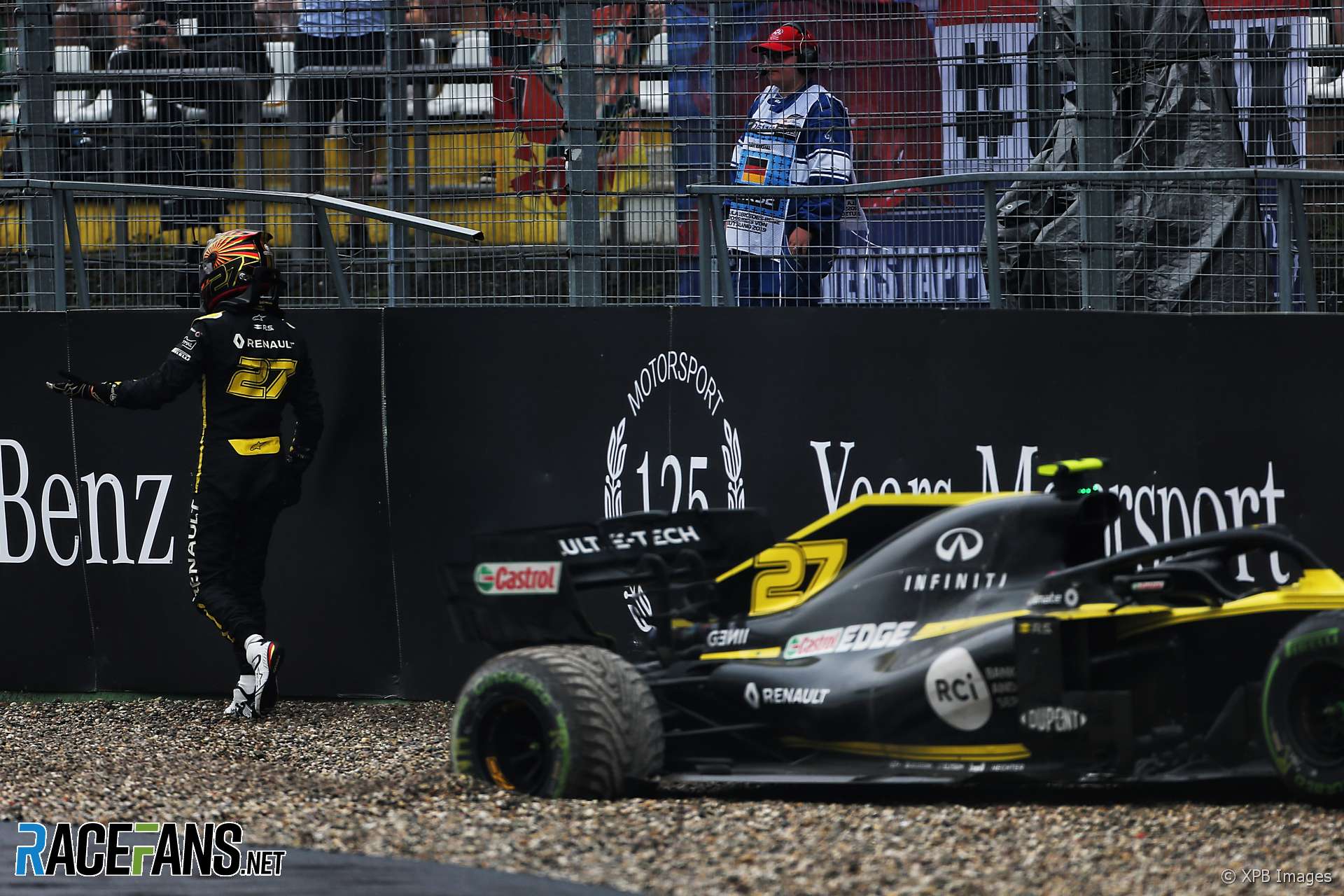 Nico Hulkenberg said the crash which put him out of his home grand prix was “a tough one to take” after he’d run strongly earler in the race.

The Renault driver held second at one point before crashing out at turn 16, the corner where Charles Leclerc’s race also ended.

“It’s a tough one to take,” said Hulkenberg. “I’m upset for myself, the team and for Renault because they deserved an excellent result today.

“It’s one of those days where you have to make it stick, and I’m just gutted with how it ended especially in front of the home crowd.”

Hulkenberg said there was no way to recover his car after he put all four wheels wide onto a slippery section of the run-off.

“The final corner was very tricky as it was damp. I lost the rear a bit, went into a spin so I opened the steering and went onto the black Tarmac. It was like ice there and by that point I couldn’t stop the car.”

“It hurts and it will hurt even more tomorrow,” he added.

Team principal Cyril Abiteboul said Hulkenberg, who was running fourth at the time of his crash, “had been driving an amazing race” up to that point.

“[He] was supported by decisions from the pit wall and good execution by the pit crew. We made the call not to put dry tyres on too early and made up a lot of positions to second.

“The final corner looked tricky all day and Nico could not save the car from the wall. It’s difficult to take as it was an exciting race and we’d have liked to have been part of it until the end.”

21 comments on “Hulkenberg: Crashing out of fourth at home “hurts””