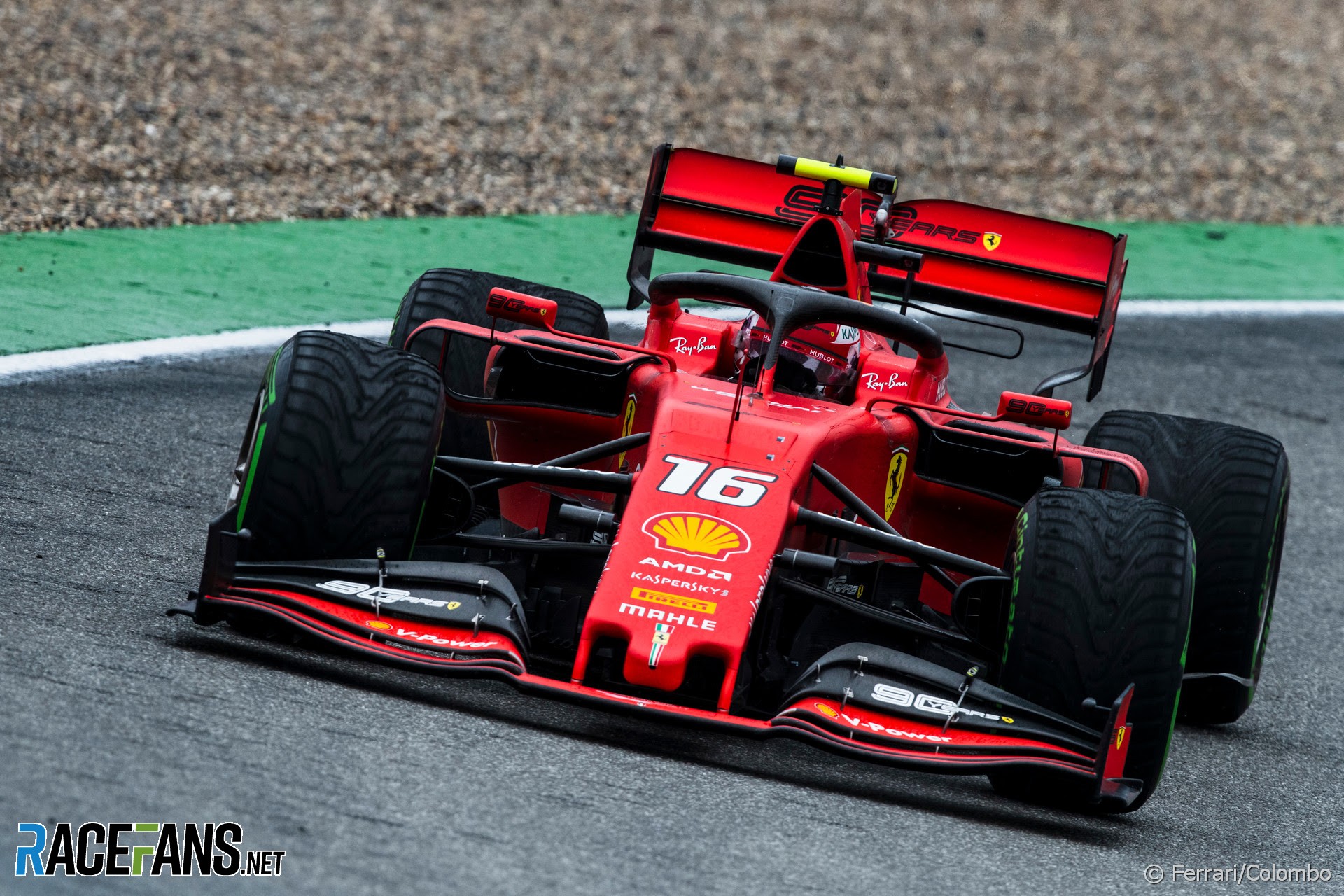 Ferrari were not treated leniently when the stewards decided against giving Charles Leclerc a time penalty for his pit lane collision with Romain Grosjean, according to FIA race director Michael Masi.

Leclerc made contact with Grosjean when Ferrari released him from his pit box as the Haas driver was passing by.

During this year’s Monaco Grand Prix Max Verstappen was given a five-second time penalty and two points on his licence when he collided with Valtteri Bottas in the pits. However Masi said the two incidents were different.

Verstappen’s penalty was “labelled an ‘unsafe release’ but it was actually ‘causing a collision in the pit lane’,” said Masi after yesterday’s race. “So that was why that was different to the one today, which was clearly an unsafe release.”

Masi said the challenging conditions in yesterday’s race and the likelihood many drivers would pit simultaneously were taken as mitigating factors when considering potential incidents.

“Part of the discussion that we had with team managers the other day, knowing that the conditions could be changeable was also taken into account. If we’ve got everyone coming in pit lane to do tyres at the same time, that’s going to be a factor in it.

“But still, quite clearly and consistent with the previous penalties, [a] €5,000 fine towards the team for what happened.”

Masi added the stewards found few recent precedents for a similar collision happening in the pits.