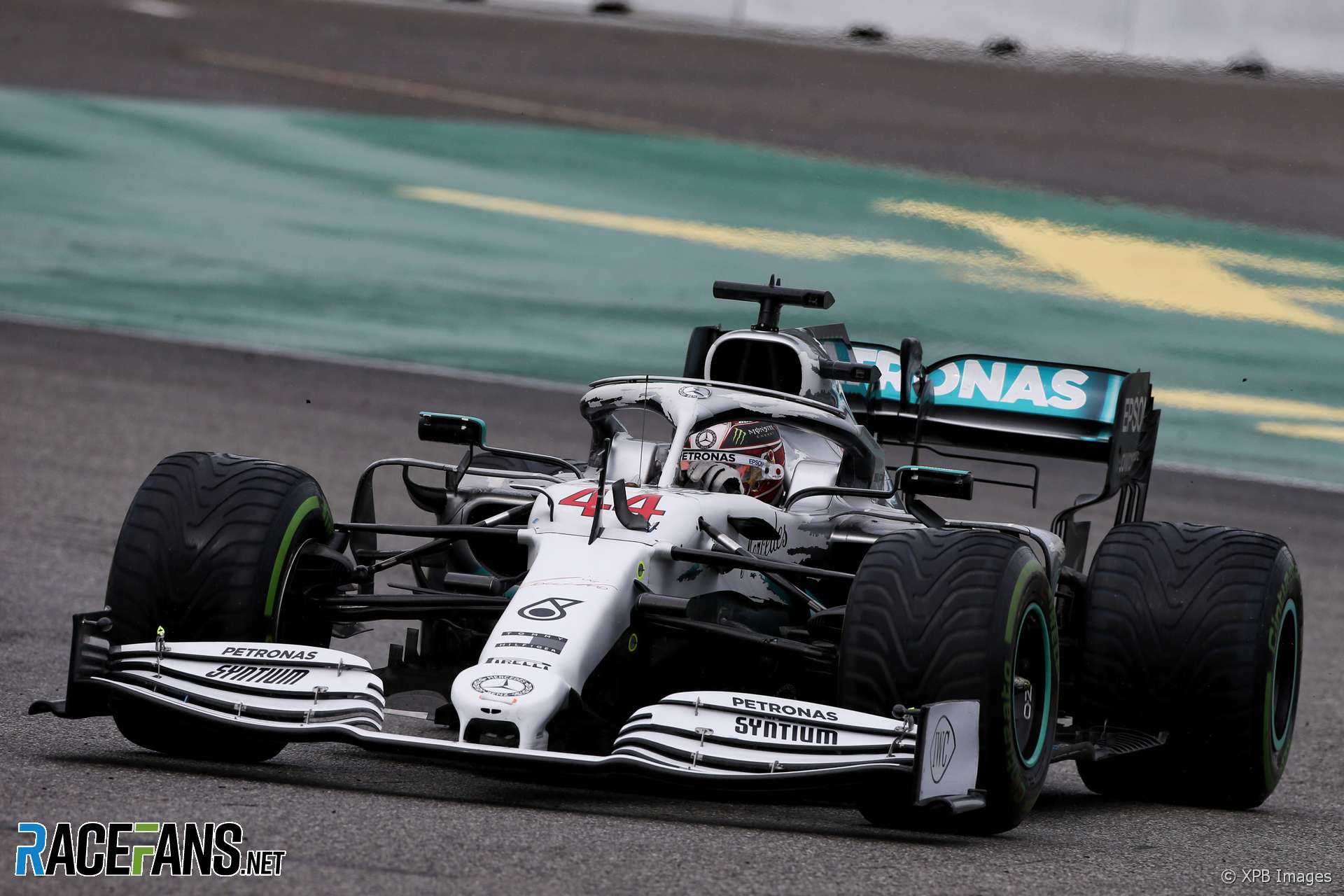 Lewis Hamilton says his German Grand Prix took a turn for the worse when he pitted for slick tyres just as fresh rain started to fall.

The Mercedes driver led the opening stages of the race on intermediate tyres. However when Valtteri Bottas and Max Verstappen pitted for medium rubber on the drying track Hamilton waited before following them. He eventually came in and switched to soft rubber, but by then more rain had begun to fall.

“I kept going for it as far as I could on the inters. And as they called me in I could see there was more rain coming down. But they have usually more knowledge than I do. If I’d said to put the inters on and it was the wrong call it could have been costly.”

However as Hamilton came into the pits more rain was beginning to fall. This caught out Charles Leclerc, who crashed out of the race.

“I think it just happened at the time they put my slicks, on the same time as when Leclerc went off, it just started to rain more,” said Hamilton. “The timing was off.”

Hamilton then hit the barrier himself close to where Leclerc crashed.

“I’m only human,” he said when asked about the crash. “I don’t really have anything to say about it. It was a mistake, mistakes happen.”

47 comments on “Hamilton: Race went wrong when we put slicks on in the rain”