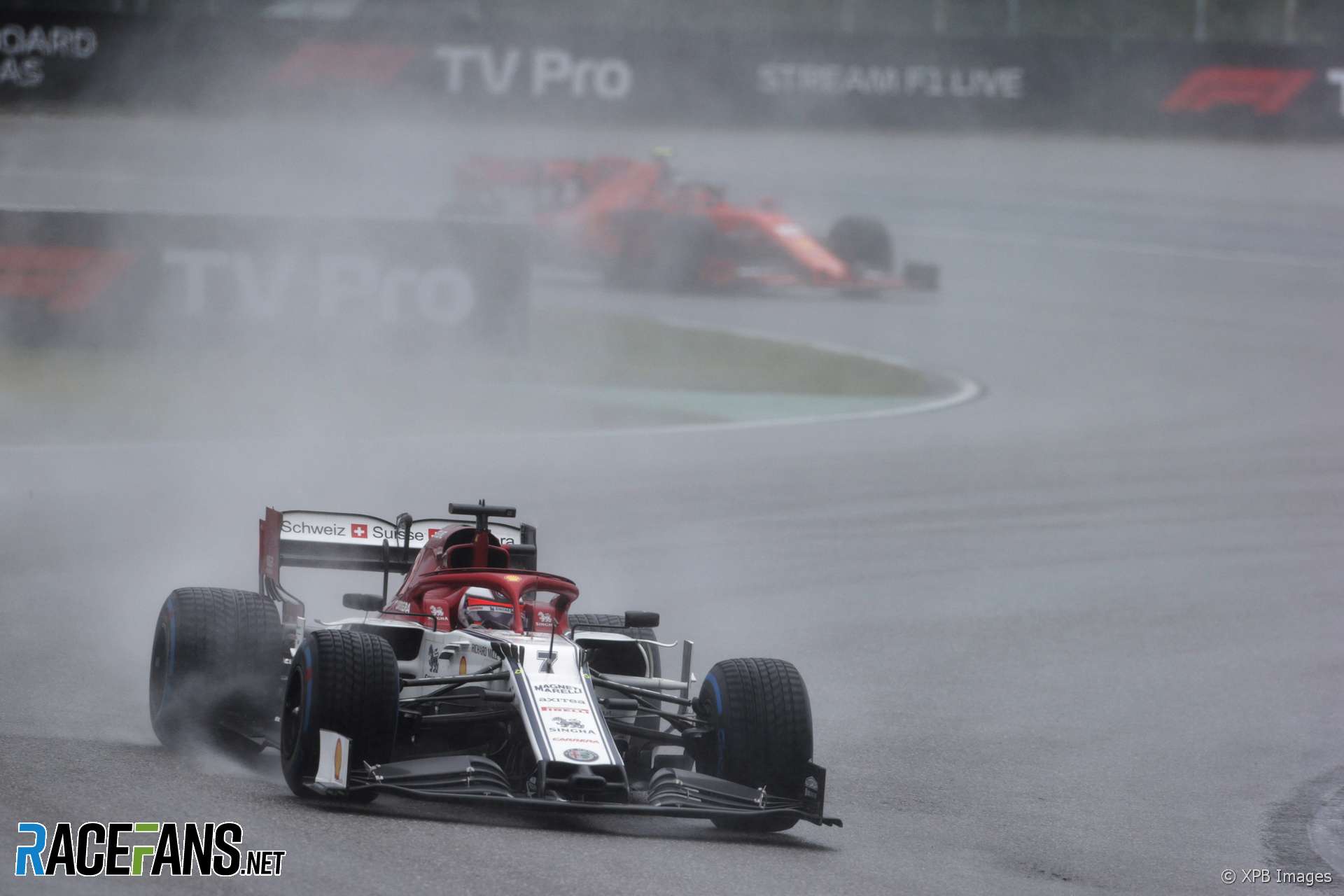 Kimi Raikkonen and Antonio Giovinazzi’s points finishes in the German Grand Prix could be under threat as Alfa Romeo face an investigation for a technical violation.

The FIA has confirmed the investigation concerns starts made by both drivers during the race.

The investigation concerns the “clutch torque application” by both drivers’ cars during the start of the race.

Raikkonen and Giovinazzi finished seventh and eighth respectively. If their cars are disqualified, Lewis Hamilton will be promoted to ninth and Robert Kubica to 10th place, taking his and Williams’s first point of the season.

35 comments on “Alfa Romeo under investigation over race starts”