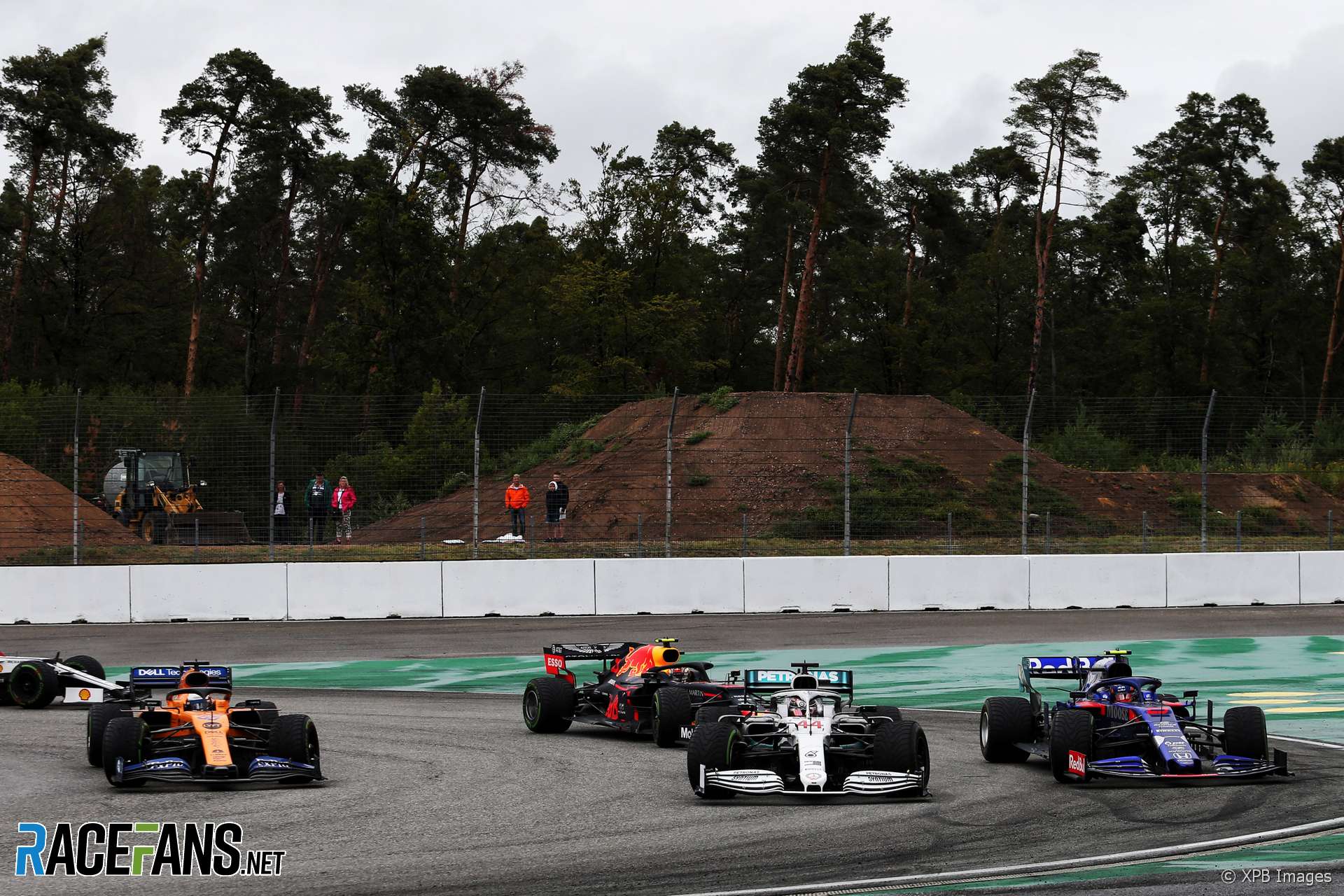 Alexander Albon says he lost the chance for a better result in the German Grand Prix because he was “forced” into trying to pass Lewis Hamilton at a restart.

The Toro Rosso driver lost several places after attempting to pass the Mercedes driver at a restart. He admitted afterwards he had mixed feeling about finishing sixth because he felt a better result had been possible.

“It’s a weird one to be honest,” said Albon. “I’m really happy with myself, I’m happy with the team. I think the team did an unbelievable job. Every strategy call we did was the right one on both cars.

“We were running in the top five and I thought this really is our pace. We weren’t losing out to the guys in front and the guys behind were dropping back so I was really, really happy with how it was going. And I thought three-quarters through the race as long as we just finish where we are we’re sorted.

“Unfortunately there was a restart. I got caught with Lewis, actually, the last person I expected! I didn’t want to overtake him but I was kind of forced in a position that I had to try it. And we lost a bit of ground and of course the guys on the slick tyres undercut us quite severely.

“But to be honest it’s a weird feeling. It’s a slightly disappointing sixth position.”

Albon had never driven a Formula 1 car in the wet before today’s race. He admitted he found it difficult to answer the team’s questions about which tyres he wanted.

“I’ve had zero experience in the rain, never mind changing conditions,” he said.

“The team were like ‘when do you want to pit, is it time for dries?’ And I was like ‘I have no idea, you guys are going to have to help me out’. I said ‘just tell me everything’. I had no clue when to pit but the guys did an amazing job. ”

8 comments on “Albon: ‘I didn’t want to overtake Lewis’”