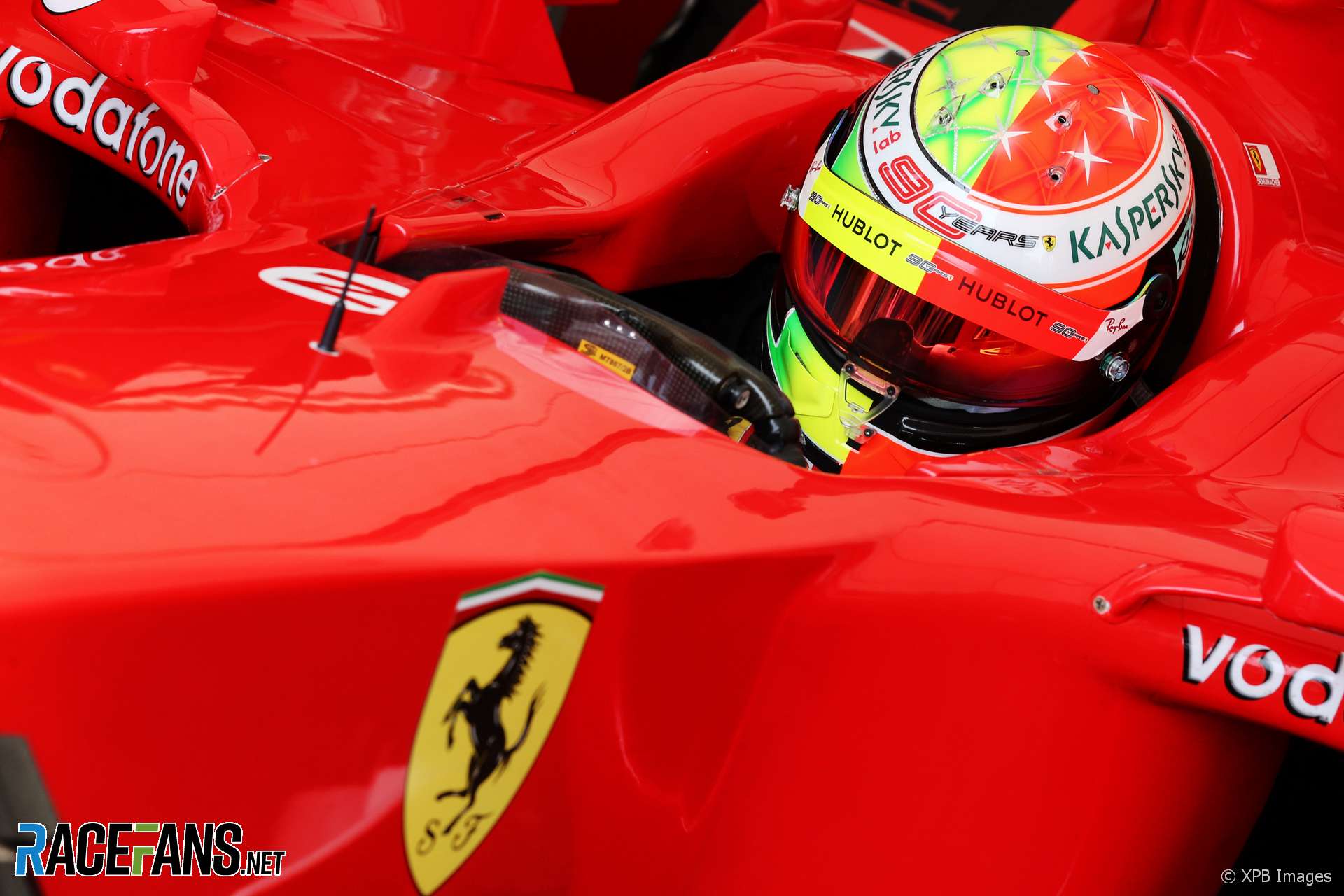 Mick Schumacher has driven his father Michael Schumacher’s Ferrari F2004 in a demonstration run at the Hockenheimring today.

The Formula 2 driver toured the Hockenheimring in the car, which is one of the chassis his father used to win his seventh and final world championship 15 years ago.

Schumacher said the F2004, which won 15 out of 18 races it started that season, “is a symbol of great times for Formula 1 in Germany and I imagine that some of the spectators will have flashbacks to those times.”

Schumacher was five years old in 2004 and said he does not have any memories of his father driving the car. “Obviously I know what he achieved in the F2004 and that he won the German Grand Prix that year but I think I was too young to take it in.

“I’ve seen the highlights but I have to admit I don’t really have any memories of it. I more recall our races at home in the garden.”