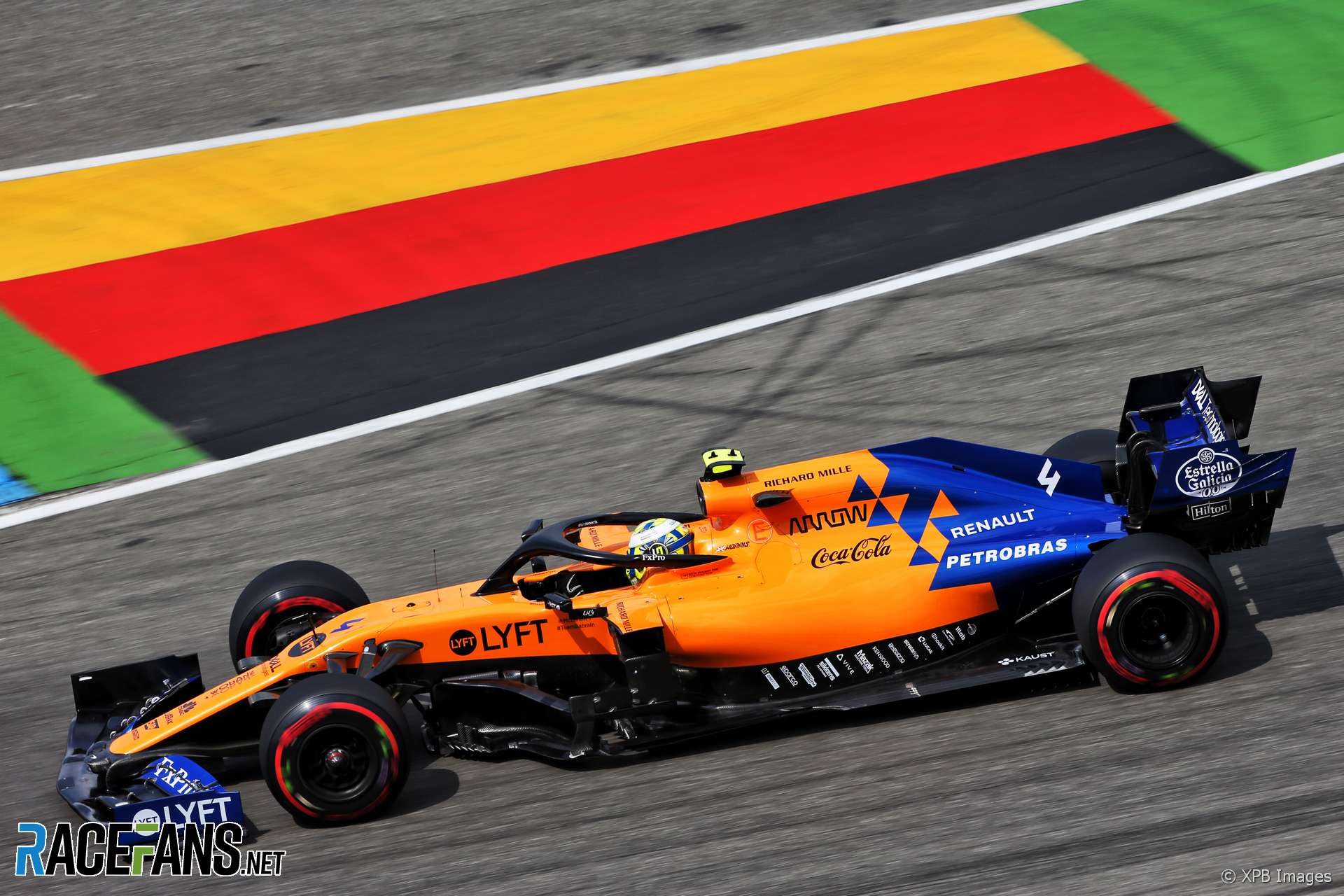 Lando Norris says he’s let McLaren down for the first time this season after dropping out of qualifying in the first round at the Hockenheimring.

He missed out on a place in Q2 by 55 thousandths of a second. Norris’s team mate Carlos Sainz Jnr did make it through and went on to qualify in seventh place.

Norris denied he had any particular problem with his McLaren. “It just wasn’t my day,” he admitted.

“[Final practice] was relatively OK. I just didn’t put my sectors together when it counted on the second run and that cost me. But there was nothing too much.

Barring penalties Norris is set to start the race from 16th on the grid, his lowest starting position so far in his debut season. The McLaren rookie, who has qualified in the top eight for the past four races, said it was “very small mistakes” which prevented him making it into Q2 today.

“I’m frustrated but at the same time it’s the first time this year I’ve let myself down and obviously the team. Every other time I’ve been there or thereabouts when I’ve needed to.

“This is the first time I’ve let the team down when there was more potential in the car. Obviously Carlos got into Q3. So I just have to move on.”

“I’m disappointed but tomorrow’s a new day,” he added. “The racing’s always good fun so we’ll find out.

“Obviously I’ve got a bit of homework to do but apart from that we’ve had some good races over the past few weekends so hopefully I can do something like that tomorrow.”

2 comments on “Norris: This is the first time I’ve let the team down”