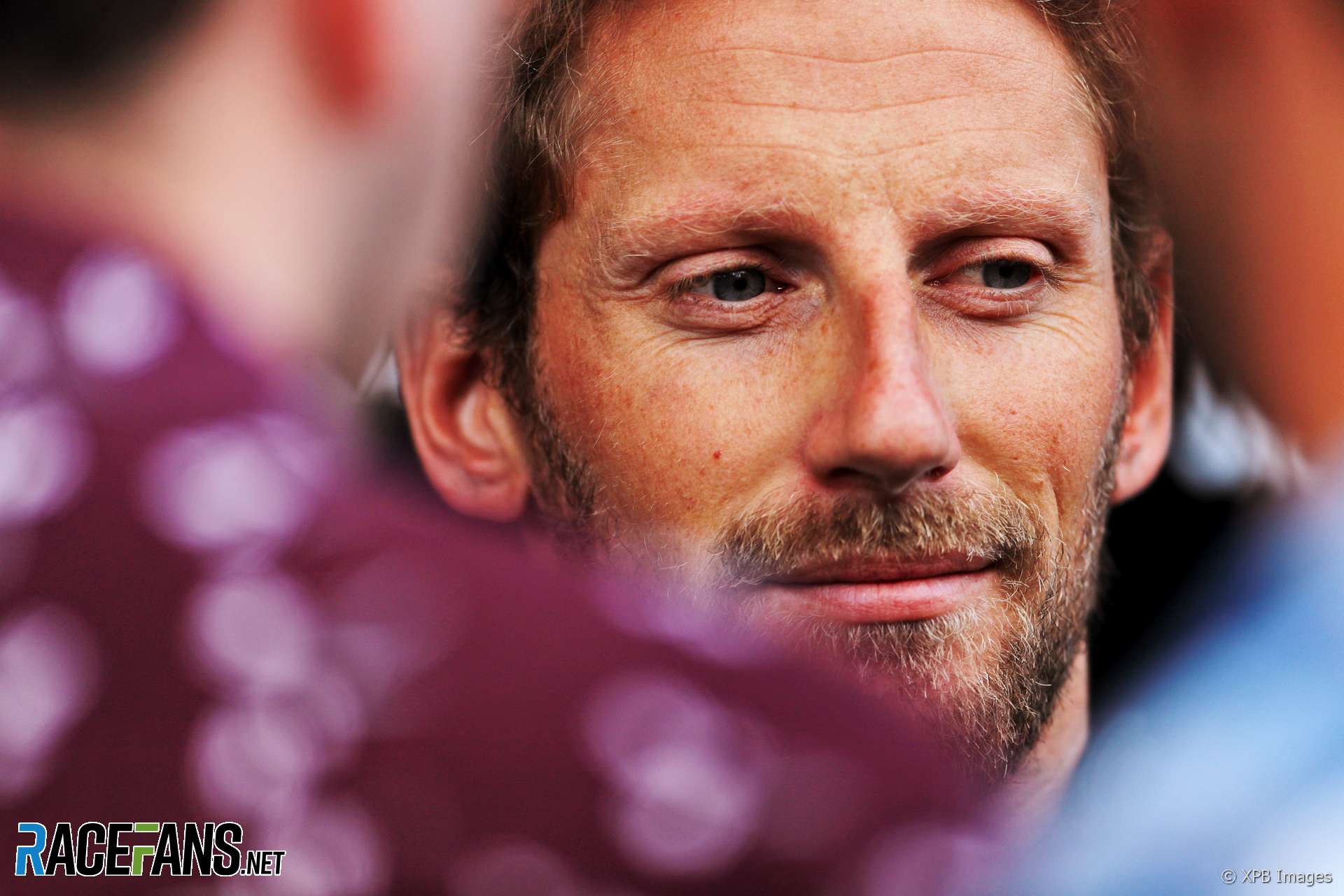 Romain Grosjean and Kevin Magnussen will be given fresh instructions on avoiding further contact ahead of this weekend’s German Grand Prix.

Haas team principal Guenther Steiner warned his drivers after the second run-in between the pair this year at Silverstone. Both drivers retired from the race after they collided at turn four and again at turn five on the first lap of the race.

The pair previously made contact during the Spanish Grand Prix. Steiner said he was “still not over” the latest collision between his drivers.

“Normally I get over things pretty quick but this one, because we had a clear talk after Barcelona, what to do and what not to do, and it wasn’t followed, which is disappointing.”

Steiner had told the drivers that if one was believed to have gained a position from the other unfairly, the team would order them to change places. “My instructions after Barcelona were quite clear,” he explained. “Even if the guy who is [in the] right is going back, they will be put forward again. So that should have taken all that one out.”

Asked if they will discuss the incident again ahead of this weekend’s race, Steiner said: “I think I have to.”

Grosjean said the team will “have a briefing on Sunday morning” but defend his and Magnussen’s driving. “We’re not stupid and we want to avoid contact,” he said.

“We always qualify next to each other so the risk is higher and in the midfield, in the pack, it’s not always easy to position the car where you want.”

Grosjean believes “there wasn’t anything that was particularly bad” in the battle between the pair at Village and Stroll which left both cars with punctures. “There’s a lot of things that could have been different in Silverstone,” he said.

“Kevin touched my rear wheel out of turn four, punctured my rear-right tyre. Then I went to turn five obviously on three wheels.

“I pushed him wide but I didn’t know he would be outside either. He punctured again. It’s a double puncture for two small touches.”

Haas were unlucky both drivers’ races were ruined by the contact, said Grosjean. “Look at [Max] Verstappen, he flew up in the air. I’m sure he had a bit of floor damage but sometimes a small touch creates big things.”

9 comments on ““We’re not stupid, we want to avoid contact”: New orders for Haas pair after clash”