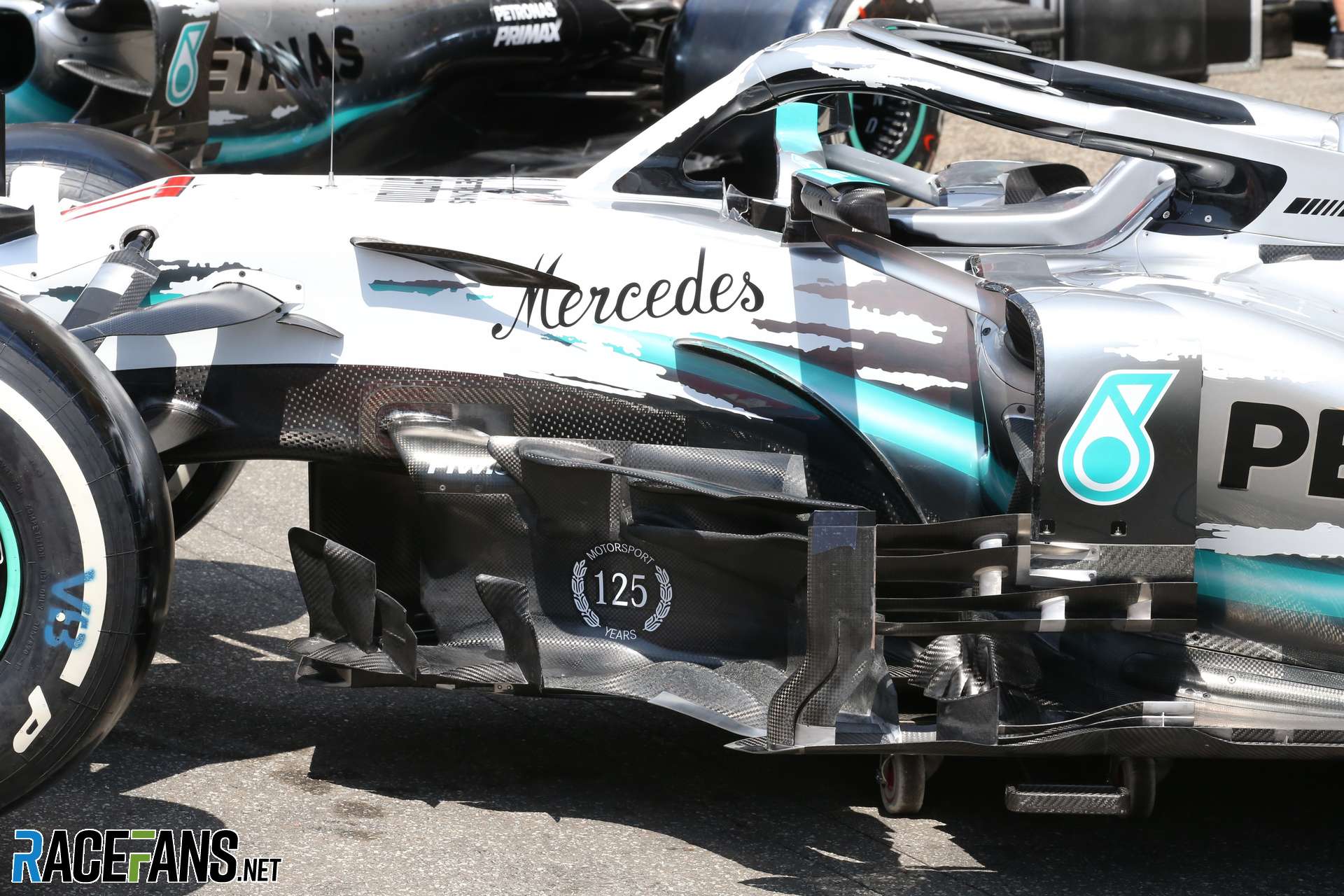 Mercedes has brought new parts for its W10 to help address its poor performance in high temperatures but Lewis Hamilton doubts they’ll have a significant effect.

The team has only failed to win one race this year, in Austria, where they suffered serious cooling problems due to the combination of high temperatures and above average altitude. Hamilton and team mate Valtteri Bottas had to back off for up to 400 metres per lap to ensure they reached the finish.

Bottas revealed the team will attempt a solution to the problem tomorrow, when temperatures are forecast to reach 39C at the Hockenheimring.

“We know our car is maybe not the most efficient in hot conditions,” he said. “But we have some new bits for the cooling. Also a pretty nice new aero package which should give just general performance to the car.”

However Hamilton said the shortcoming with the car’s cooling cannot be solved by a simple fix.

“There’s not really much we can do,” he said. “This is a much bigger design issue than we have when it gets hot. So it’s not so easy to change it. We are working towards it but it’s very, very small steps and small increments which are not making a massive difference.”

Hamilton said the expected fall in temperatures on Saturday, and the likelihood of rain during the race, should help Mercedes.

Bottas is also keen to see the forecast rain arrive. “”We haven’t had any proper wet running this year so it would be nice to try,” he said. “I wouldn’t mind if it happens here.

“We definitely wish [the temperature’s] going to be less than tomorrow. But I’m sure these kind of extreme temperatures we will not be the only team struggling and like I said also with the new parts in terms of the cooling it should make our life easier.”