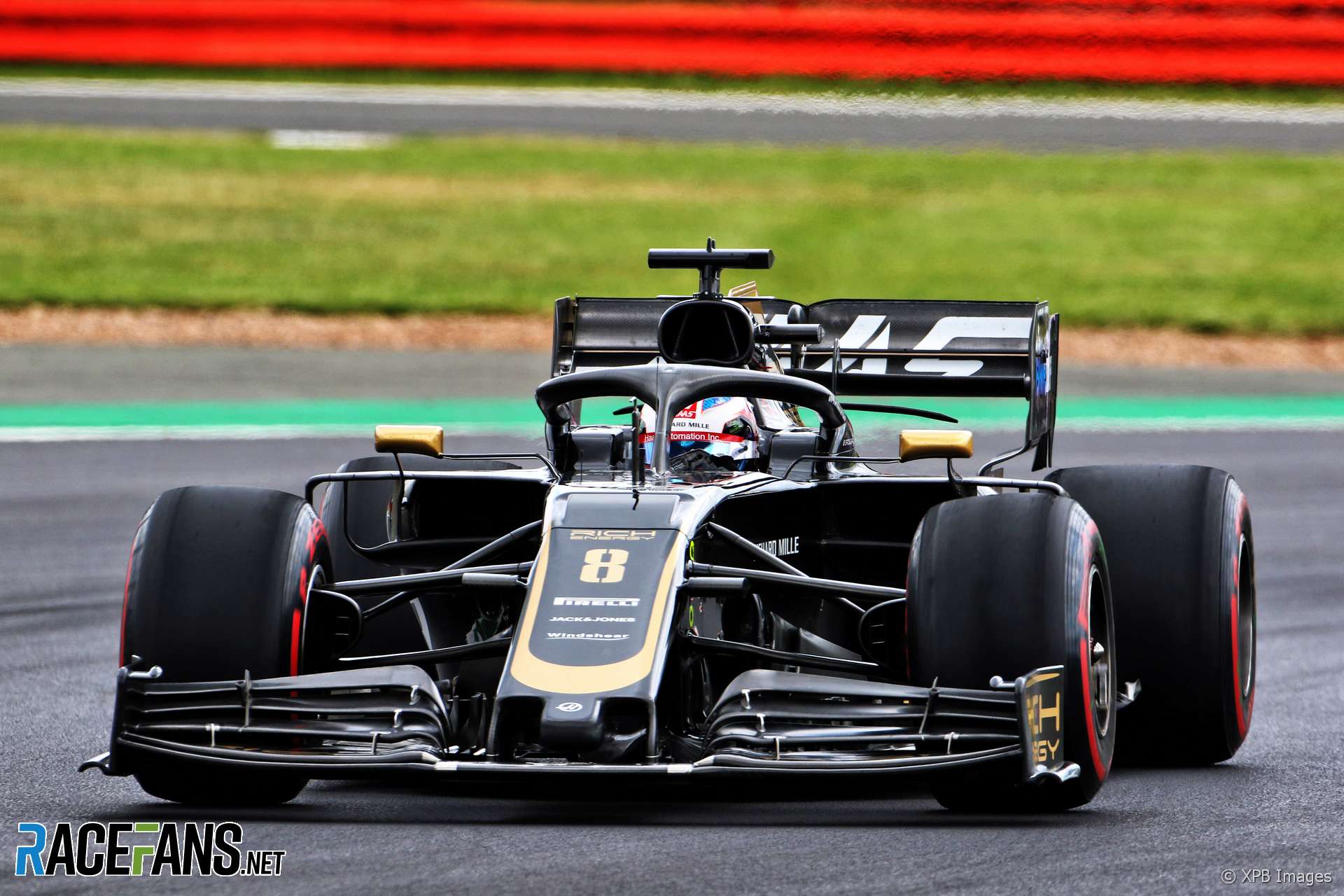 Haas resorted to running Romain Grosjean’s car in an older aerodynamic specification at Silverstone as the team tried to understand where it has lost its way with the VF-19.

This produced some useful information: Grosjean managed to out-qualify Kevin Magnussen, who continued with a slightly updated version of the VF-19, which featured a small change to its floor.

Haas is trying to get to the bottom of why it struggles to heat up the tyre’s bulk temperature in the race, which has been the root cause of its poor pace. Once the tyres are too cold to be effective, they slide, and the surface temperature shoots up which further diminishes their performance.

Through the season the team has played with set-ups, going softer or harder with the suspension without success. The problems seen at one race will be different to the next. They’ve been chasing their tail, to the point where the team tried an early season spec aero and set up, in order to go back to the baseline where the car was working in Melbourne.

For the British Grand Prix, the floor area ahead of the rear tyres was revised. A new metal bolt-in section was run, with several small differences.

The floor is surprisingly modular in this area, allowing the team to remove and replace sections without resorting to manufacturing a complete new floor. The metal tyre-deck area is one such modular component and the floor just inboard of it that houses the fin. In the new specification, the old double fin arrangement was replaced by a longer single fin (1), while the metal section featured a revised slot and a large flap (2) formed on the corner of the floor.

However their efforts at Silverstone were frustrated by both drivers crashing on the first lap of the race. This was the last thing the team needed on a weekend where a bizarre row with one of its sponsors added to their troubles.

While Grosjean was happy with his old-spec car in Q1, he was mystified by a sudden loss of grip in Q2. The problem turned out to be their season-long bugbear, tyre temperature, team principal Guenther Steiner revealed. “The first set was heated up wrongly.”

The team found the fluctuating track conditions a challenge. “In qualifying, between the wind and the track changing, you needed to be out at the right minute of the day to get a good lap,” said Steiner. “Our first was pretty good and we still have to understand why it went down in Q2.”

“I think from our Q1 time we would have started in the top 10 so it’s very strange where it was went but there was a few cars all over the place so I think we were not the only ones,” he added. “I think the track changed a lot.”

But after the race it was clear that the missed opportunity to learn more about their problem frustrated Steiner as much as the fourth consecutive point-less weekend did. “We got some data, not a lot today obviously,” he said afterwards.

“We got four turns, that will not help a lot.”