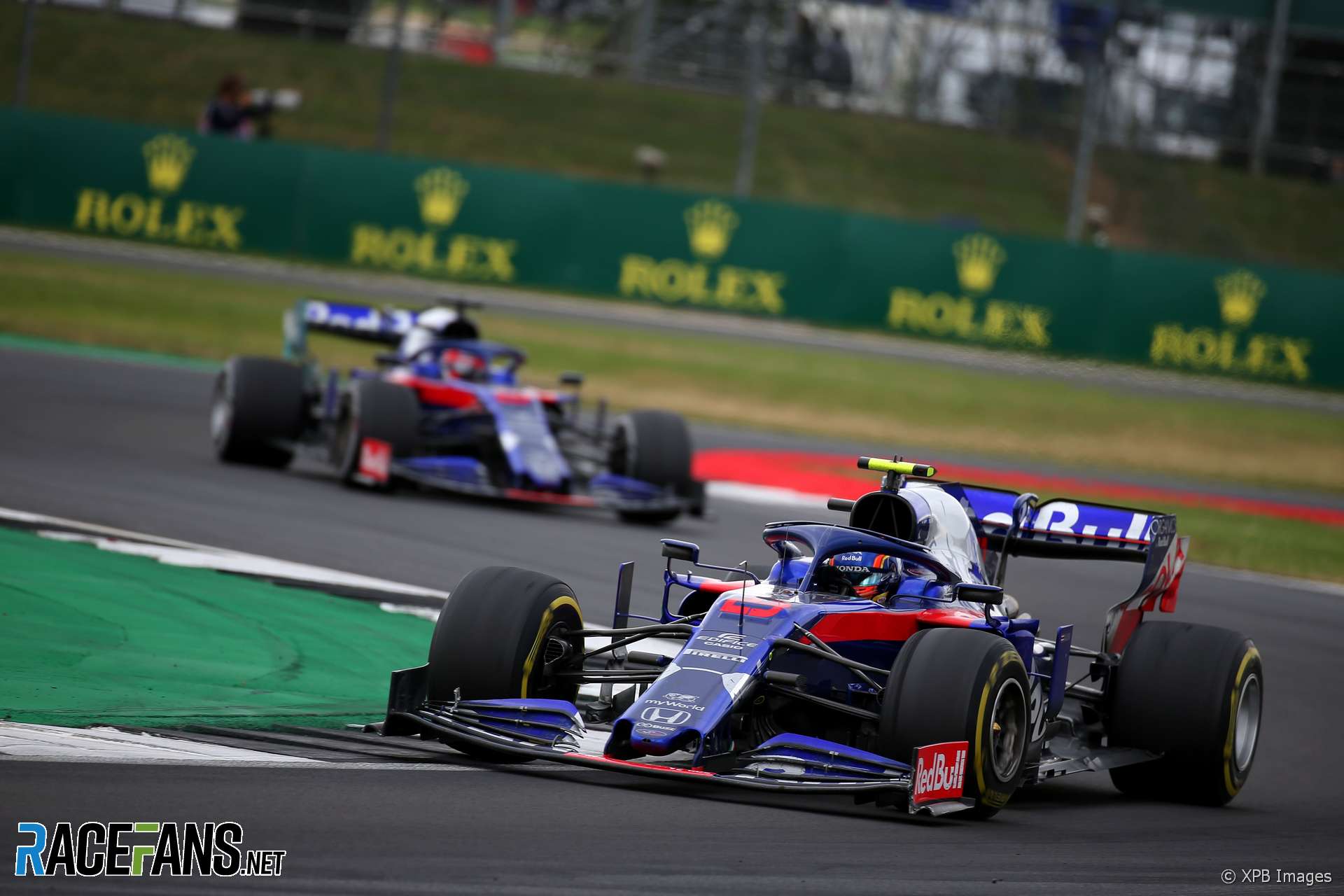 Toro Rosso did not tell Alexander Albon about a high voltage problem on his car which meant he couldn’t pit during the second half of the British Grand Prix.

Albon dropped out of the points places with two laps to go at his home race after running a 39-lap stint on his medium tyres. His team could not bring him in for a pit stop as they could not risk touching his car.

“Unfortunately, Alex dropped out of the points in the closing stages, as he was unable to make the second tyre stop that he needed,” explained Honda F1 technical director Toyoharu Tanabe.

“This was [power unit]-related, as the data showed a high voltage issue, so we told the team it was inadvisable to make a second stop on safety grounds. Of course, we will now analyse this issue very carefully.”

Albon was only told the reason for his unusual long stint when he finished the race.

“You’ve done a very good race, Alex, we just had a problem with the car and we couldn’t do anything,” his engineer added.

Albon parked his car away from the others and jumped clear of the cockpit to avoid touching the STR14 and the ground at the same time. The car was then attended to by Toro Rosso mechanics wearing rubber gloves for protection.