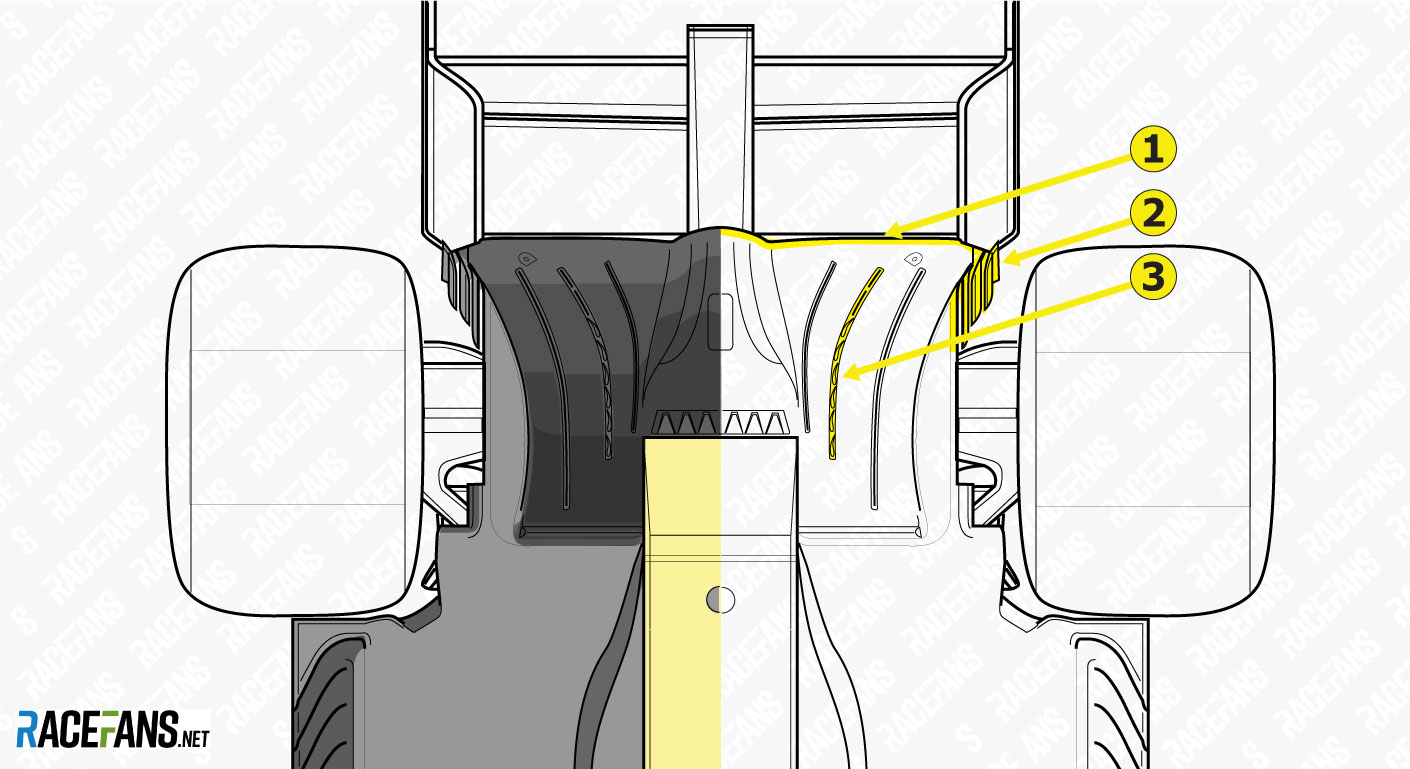 The Austrian Grand Prix ended in disappointment again for Ferrari as for the third time this year a likely win got away from them in the final laps.

But had reason to draw encouragement from their car’s performance, especially over a single lap. Have Ferrari finally found the key to unlocking the pace of the SF90?

The team has not shied away from admitting their car has failed to take the fight to Mercedes. As described previously, the root problem is they cannot consistently get the tyres into the optimum working range. Traction and cornering are consequently affected, costing lap time to Mercedes, despite Ferrari’s faster straight-line speeds.

While the interplay between the downforce level and suspension set-up lies at the heart of the problem, the greater proportion of blame has been placed upon the car’s aerodynamics. Ferrari went for a lower downforce and lower drag car, this concept is being reviewed by Ferrari and changes are being tested.

The first changes resulting from the reappraisal of the car have appeared in recent races. These aren’t a full fix but are probing areas of known weakness to see if the changes brings some improvement. A raft of updates appeared in France: front wing, brake ducts, floor edge and diffuser. Of these only the diffuser did not reappear in Austria. This has been viewed as a failure of the revised design, but the reality is that these were experiments, so even if they didn’t deliver on-track any lessons learnt will go back into the development loop.

Ferrari’s French GP diffuser (above) was similar to Red Bull’s latest development. The outer corner was changed to pull more flow through the underfloor. Although Ferrari already has a three-element perimeter flap (1) around the diffuser, the shaping of the outer corner was more aggressive, the usual legality fin to meet the maximum height rule was removed and replaced by a diagonal strip connecting the flaps and positioned to meet the height rules.

The flaps also project forward (2) along the diffuser’s edge to work with the high pressure air above the floor and strength the vortex formed along the outer edge of the diffuser. Similar detail work is shown with the fences inside the diffuser, where the larger middle fence (3) has slots to add more energy and to direct the vortex shed from its lower edge.

In Austria there was only a revised nose vane package evident on the car. Ferrari run a series of slots in the front wing mounting pylon hanging from under the nose. These direct airflow inwards and direct it towards the front turning vanes just downstream of the pylons.

The package of changes included the nose pylon slots were made larger to ‘inwash’ more airflow towards the front turning vanes, which were rearranged with a second vane added behind the usual one (2). To endure the reshaped slots remain legal, there is a now long strip running underneath them (1).

This small piece of carbon fibre meets the wording of the ‘single open section’ rule applied to the nose, by providing a continuous surface. Combined with the initial inwash effect, it is being used to create more outwash effect from the turning vanes.

As with all of these changes, this is not very significant on its own. But Ferrari’s path back to competitiveness is not about one major change, rather a series careful correction of many elements forming the car’s aero package.

Despite missing out on the win, Ferrari’s pace in Austria may not be the sole result of the aero upgrades, but a combination of the track layout and unusually hot weather. This may have flattered Ferrari, as Mercedes were clearly off the pace due to the effect the unique conditions had on its W10. With a more demanding circuit and typically cooler temperatures, the upcoming British Grand Prix at Silverstone will be a sterner test of Ferrari’s progress.