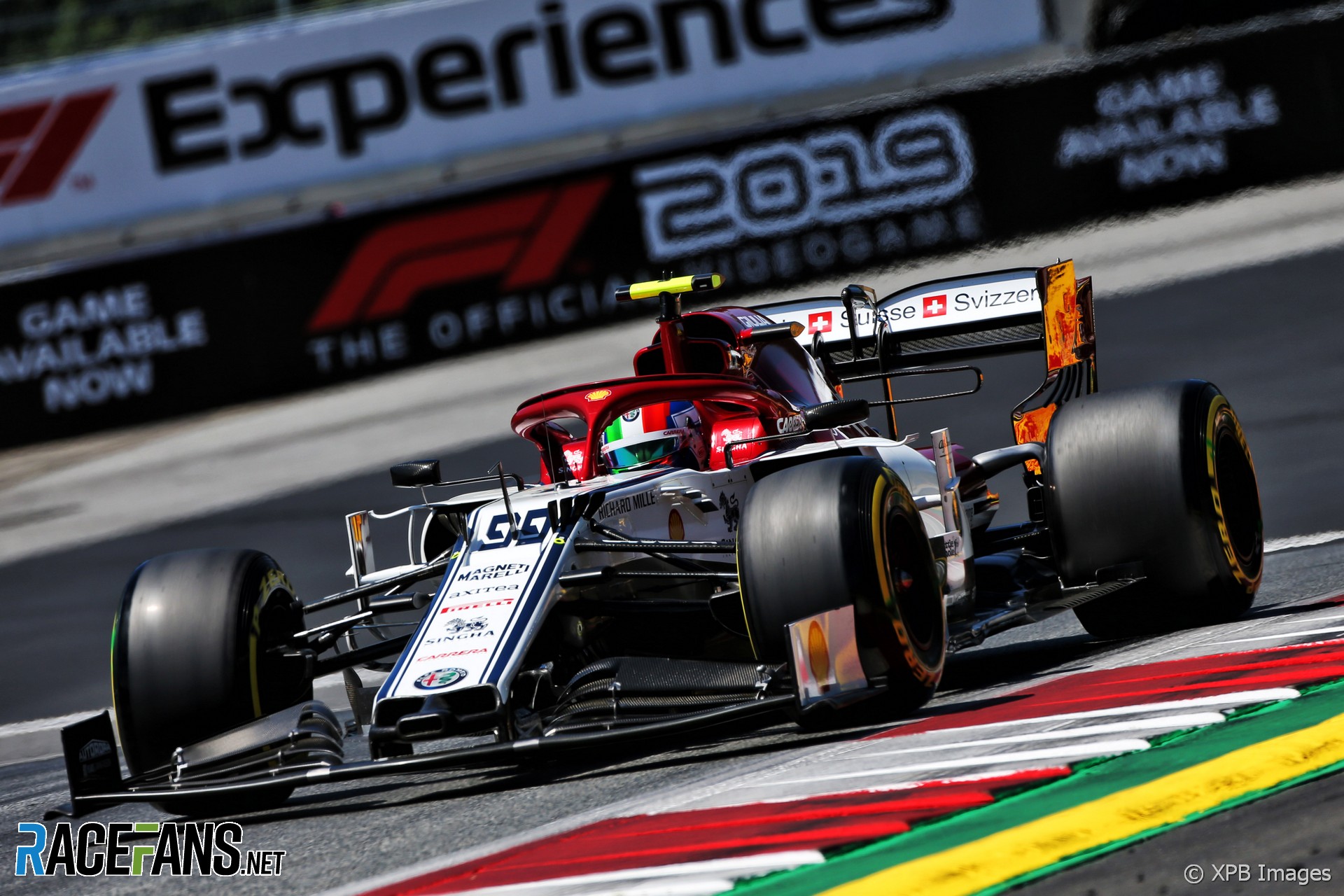 Antonio Giovinazzi says he is pleased with the progress he has made on his return to Formula 1 after two years of almost no racing.

The Alfa Romeo driver made his F1 debut at the beginning of 2017 when he spent two races as a substitute for Pascal Wehrlein. He spent much of the intervening period working on Ferrari’s simulator.

He achieved a breakthrough at the Red Bull Ring by scoring the first point of his grand prix career. Giovinazzi said that shows the progress he has made.

“My target was to improve race-by-race,” he said in response to a question from RaceFans after the Austrian Grand Prix. “I knew it was not easy because I missed two years without racing so I’m really happy with the progress I’m doing.”

Speaking earlier in the weekend, Giovinazzi said his first race back in F1 had been “really hard for me”, and that his subsequent upswing in performance coincided with a downturn in the team’s form.

“In Baku we went to Q3 but we had a grid penalty. And then after Baku we had not the best track performance of the car: Barcelona, Monaco.

“Then when I was actually improving myself, I was really close to Kimi [Raikkonen]. In Paul Ricard I think we had a really good upgrade of the car and finally we were stronger again and we had a really good weekend up until Saturday, then Sunday obviously we didn’t get the points.”

Giovinazzi finished last week’s race on his team mate’s tail. He says he and Raikkonen have similar requirements from the car, which is helping the team make progress.

“So far we are able to drive the same car. This is important. Maybe I’m a little bit more aggressive than him, he is a little bit better in the race pace.

“It’s something I need to improve also from my side because the last time I was racing was back in 2016 and after that I just did 24 Hours of Le Mans and two days in the Sauber in the beginning of 2017.”

Having Raikkonen as a team mate “can just help me to improve faster and this is what I’m doing”, said Giovinazzi.

“Of course he’s not [one] who comes to you and tried to help you. But I have the data from him, I have the video from him and if I need to ask him something he always answers me. So the relationship is really good with him and for this we need to keep working like that.”