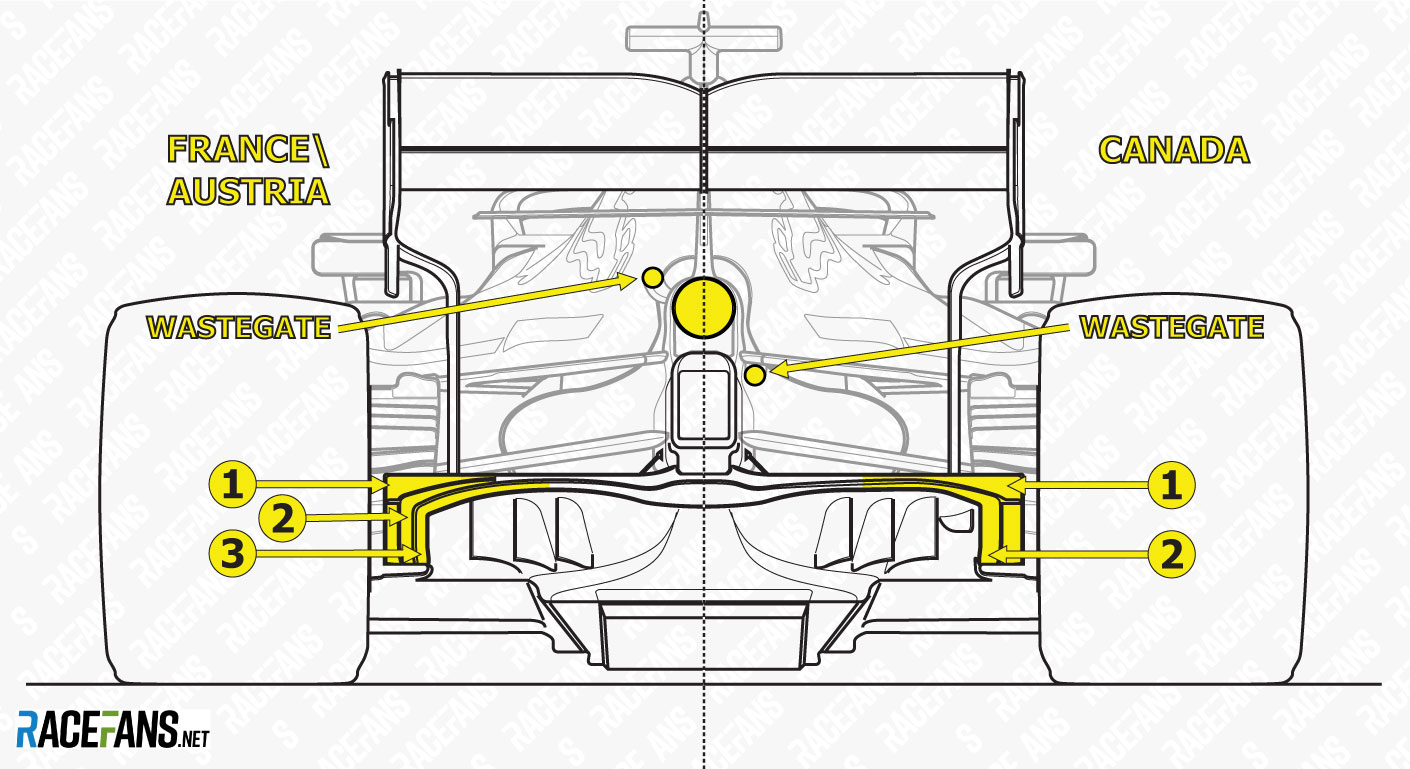 Red Bull and Honda’s development programmes were rewarded last weekend as they became the first team to break Mercedes’ stranglehold on success in 2019. However the car that parked behind the P1 sign at the end of the Austrian GP was a mix of new and old developments.

The Red Bull Ring may well be a power-sensitive track, but this win was by no means a sign that the group at Tochigi have completely closed the gap to Mercedes and Ferrari. There were other factors in the win: Mercedes struggled with heat management and the Red Bull chassis made superior use of the Pirelli rubber on a scorching day.

This, of course, was Honda’s first win in the V6 hybrid turbo era, after years of hard lessons with McLaren and, later, Toro Rosso. Honda’s research and development programme has been fast-paced this year: A major update was introduced at Baku and another in France.

Having introduced three 2019-spec power units, further updates will have to be introduced with grid penalties. Red Bull are pressing for more performance, even if there is some reliability penalty, so there is the pressure and scope for even more progress from Honda this season.

On the chassis side the initially tricky RB15 has evolved. There has been the total change of the front wheel, upright and brake duct package, changed to blow air through the wheel to retrieve some of the outwash lost from the ban on blown axles. Other than this, there have been no major changes, instead a continuous stream of small detail updates around the front wing, bargeboard, floor and diffuser.

Paul Ricard saw another step in the car’s development. Red Bull brought a new floor with a reworked outer corner to the diffuser, as well as revised turbo wastegate exhausts. Given the diffuser is capped in height and width, they key changes teams can make to it are to the bodywork around its perimeter.

Previously Red Bull sported a two-element vertical flap around its diffuser. This flap lowers pressure behind the diffuser to pull more flow under the car for more downforce. Even with a detail change to the old format in Canada, a much more sophisticated treatment was introduced in France.

The perimeter flap was increased to three elements, with a change in the shape of the inner diffuser’s top edge in order to accommodate the change. The middle of the three perimeter flaps still carries a small side extension. This isn’t an aerodynamic part: It’s there to meet the 200mm maximum height rule, as the diffuser height is measured from below. Having this strip added provides more freedom for the shape of the outermost perimeter flap.

Above this area the exhausts were also re-positioned, with the two smaller pipes now being raised over the top of the central tail pipe. F1’s regulations call for separate exhausts for the turbocharger and the wastegate/s. Most teams opt for three exhausts, one for the turbo and two wastegate pipes, even if only one wastegate is fitted.

Earlier in the season the Honda’s single wastegate set-up led into two pipes. Red Bull mounted these pipes very low, passing the ‘V’ of the upper rear wishbone to exit low down behind it. Toro Rosso with an identical and gearbox mounted the pipes higher passing over the upper wishbone.

The new set-up places the wastegate pipes in close proximity to the rear wing’s under-surface. This suggests Red Bull intend to gain some blown effect from the wastegate pipes, similar to what Renault tried last season. However a ream of technical directives was issued by the FIA in France, some of which govern ‘blown’ engine maps, though these were not due to come into effect until Silverstone, in order to give the engine manufacturers time to re-calibrate their engines to the new demands. If Red Bull is getting some performance from blowing its exhausts onto the wing, it will be short-lived. It’s possible the tailpipe will be re-positioned back to their lower position in the future.

France saw the blown wheel, floor and exhausts changes retained, but other changes were far smaller and even retrograde. The main visible change was a return to the older front wing specification. The front wing was simpler version with the five aerofoil elements all the full span of the wing and not the split-flap design introduced in Bahrain.

The wing also carried the spec three sloped top to the end plate, a design introduced in Spain and also run in Canada. And Red Bull also returned to the pre-Monaco nose hole. Running it open in Austria seemed an odd choice as it produced its own drag, but presumably must have a better overall effect on the car for the Austria set-up. These changes aren’t expected to be permanent: New parts are rumoured for Silverstone.

Given its improved power unit, Red Bull can expect to push harder for better qualifying positions. This will be important for the team as their race pace, largely due to better tyre management, is regularly on a par with Mercedes and Ferrari.

While few doubt Mercedes will return to its winning ways, Austria showed some conditions can trip them up. Red Bull can now consider themselves regular challengers to Ferrari and they will also be there to pick up on any errors from Mercedes.