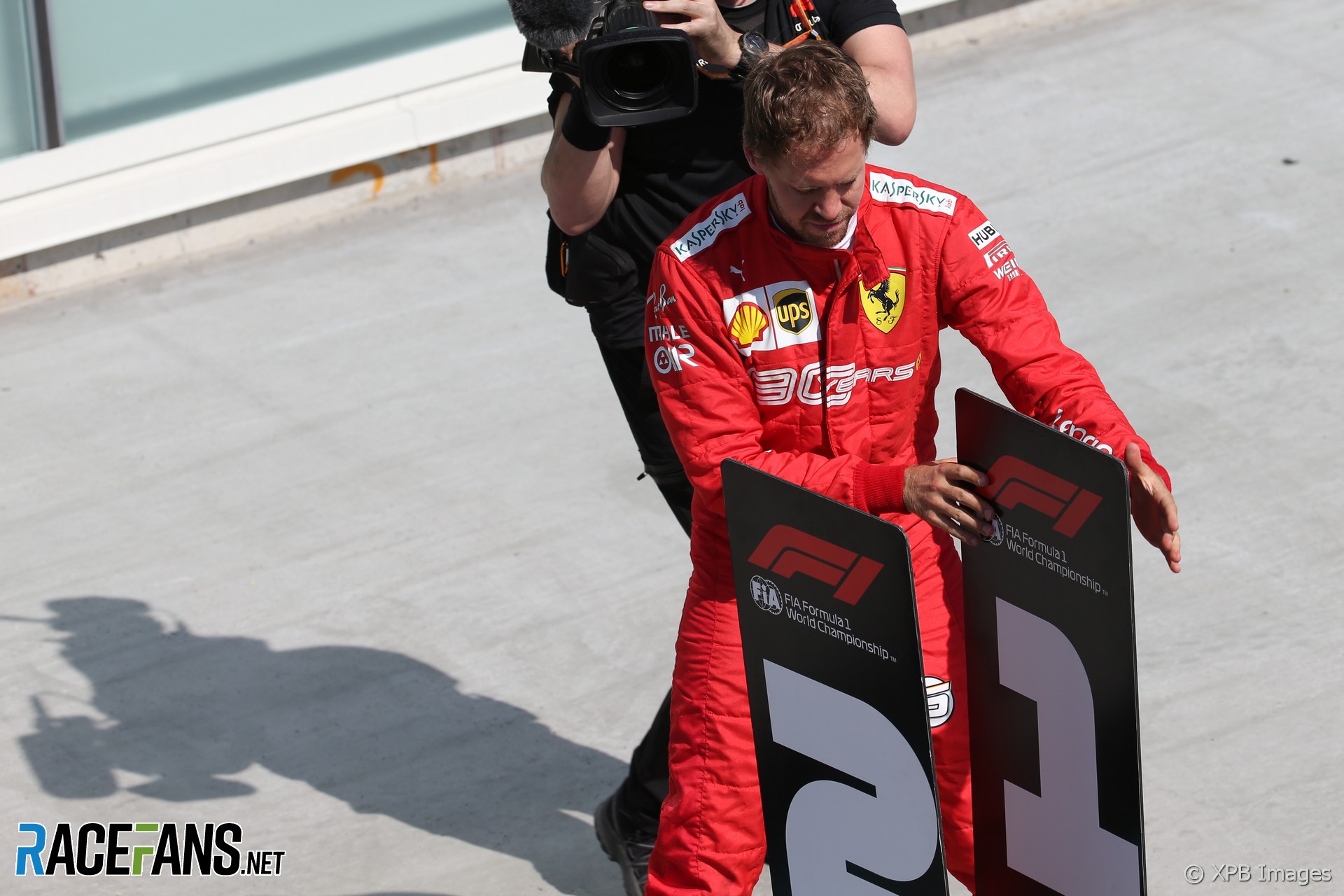 Vettel’s five-second time penalty, for forcing Lewis Hamilton to take evasive action when he rejoined the track, prompted widespread criticism from fans and drivers. Ferrari requested a review of the decision, which was rejected following a hearing at the following round in France.

However Masi, who took over as race director from the late Charlie Whiting at the beginning of the season, said he does not feel the backlash has put himself or the stewards who makepenalty decisions under any greater pressure.

“I don’t know that the pressure so much increased,” he said. “Probably the pressure is always there on all of us to be quite honest.”

“This is my ninth event in the role so for me the pressure’s up here permanently,” he added.

“From the stewards’ end they sit there and they consider everything on its merits. So personally I don’t feel that there’s any added pressure as a result of Canada or any other incident that’s occurred.

“They’re all esteemed ladies and gentlemen and gentlemen in various fields of their own. They’re all very experienced stewards and that’s part of the role effectively of being an umpire at the end of the day.”

Following the Canadian Grand Prix incident Kimi Raikkonen questioned why the penalty had been given when “they keep telling us this year that we are more free to race”.

Masi says the FIA has relaxed its approach to some areas of the regulations. “The philosophy of ‘let them race’ that’s been reiterated for the past couple of years started before my time,” he explained.

“We’re very much trying to do our best that silly menial things, or as much as they are, that maybe two or three years ago would have incurred a penalty, probably these days don’t have an impact or as much of an impact.”

He pointed out this is why decisions on some recent incidents may not always appear consistent with rulings from several years earlier. “I hate people going back a number of years because the rulebook’s evolved, the manner in which they’ve been interpreted has evolved with everyone being involved in that discussion.

“So when we start talking about precedents comparing an incident from three years ago what may have been a breach then because of the way it was interpreted has evolved and may have become lessened in some ways.”