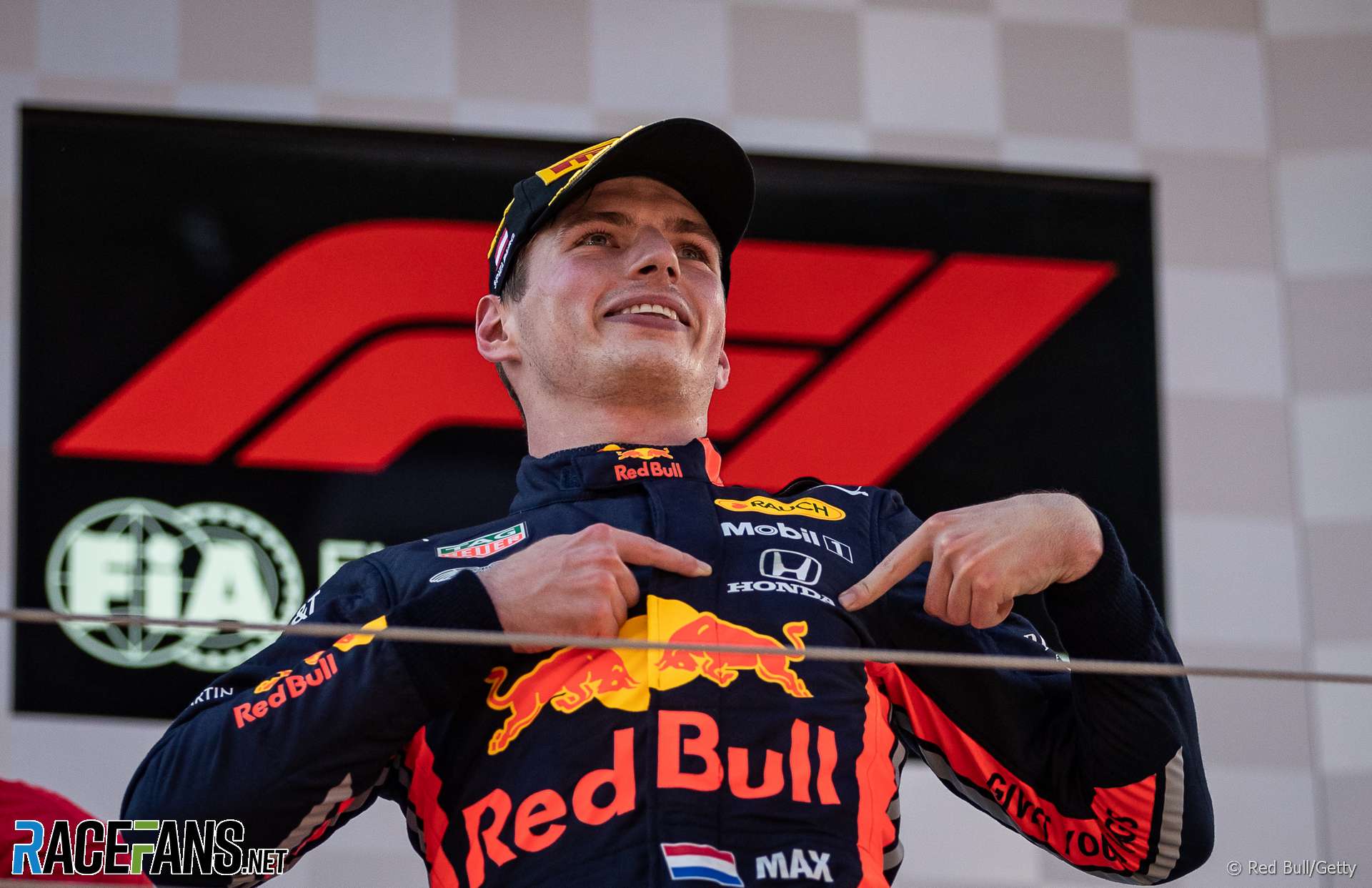 We’ve seen the best and worst of Formula 1 within the space of eight days.

On Sunday the Red Bull Ring served up a spectacle which was the perfect riposte to some of the more hysterical headlines which followed the soporific French Grand Prix.

The Austrian Grand Prix served up 82 minutes of riveting action. Unfortunately it then took the stewards 194 minutes to decide who had won it.

It was scorching in Styria. The mercury nudged 34C on the grid, where teams erected gazebos to prevent the cars overheating. The track surface baked to well over 50C.

It didn’t look promising for the Ferrari drivers – Charles Leclerc on pole, Sebastian Vettel ninth – who had chosen to start the race on used soft tyres. Surely the likes of Max Verstappen, second on the grid, and the Mercedes pair who occupied row two, would be best-placed on their medium tyres?

But within seconds of the lights going out it seemed Verstappen’s victory chances were over. His Red Bull went into anti-stall, forcing fourth-placed Hamilton and others to swerve around him. Vettel started well and took advantage of Verstappen’s slow getaway. Pierre Gasly then demoted his team mate at turn three.

Leclerc scampered away on his soft tyres, Valtteri Bottas in pursuit, and then a surprise: Lando Norris in the McLaren, who’d used his unobstructed run from the odd-numbered side of the grid to claim third. He had Hamilton on his case, however, and the Mercedes driver’s move at turn four aided Kimi Raikkonen, who got down the inside of turn six and squeezed the McLaren aside.

Raikkonen and Norris’s spell among the front runners was never going to last long once DRS was activated, and sure enough Vettel soon came by both with ease, though he squeezed Norris at turn three as if the world championship was hanging in the balance.

Verstappen, who re-passed Gasly at the end of lap one, made similar gains on the McLaren and Alfa Romeo. By lap nine he’d risen to fifth with Vettel less than four seconds up the road and the other, race-leading Ferrari almost 15 seconds away.

Once in free air, Vettel and Verstappen were quick enough to close up the top five. But the hitherto all-conquering Mercedes were unable to bring Leclerc within range. The cars were carrying wide apertures as they struggled desperately to keep the car cool in the combination of high temperatures and relatively low air pressure due to altitude.

Nonetheless Mercedes tried to force Ferrari into a strategic compromise. It worked, though ultimately it wasn’t the silver team which was able to capitalise.

On lap 20 the team told Bottas to “do the opposite to Leclerc”. “I can’t see him”, replied Bottas, who was 4.6s behind the Ferrari. Mercedes told him to come in. Ferrari immediately responded by bringing Vettel in, though a radio problem meant his team weren’t ready for him and the extra time lost dropped him behind Raikkonen and Gasly.

Ferrari didn’t waste time bringing Leclerc in, fearful of Bottas’s out-lap pace, but he easily rejoined with three-and-a-half seconds in hand. With hindsight, leaving him out a lap or two longer to have fresher tyres at the end of the race could have made all the difference, but that kind of reckoning is only possible after the fact.

Hamilton now led, and on another day this could have been the world champion’s cue to take control of the race. But the Mercedes was a blunt instrument in Austria, and Hamilton blunted it further on lap 27 when he broke his front wing at turn 10.

On the radio, Hamilton debated with his team whether they could just increase his front wing angle to compensate. Approaching the pits on lap 29 Hamilton was summoned in, but got the message fractionally too late to come in. On the next lap they agreed to replace the wing, a decision which may have been prompted by the realisation that he no longer had enough of a gap over Vettel to emerge ahead of the Ferrari driver.

Verstappen stayed out a lap longer than Hamilton and easily gained the placed from the Mercedes driver who spent 11 seconds stationary having a new nose fitted. The Red Bull driver took it steady to begin with, treating his Pirellis with care before he started to lean on them.

As the race passed half-distance leader Leclerc posted a 1’08.344, edging his lead over Bottas up to four-and-a-half seconds. Vettel was another five seconds back from him but fourth placed Verstappen, three-and-a-half seconds behind the Ferrari, was poised to close in.

On lap 39 Verstappen matched the quickest time of the Ferrari drivers. Vettel was pushing too, so that it took eight laps for Verstappen to get within DRS range, but by then the pair had also taken four seconds out of Leclerc.

After three laps of effort, Verstappen punctured Vettel’s defences on lap 49. The Ferrari driver immediately called for a pit stop to fit one of the spare sets of new soft tyres he had left from his truncated qualifying session. Meanwhile Verstappen pressed on.

Bottas didn’t even offer token resistance. The Mercedes drivers were having to lift and coast for around 400 metres per lap of the 4.3-kilometre lap, so he was hardly in a position to fight. By lap 56 Verstappen was up to second, with five seconds separating him from the lead.

Verstappen found up to a second per lap as he chased down Leclerc, though it was usually quite a bit less than that, depending on traffic. The stragglers came at them quickly around the short circuit. By lap 66 they were closing on seventh-placed Gasly, and whatever dismay Red Bull might have felt about his performance was surely offset by the serendipity.

The team played a straight bat on the radio. Gasly was told clearly and well in advance Leclerc was approaching him but the team also made sure he was well aware who was in second and how quickly they were catching the race leader.

Leclerc caught Gasly at the worst point on the track: heading into the sweeping turns six, seven and eight. As they emerged Gasly moved aside but made sure to let Verstappen through too, and now the battle for the lead was really on.

The Red Bull had great pace through turn one, and DRS plus the ever-improving Honda power unit kept Verstappen in the hunt on the climb to turn three. This was where Verstappen began applying severe pressure to his former karting rival.

On lap 68 he dived for the inside, got his nose ahead at the apex, and looked to have the move done. But he left room for Leclerc at the exit and the Ferrari’s excellent traction undid the move, notwithstanding the fact Verstappen had his DRS open.

He changed tack the next time around, aided by Leclerc giving up the entire inside line. Verstappen braked deeper, ran slightly wider of the apex, but turn that to his advantage at the exit. He ran wider and ensured Leclerc could not deploy his superior traction by forcing the Ferrari the track – tough stuff, but legal providing the stewards were satisfied Verstappen had ‘won’ the corner.

It took them a long time to decide he had. Ferrari understandably fumed – for the second time in three races, a victory-deciding stewards’ call had gone against them. But if it was easy to sympathise with their situation, team principal Mattia Binotto’s claim the decision was not consistent with the call which went against Vettel in Canada was patently wrong.

Vettel gave some cheer to Ferrari by relieving Hamilton of fourth place with two laps to go. Bottas backed of considerably after being passed by Verstappen, to the point that Vettel was within DRS range of him at the chequered flag.

Norris impressively saw off Gasly and led the midfielders home, but both might have had a tougher end to the race had Carlos Sainz Jnr not damaged his front wing. The McLaren driver had raced through the field from 19th on the grid and was bearing down on them when he suddenly noticed his aerodynamic balance change.

He fell back into the clutches of the Alfa Romeo drivers. He held back Raikkonen, who in turn had close attention from Antonio Giovinazzi, who collected his first point with 10th place.

Despite the heat, all 20 cars were still running at the end. Sergio Perez couldn’t deprive Giovinazzi of the final point, and behind him the two Renault drivers exchanged places on the final lap, Daniel Ricciardo coming home ahead. Next up were Lance Stroll and Alexander Albon, the latter suffering with a bout of hayfever.

Having shown good pace in qualifying, Haas endured more misery on Sunday. Kevin Magnussen triggered the jump start sensor on the grid and was given a drive-through penalty which dropped him to last. Though he managed to pass Robert Kubica, he ended the race still behind George Russell. The first Williams driver home nearly came out ahead of Daniil Kvyat as well after his pit stop.

It was hard to decide whether Magnussen or Kubica had a worse day. The latter finished the race just a few seconds away from going a lap down to his team mate.

It may also have decided both their futures. Before the race began rumours buzzed that Verstappen could leave Red Bull if he reached the summer break without winning a race, and Honda’s future in the sport beyond 2020 is unclear.

This taste of victory gives every reason to believe Verstappen, Red Bull and Honda could be a potent force in the future, perhaps even the one which finally ends Mercedes’ dominance of F1. After all, Verstappen’s win leaves only the Mercedes drivers ahead of him in the championship.