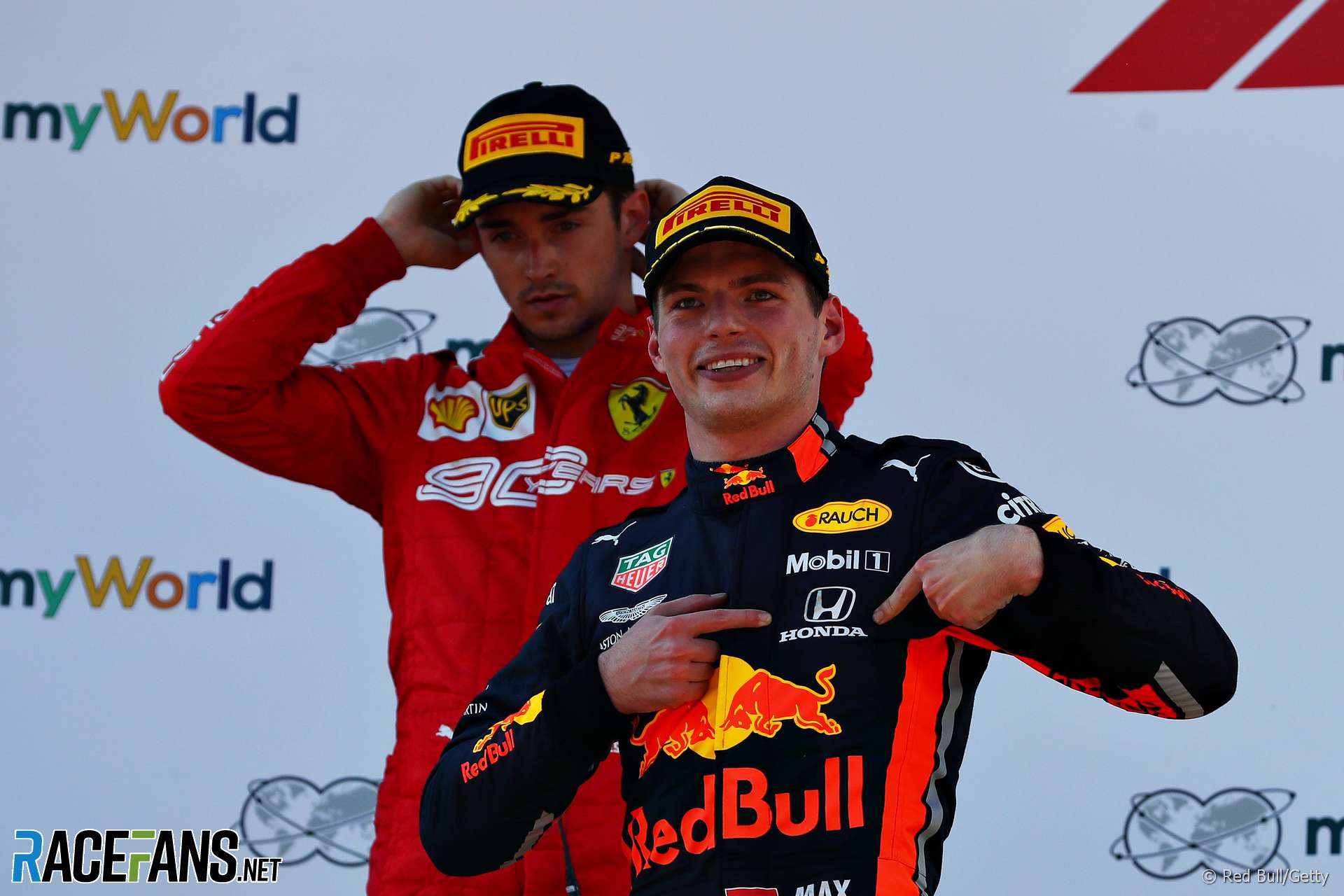 “Honda have done a fantastic job,” said Horner after the partnership achieved its first victory in their ninth race together.

“Obviously when they came back into the sport they had a very tough time in the years they were with McLaren. They then moved to Toro Rosso last year and they had some time to get their house in order and start to progress.

“We saw that progression and we saw the potential they have which was why we changed supplier this time last year [and] announced that we were moving to Honda.

“And really ever since then all we’ve seen is a real dedicated and determination. And that’s why today having won that race [Toyoharu] Tanabe-san went to collect the trophy for the constructor today. After all the effort they’ve put it was great to see Japan represented up there today and Honda picking up the constructors’ trophy.”

Honda executives attended Red Bull’s home race for discussions with the team about the future of their partnership. “It was great for the vice-president here to see Honda’s first victory in the hybrid era. It was a great performance and one they enjoyed very much,” said Horner.

He believes the victory will encourage Honda to continue its participation in the sport. “I think the fact that the engines [are] converging, there are stable regulations, days like today are only going to help.”