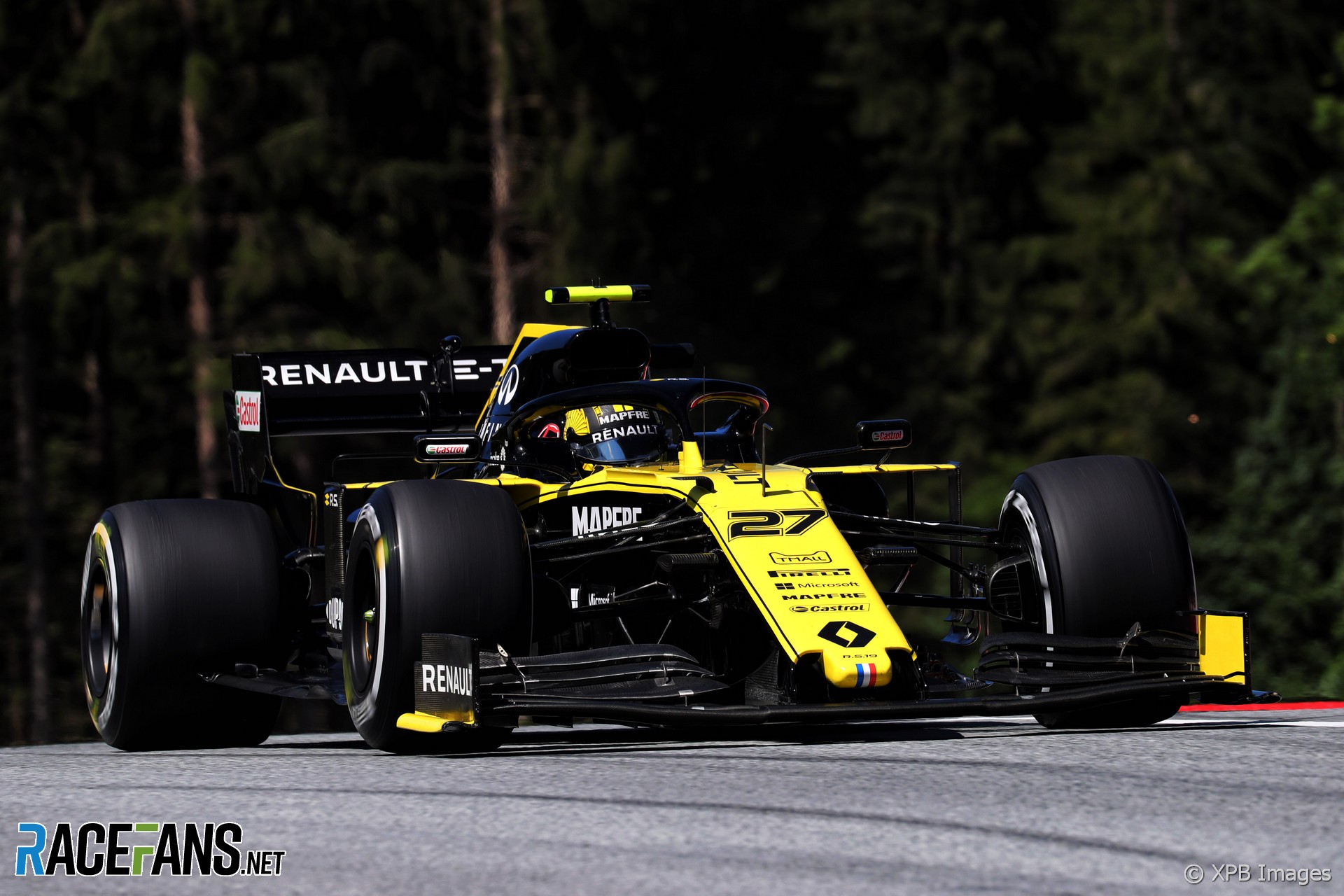 Nico Hulkenberg will also have a grid penalty for this weekend’s Austrian Grand Prix after Renault decided to change his engine.

He will take Renault’s new engine which Daniel Ricciardo already used at the previous round in France. The new engine will be the fifth Hulkenberg has used this year, the first time he has taken a fifth power unit part, meaning he is set for a 10-place grid penalty.

Toro Rosso have also changed more parts of Alexander Albon’s power unit. He has taken a new engine, turbo, MGU-H and MGU-K, which wil increase his store of spare parts he can use without a penalty later in the season.

Albon, who joins Hulkenberg on his fifth engine, was already set to start the race from the back of the grid. Carlos Sainz Jnr, who also has a penalty for an engine change yesterday, will also start from the tail of the field.

4 comments on “Hulkenberg joins Sainz and Albon with engine penalties”