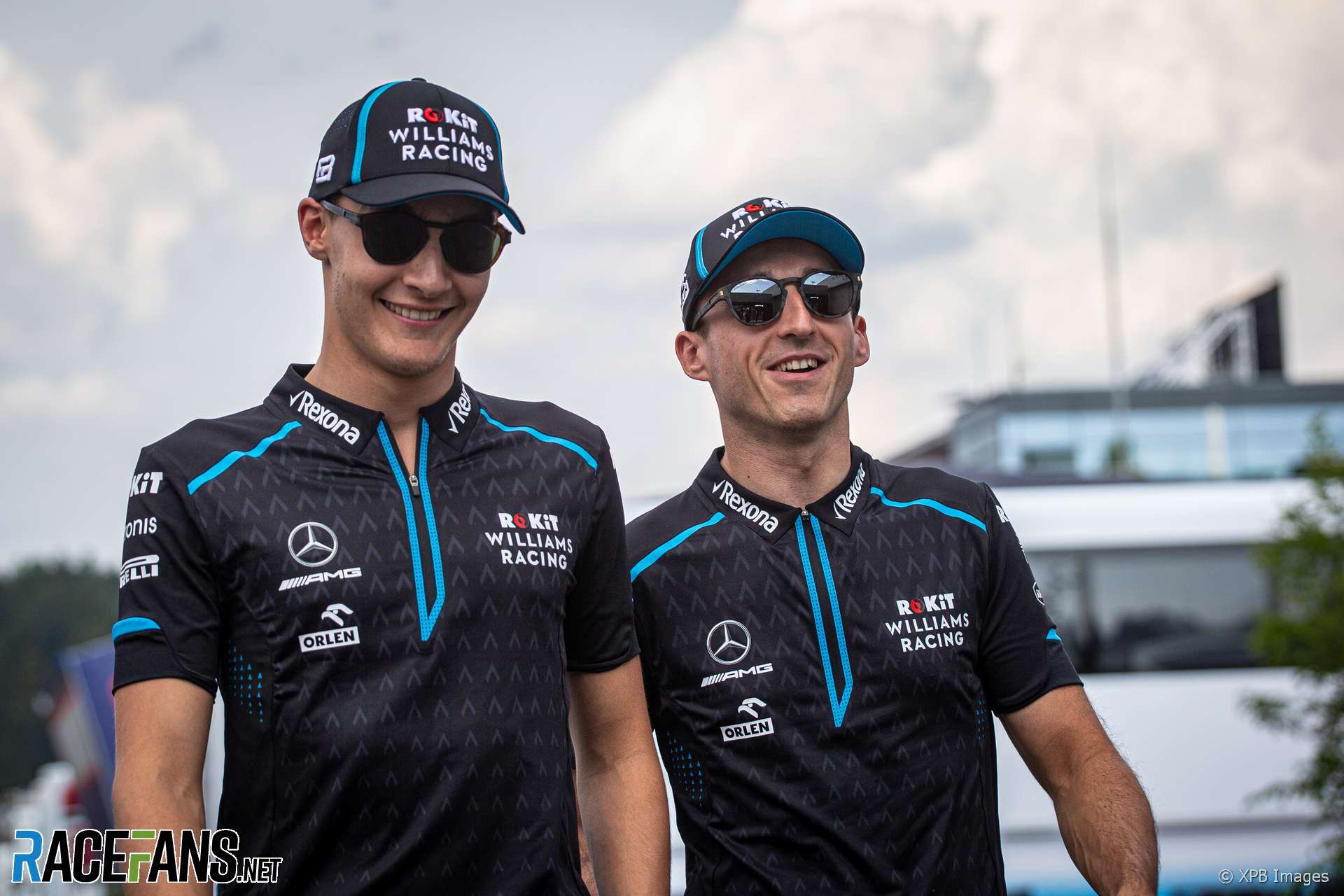 In the round-up: Robert Kubica says his rookie team mate George Russell has everything he needs to succeed in Formula 1 except a capable car.

Kubica was asked about his impressions of team mate Russell after their first eight races alongside each other:

I think we will see in the future years if he gets a competitive car what he will be capable of doing. Definitely he showed great pace and a great talent and big knowledge about what he is doing for his age.

But I think this is a bit a trend of young drivers. The way they grow up is a bit different than 10 years ago and they have an opportunity to know things earlier from a technical point of view and they work with, in George’s case, with Mercedes, which definitely is a big advantage.

I think he has all the cards to deliver but the stronger card is missing: It’s the car.

Marcus will be in the car on Tuesday, with Antonio taking over driving duties on Wednesday. 🤜🤛#AustrianGP pic.twitter.com/qgRH4oAoNN

An ex-Niki Lauda Ferrari 312T on display in the paddock at the Red Bull Ring.

The three-times champion took pole position three years in a row at the venue (then called the Osterreichring) from 1974 to 1976, and finally won his home race in 1984.#F1 pic.twitter.com/vZeXuIjxA6

Teams should have no say in F1 governance, says Agag (Reuters)

"Toto would be great, he would be my candidate. But I don’t know if Chase is going anywhere."

"He might have been anything but committed when quizzed about Bathurst, but did not slam the door completely on the idea of a run at Mount Panorama at some stage. 'Maybe in the future. Not short term,' added Alonso."

Watch to watch for in Austria (FIA F2)

"American driver Ryan Tveter will link up with Maini’s old team Trident in place of Ralph Boschung. The former GP3 man has previously spent two seasons with the Italian based side and it will be interesting to see how the 25-year-old steps up."

"It has been suggested that IndyCar starlet and newly appointed Red Bull Junior Patricio O'Ward, who is making a one-off F2 debut with MP Motorsport at the Red Bull Ring this weekend, will take Ticktum's drive with Team Mugen for the remainder of the Super Formula season."

"I broke my cheekbone. It’s still painful. But on other side (of my face), no nerves. So you can slap me, no problem. This side. I feel nothing."

"It was so tight to have the start immediately before that chicane it was almost certain something would happen."

There are those who are saying F1 is boring, and Formula E is the future. Guess what will happen when Mercedes turn their attention fully to Formula E? In a couple of years they will be the dominant team in the series. And then what will everyone say?
NeverElectric