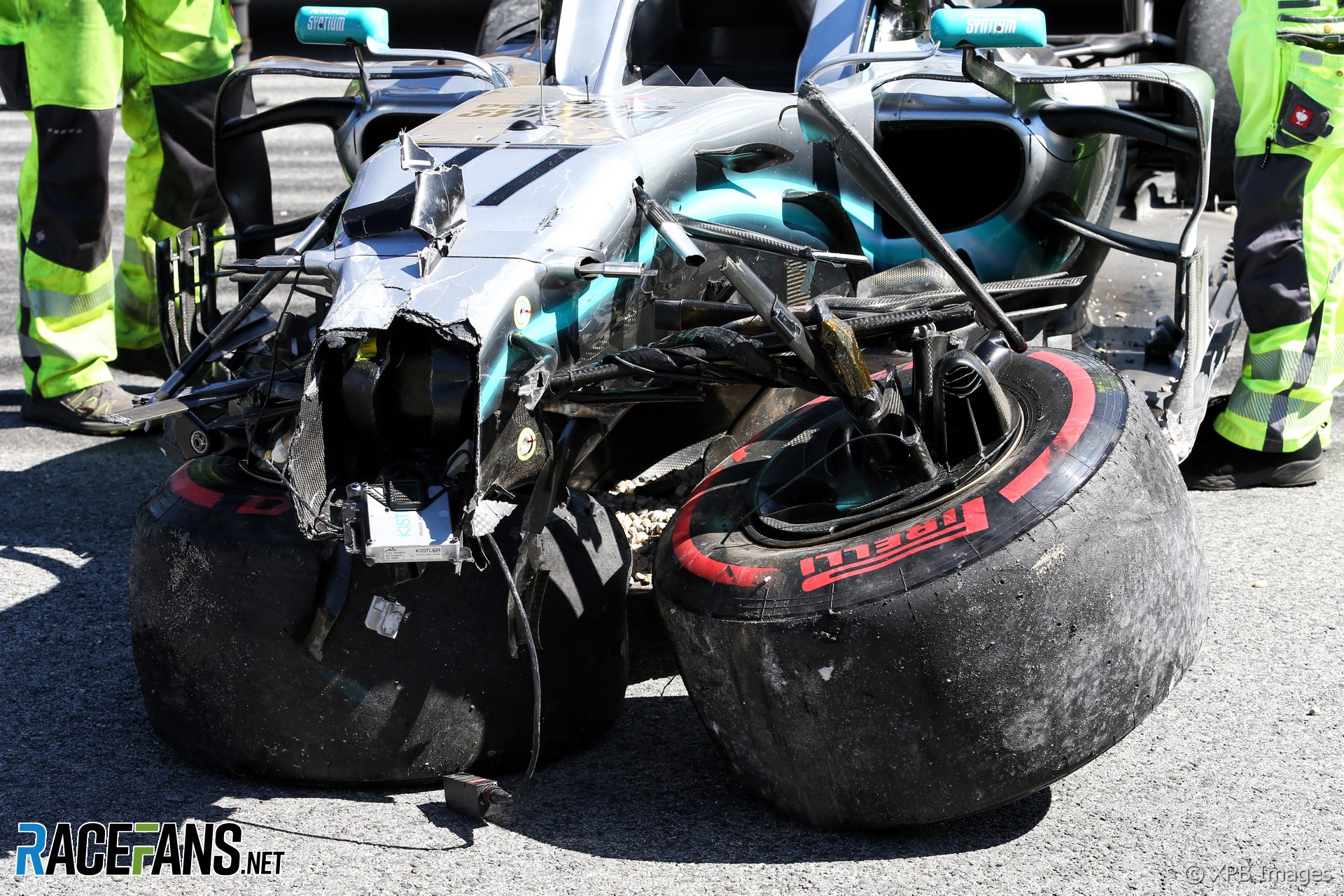 Nico Hulkenberg Valtteri Bottas say they are happy with the run-off arrangements at the Red Bull Ring despite damaging their cars during practice today.

Some team principals caused for changes to the high kerbs around the track after drivers damaged their wings during practice. But Hulkenberg, who brought the first practice session to an early end when he damaged his front wing, said drivers should pay a penalty for running wide.

“It was a mistake from my side just running a bit too fast into that corner and running wide,” said the Renault driver. “I know at high speed these sausage kerbs do a lot of damage. It is the track limit and we know we need to stay within those limits and obey them.

“I made a mistake, I paid the price, this is how it should be. But obviously the car damage that we get from those kerbs is a bit extreme. But I think for this weekend there’s nothing we can do.”

Bottas did even more damage to his Mercedes when his car snapped sideways at turn six, crossed a gravel trap and went nose-first into a barrier. But he also believes driver errors should have consequences.

“I have to say even though I crashed I would prefer to be penalised for your mistakes,” said Bottas. “It makes it a bit more exciting. I think that’s how it should be.

“Definitely the tiniest error will cost a lot here with the aggressive kerbs and the run-offs and everything. So I think that’s the way to go.”