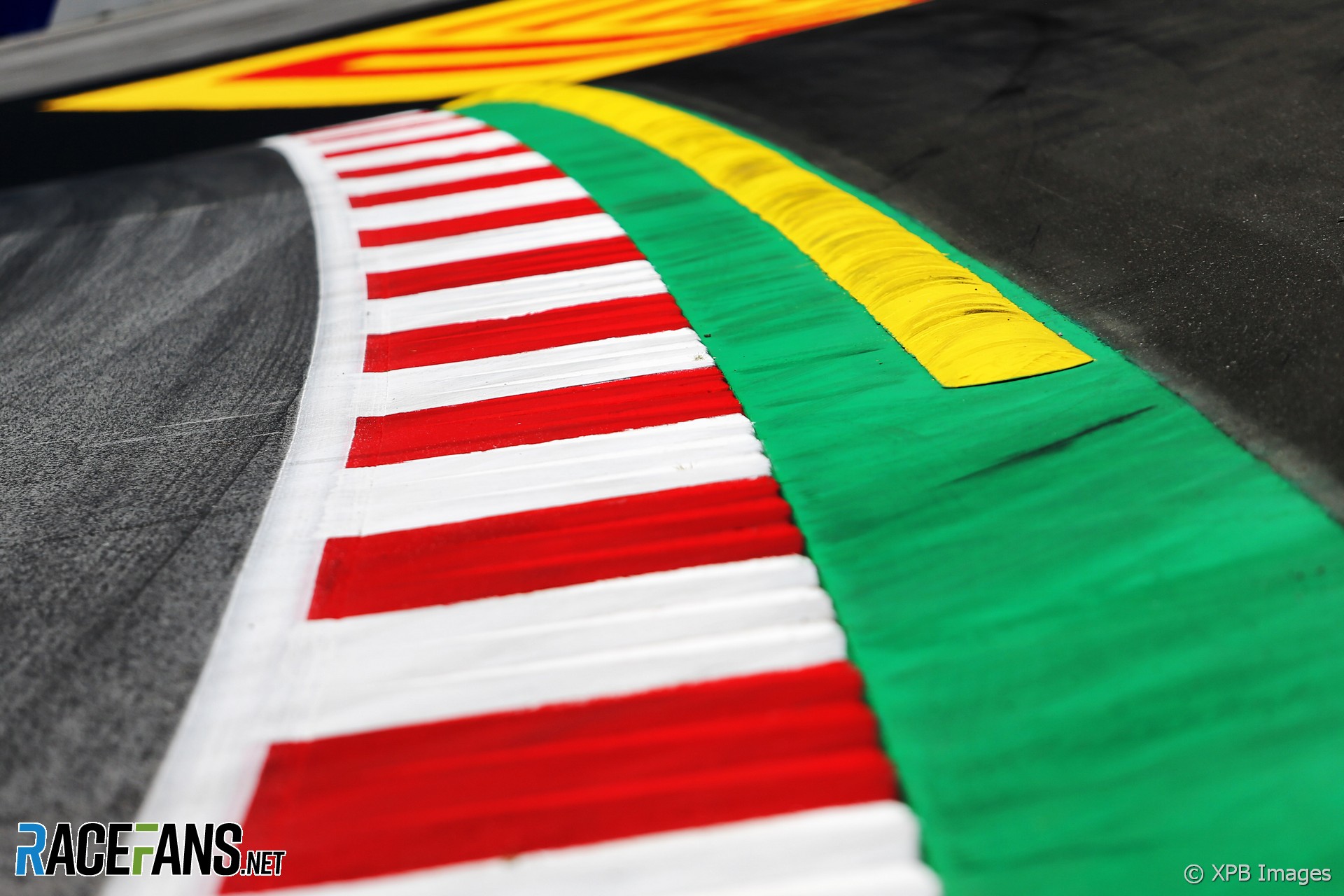 Red Bull team principal Christian Horner and his Mercedes counterpart Toto Wolff have called for changes to the kerbs at the Red Bull Ring after several teams damages front wings during first practice.

The session was red-flagged with three minutes to go after Nico Hulkenberg destroyed part of his Renault’s front wing on the kerb at turn nine. Horner estimated around a quarter of a million pounds’ worth of damage was done to Red Bull’s cars alone.

“It’s been a bit of a challenge,” he told Sky. “We’ve got through about three front wings so far. Probably about £250 grand’s worth of damage. But we’re not alone in that. There is I’m sure going to be a debate about the angle of these yellow triangles, the way they are.”

The track’s kerbs have been a focus of criticism in previous season for causing damage to kerbs. Horner believes they are “too inviting” for drivers. “They know they’re there, I just think the angle that they’re at, I think that’s what they really need to look at.”

“There’s been a lot of discussion about these kerbs here over the last couple of years,” he added. “It needs something either more substantial that is a real deterrent because the invitation is there for the drivers to try to use it.”

Wolff said Mercedes also suffered front wing damage during the session. “We’ve broken two flaps,” he told Sky, “I believe Racing Point has broken a front wing so we need to do something around the sausage kerbs.