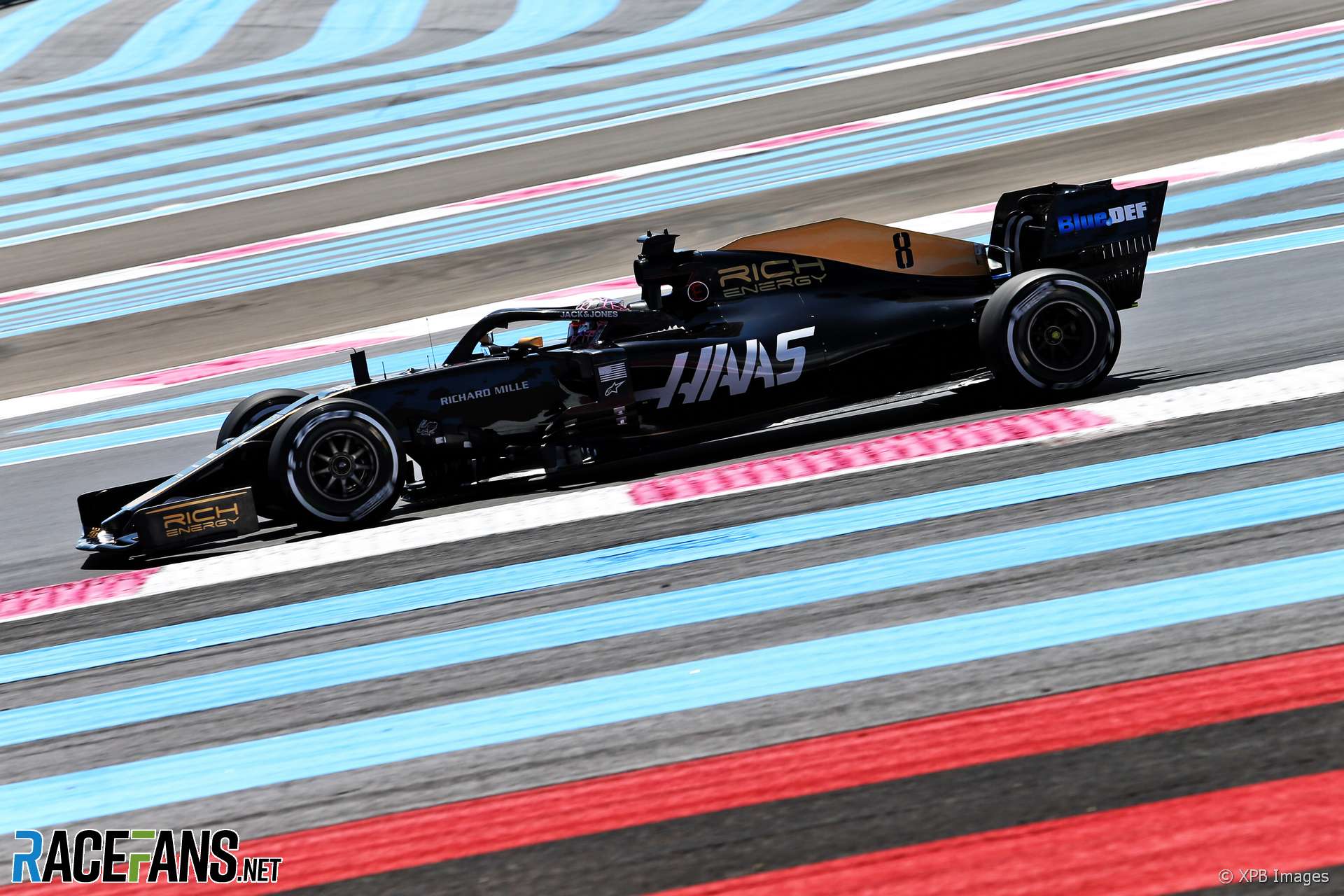 The Haas driver made his comments after Daniel Ricciardo was given two penalties for his driving on the final lap of the French Grand Prix, where he put all four wheels off the track twice at Paul Ricard, which is bordered by asphalt run=off.

Grosjean said the stewards decision was “right” because “there are track limits”. But he says circuits need to put physical deterrents in place to prevent drivers going wide.

“So I think the answer: Is always say Paul Ricard, I love it – it’s my home race, if you put two metres of grass on each side of the white line, the track limits, it can become the best track of the world. But just because there’s so much run-off. who gives a damn about going straight?

Valtteri Bottas backed Grosjean’s criticism of the widespread use of asphalt run-offs at many circuits.

“I think the best thing outside the track is a wall, gravel or grass,” said the Mercedes drivers. “That’s what I prefer. It’s very simple. There is a hard limit and no talks of track limits then.”

The Red Bull Ring, scene of this weekend’s race, is one of few circuits which still has extensive grass and gravel run-offs. While asphalt has been used in some places, high kerbs also deter drivers from running too far wide.

“Some of those very aggressive kerbs, they definitely do the job because you can easily break the car so you really don’t want to go there,” said Bottas.

“But [having] Tarmac everywhere, I don’t like it, but it’s what it is. I’m sure many drivers feel the same but that’s the direction. I’m sure there’s reasons for it but I definitely preferred all the old-school tracks that are kept in similar way but at least the layout is still nice and similar. It has nice character, the track, and even if there’s a bit of Tarmac around I’m sure it’s still gonna be nice.”

The kerbs at turns three, four, seven, eight and nine have been extended at the circuit ahead of this year’s race, and further run-off added at turn four. “It hasn’t really changed, just some of the kerbs have been extended,” said Grosjean.

11 comments on “Excessive asphalt run-offs are a “nightmare” – Grosjean”