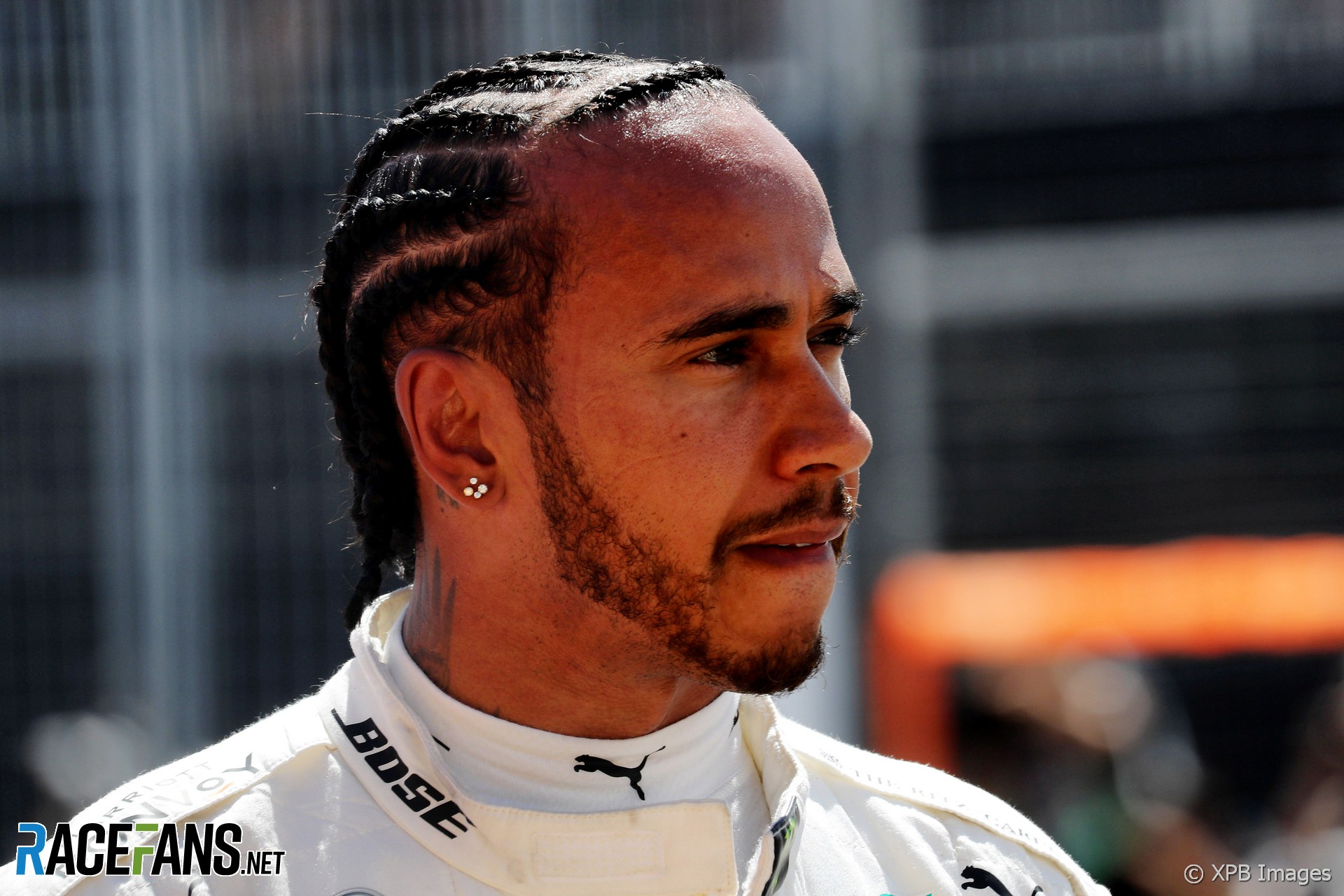 Lewis Hamilton has spoken out against returning to 2018-specification Formula 1 tyres ahead of a meeting between teams, the FIA, FOM and Pirelli tomorrow.

Some teams, including Red Bull and Haas, have called for F1 to bring back the thicker-gauge tyres which were used last year. Red Bull team principal Christian Horner said in Canada it would be “in the interests of entertainment in Formula 1” as he believes the 2019 rubber suits Mercedes better.

Mercedes and McLaren are among those who have spoken out against bringing back the 2018 tyre compounds. Toto Wolff, Mercedes team principal, accused his rivals of “opportunistic actionism” by pushing for the change.

Formula 1 motorsport director Ross Brawn is flying to Austria to attend tomorrow morning’s meeting. Hamilton said he expects the Grand Prix Drivers’ Association to be represented at the meeting and argued against returning to last year’s tyres, saying it would make the racing worse.

“Tomorrow morning they have a meeting [of] the tyre group,” said Hamilton, “We are all united in that so hopefully a driver will be in there. He doesn’t have to say anything but if they’re going the wrong way we [can] say ‘actually, no, that’s not the case’.

“Because I heard for example they’re trying to bring back 2018 tyres which were worse than [this] year’s tyres.

“Last year you had to manage the tyres to a temperature which means you have to do more lift-and-coasting, you had more blistering, it was a lot worse. You couldn’t do, for example, what I was able to do in the last race, or even in Montreal, where I was able to push behind Seb [Vettel]. You couldn’t do that on last year’s tyres, particularly the thicker-gauge tyres.”

Hamilton echoed Wolff’s words, saying the move was “an example again of different teams pushing for different things for their own personal goals rather than for the sport’s.” He called on F1 participants to “find solutions that work for everyone, if possible, and not for individual gain.”

“As I said we need to go more in the direction of the tyre that worked great in Montreal, if we can have more races where we can push the tyre longer, less degradation, even to the Montreal tyre for example I think would be a good step forward.”

However Vettel said he is open to trying the old rubber. “You don’t know until you try something,” he said when asked by RaceFans.

“We didn’t drive last year’s tyres and this year’s car, with the current pecking order etc… So in this regard I don’t know.

“I think it’s a fact we struggle more this year to get the tyres to work, to get the tyres in the right window, than we did last year. So as simple as that. I don’t know what is the intention going forward, we’ll see what comes out tomorrow morning and I think we’ll take it from there.”