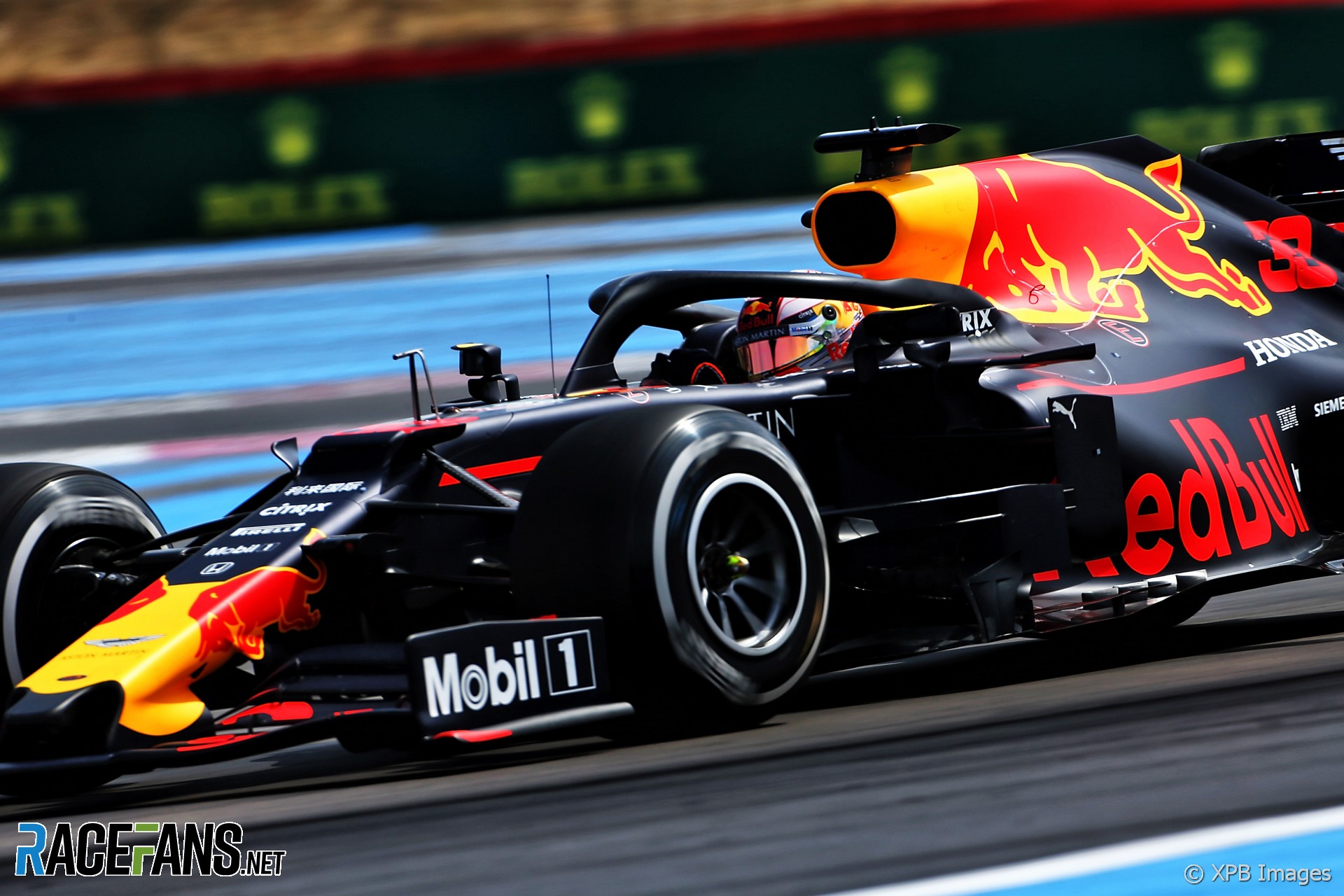 Max Verstappen says the French Grand Prix showed Honda did not make enough progress with the latest revision to their power unit.

Honda, who had already introduced an upgrade for its power unit at the Azerbaijan Grand Prix, brought its ‘spec three’ hardware for Verstappen, Pierre Gasly and Daniil Kvyat last weekend. However Verstappen is concerned about their rate of progress compared to their rivals.

“You could see in lap one I think we are missing some top speed to the top guys,” he said in response to a question from RaceFans. “The McLarens behind are very quick on the straight.

“The car balance is not too bad. We do need to gain a bit of performance from the car to be really competitive. We do need to make a bigger step also with the engine.”

“You could see the Renault over one lap they have a quite powerful ‘quali mode’ or whatever they use in lap one,” he added. “Afterwards they have to back it out, of course, and then you can see they are not a threat any more. But over one lap we can definitely improve a bit more.”

Verstappen believes further gains from Honda are “definitely coming,” in “the upcoming races.” But he is concerned for Red Bull’s prospects at its home race.

“[It’s] not much better than this weekend, I think, to be realistic, but we will see.”

“A lot of straights and not many corners to really gain a lot – if you already gain something, because at the moment I don’t think we are that superior [there].”

106 comments on “Verstappen: Honda needs to “make a bigger step””