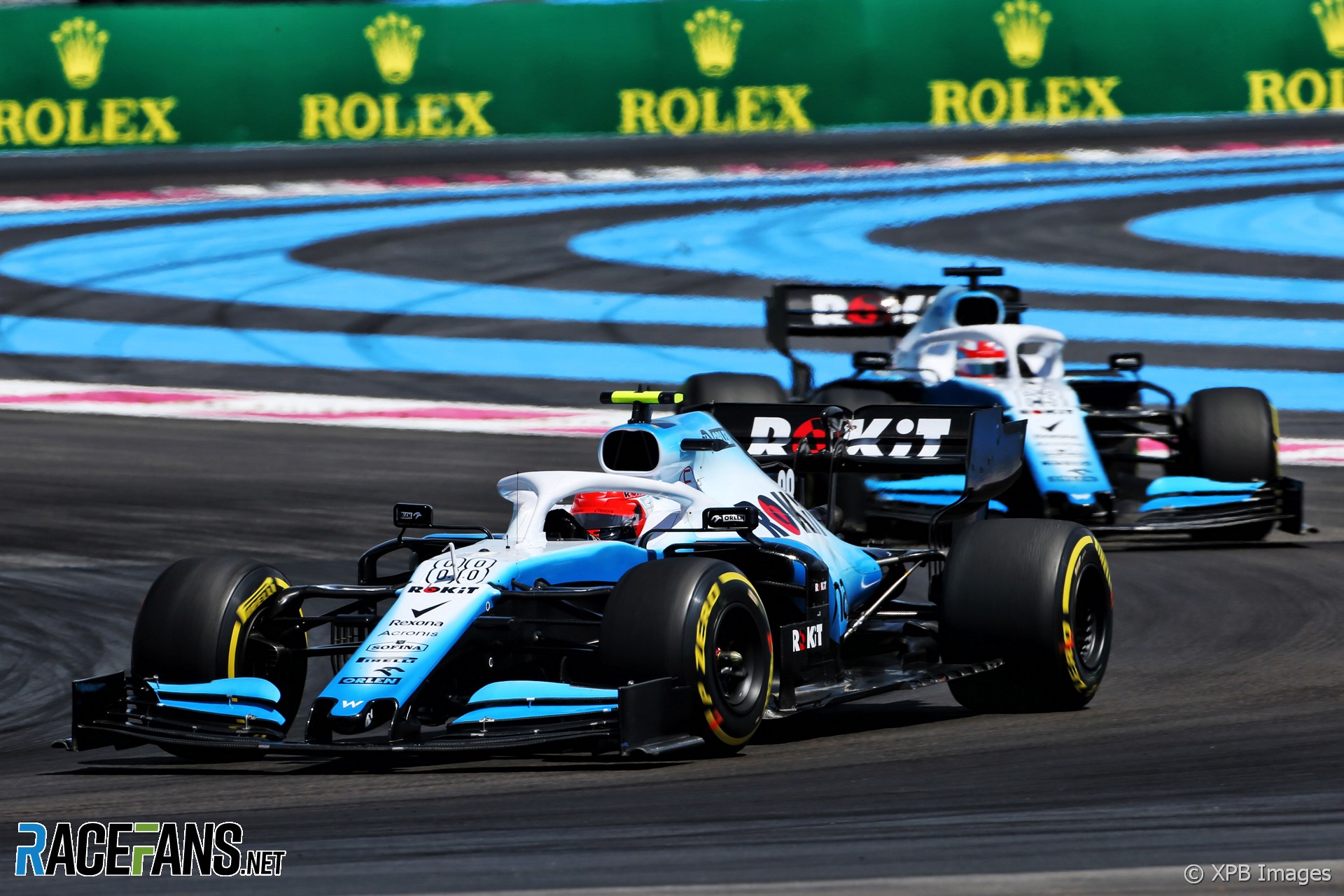 George Russell said his fight with Robert Kubica was “good fun” despite having to pit for a front wing change after being forced wide by his team mate.

Russell qualified ahead of the other Williams but had to start behind due to a penalty. Although he told the team on the radio he was quicker than Kubica, Russell said he wasn’t hoping they would be ordered to change places.

“I told the team at the start I felt I was quicker than him but didn’t expect anything to change, I wanted to do it fairly and properly on track.

“The first attempt I went wide and damaged the front wing. The second attempt I made it stick and it was quite a hairy move but it was the highlight of my race.”

Russell had to make a second pit stop to replace his front wing. He said he wasn’t aware it was damaged.

“From my side I felt no difference,” he said when asked by RaceFans. “But the team were seeing some issues, I think maybe there was just a small crack or something when I when I hit the polystyrene board.

“If we were fighting for points we would’ve stayed out there and gambled but there was no need.”

Russell said that on reflection it would have made sense for the team to intervene in the battle between its two drivers.

“The team are giving us equal opportunities and that’s how it should be.”

9 comments on “Russell enjoyed “hairy” scrap with Kubica despite damage”