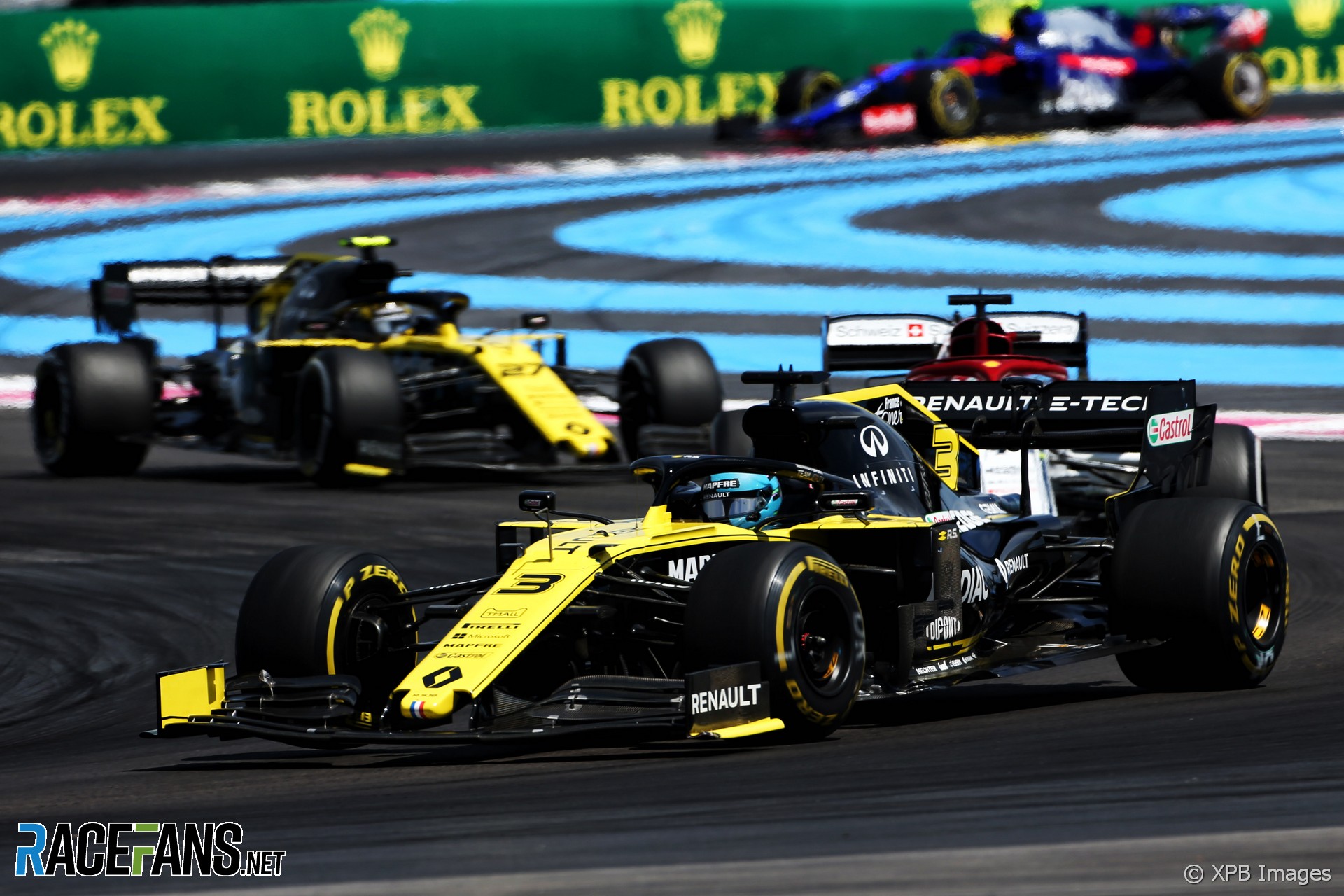 Daniel Ricciardo has been relegated to 11th place in the French Grand Prix after being given two five-second time penalties.

The stewards ruled Ricciardo left the track and rejoined it unsafely, forcing Norris off the racing line,

“Ricciardo started to pass Norris on the outside at turn eight. At the exit of the corner he distinctly left the track and the stewards determined that he re-joined at an angle that forced Norris off the track to avoid the collision.

“The stewards accepted Ricciardo’s explanation that when he was re-joining the track, he had slowed considerably, going down extra gears and locking up the front left tyre. He also stated that the rumble strips in the turn made the car more difficult to control. However, the stewards considered that the sequence of events constituted re-joining the track unsafely, and he subsequently took the position from Norris.”

The stewards also ruled that Ricciardo completed a pass on Raikkonen by putting all four wheels off the track.

“Following the incident at turn eight with Norris, Raikkonen managed to pass both Norris and Ricciardo. Ricciardo, who by then had regained control of his car then chased Raikkonen from turn 9 and subsequently passed Raikkonen. Raikkonen defended his position on the straight moving slightly to the right.

“However, Raikkonen never put any part of his car off the track and he did not make any move to the right while any part of Ricciardo’s car was alongside, and did not crowd Ricciardo off the track. To make the pass Ricciardo drove off track and then subsequently completed the pass, gaining a lasting advantage.

“The stewards reviewed the case to see if it was a continuation of the previous incident. However, Ricciardo clearly had regained control of the car following his incident with Norris and the pass off-track was a separate incident.”

The Renault driver said he’d tried to keep his car within the circuit boundaries during his last-lap fight with Norris and Raikkonen.

“I did all I could to stay on the track,” he said. “But with this new surface as well you can see there’s a shiny line which is full of grip, anything off that it’s literally like marbles.”

“I’m glad I tried,” he added. “I have no regrets whatever happens because it’s the last lap, it’s a position and it’s never my style to sit back and be the conservative one in a battle.”

Ricciardo has also been given a total of three penalty points on his licence, taking him up to a total of five.