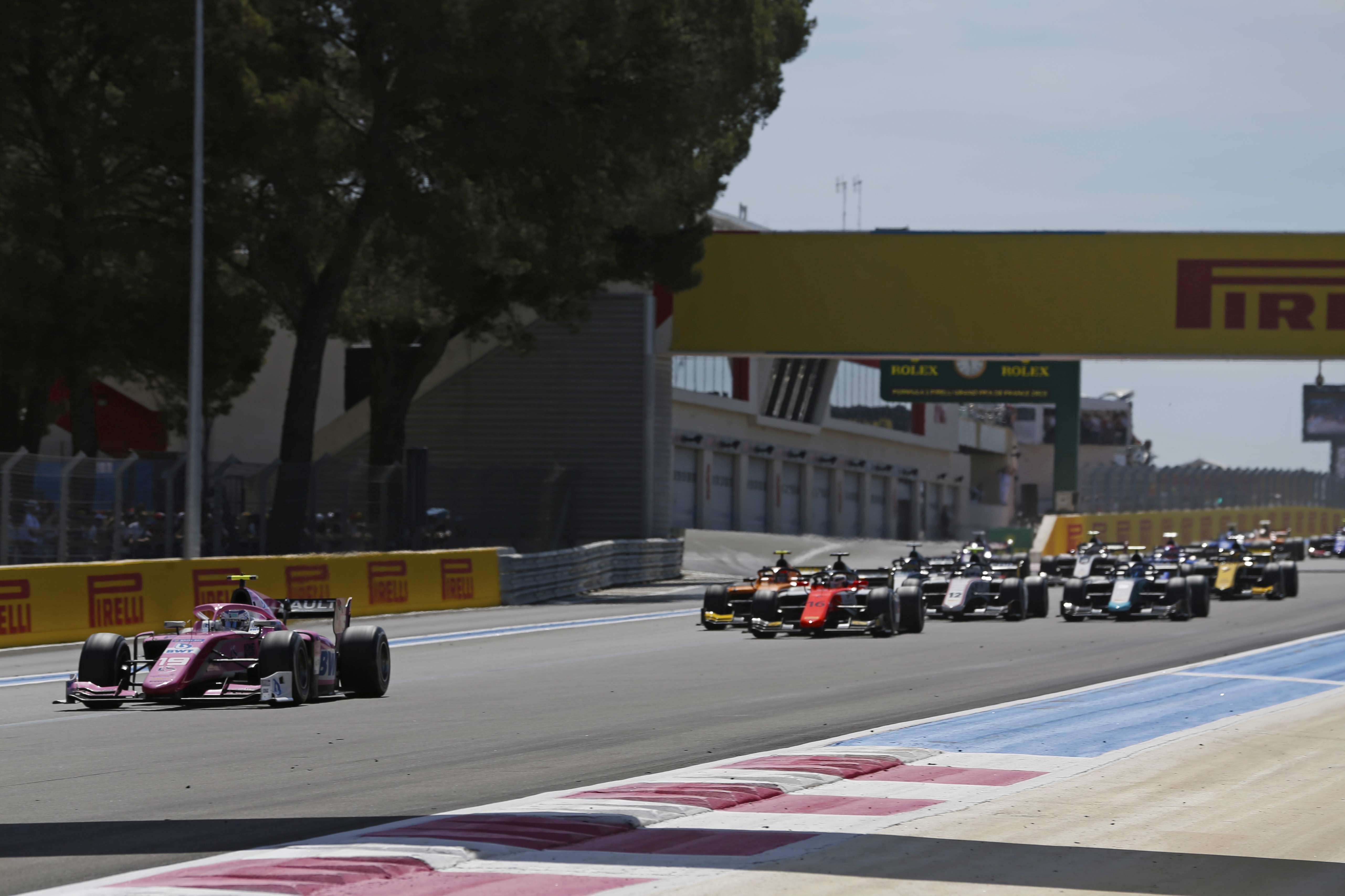 The Arden driver was briefly challenged by Jack Aitken, who made a rapid start from sixth place to claim second early on. However the Campos driver’s efforts to wrest the lead from Hubert left him exposed to Juan Manuel Correa and Guanyu Zhou.

The pair demoted Aitken in quick succession, and went on to complete the podium behind the home driver, whose success was cheered by the local crowd waving Tricolours.

Race one winner Nyck de Vries finished out of the points after starting eighth. Sergio Sette Camara, whom de Vries shared row four with, rose to fifth. Nicholas Latifi, who arrived in France leading the championship, followed up his disappointing Monaco round with another sub-par weekend, adding sixth place to the fifth he took yesterday.

Mick Schumacher capped a disastrous weekend by retiring just after half-distance. Tatiana Calderon also failed to see the chequered flag. Mahaveer Raghunathan, who is banned from the next round in Austria after exceeding the penalty points limit yesterday, finished a distant 18th, 40 seconds behind pit lane starter Sean Gelael.